The Empire Strikes Back / B1 / advance / Japan 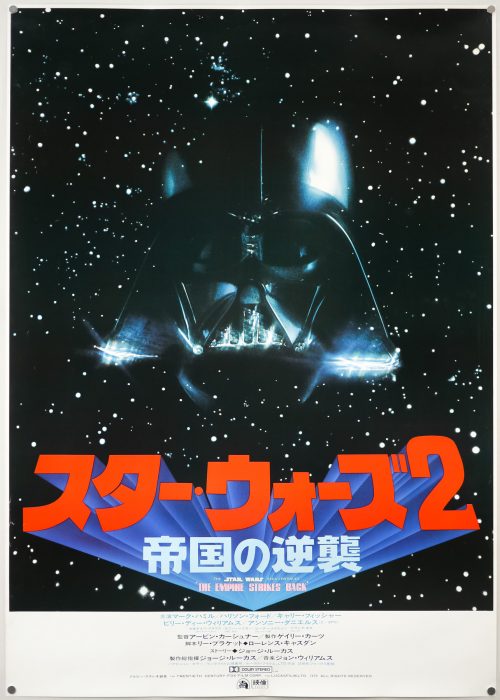 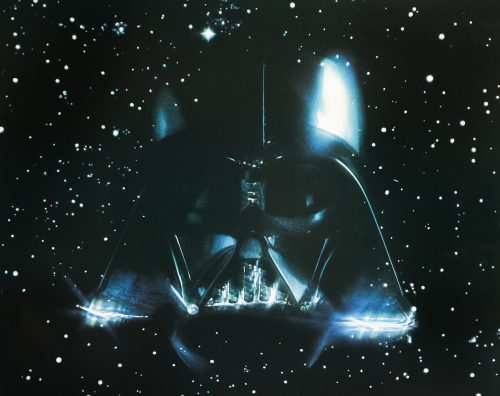 This is the B1 advance poster for the Japanese release of The Empire Strikes Back, which by 1980 was one of the most anticipated sequels in the history of cinema following the continuing international success of George Lucas’ original Star Wars (1977). This image of bad guy Darth Vader’s helmet was also used for the North American advance one sheet and is a photograph of a prop helmet created to be worn by Dave Prowse in the original trilogy. The photo shoot for this poster was apparently done by the respected poster designer and artist Bob Peak, who was responsible for many classic 70s and 80s posters, including Apocalypse Now, The Spy Who Loved Me and Superman.

This image was only used for the B1 size Japanese poster, with a photographic montage being used for the standard B2 whilst Noriyoshi Ohrai was responsible for the artwork on the superb alternative style B2, which was also printed as a B1 size poster.

To see more posters by Bob Peak in the Film on Paper collection click here.