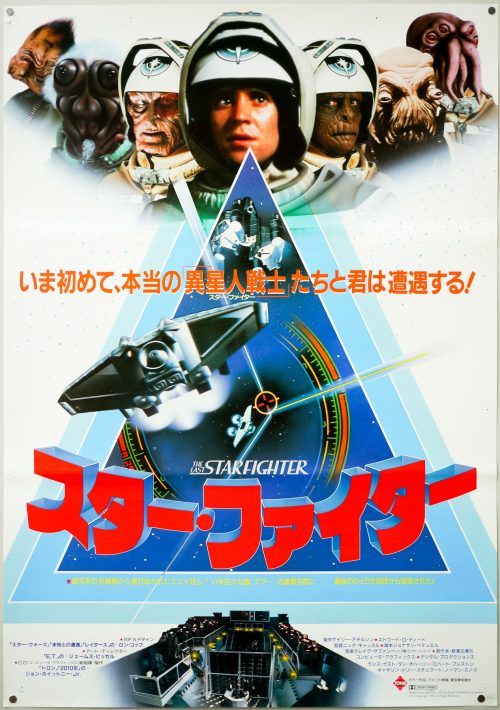 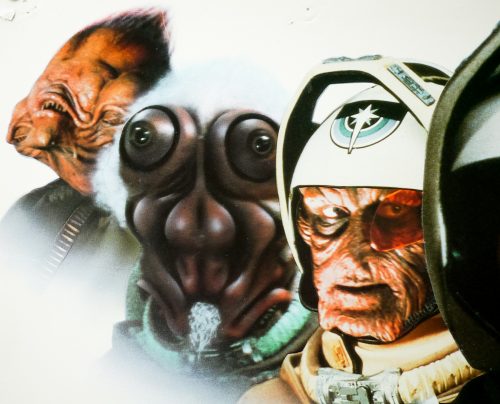 A minor sci-fi classic, The Last Starfighter is one of those perennial favourites that seemed to be on TV every month and, along with films like Flight of the Navigator and The Goonies, became a cult favourite for children of the 1980s. The film’s plot is fairly straightforward; Alex Rogan (Lance Guest) is a frustrated teenager who dreams of leaving his small American town to study at university, despite the protestations of his girlfriend Maggie (Catherine Mary Stewart). One day he beats the high score of an arcade game called Starfighter that is secretly a recruiting tool for the Star League, a team of space pilots who are battling against an overwhelming force threatening the entire galaxy. When an alien recruiter arrives and takes Alex to the headquarters of the defence force, the teenager is at first reluctant to join the war, but when a surprise attack from the enemy force destroys most of the command centre and the other starfighters, Alex decides to step up to the challenge.

Ably directed by Nick Castle, a friend and former classmate (at USC) of John Carpenter – Nick actually played the part of Michael Myers in Halloween – the film has a sweet story filled with memorable characters, such as the late, great character actor Robert Preston as the alien benefactor who recruits Alex and Dan O’Herlihy as Grig, his alien co-pilot (as seen to the right of Alex on this poster). The film is perhaps most notable for being a milestone of technical achievement for its pioneering use of CGI to depict most of the scenes involving space battles, or ‘digital scene simulation’ as it’s (unusually) credited as on the bottom of this poster.

A company called Digital Productions was hired to work on these sequences and, as detailed in the excellent making-of documentary found on the blu-ray of the film, the artists and technicians were pushing the boundaries of what was possible with the available hardware – a giant supercomputer called Cray – on a daily basis. It was the first time that CGI was used to depict scenes in a film that weren’t explicitly part of a computer simulation (like Tron, for example) and the team had to battle against time and a plentiful supply of naysayers who were trying to push Castle and the producers to use the more traditional model work seen in other films of the period. The director stood his ground and the results speak for themselves. Viewed now it’s clear how far the technology has come, but audiences must have been thrilled back in 1984 and some of the sequences still look pretty decent even today.

This Japanese poster features a montage of images from the film, including some of Alex’s fellow starfighters, although fans of the film will notice that the designer of the poster has taken some liberties by placing a starfighter helmet on the head of one of the main bad guys (the brown-faced alien with the eye glass). I’m assuming it had something to do with making the design more symmetrical, unless there’s a deleted scene that I’m unaware of!

The Last Starfighter / one sheet / USA 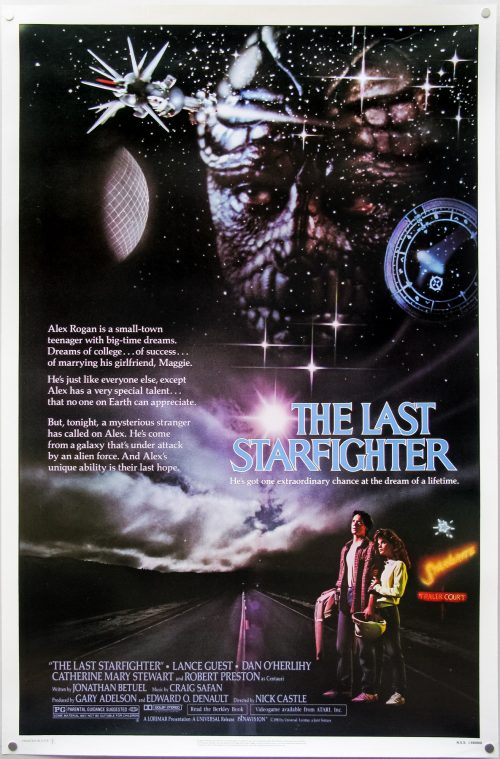 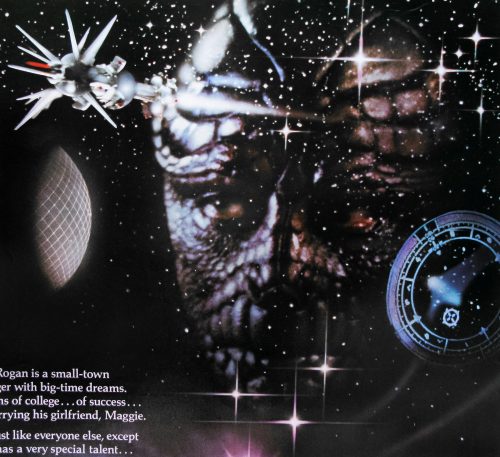 Tagline
Alex Rogan is a small town teenager with big time dreams. Dreams of college... of success... of marrying his girlfriend, Maggie. He's just like everybody else, except Alex has a very special talent... that no one on Earth can appreciate. But, tonight, a mysterious stranger has called on Alex. He's come from a galaxy that's under attack from an alien force. And Alex's unique ability is their last hope. 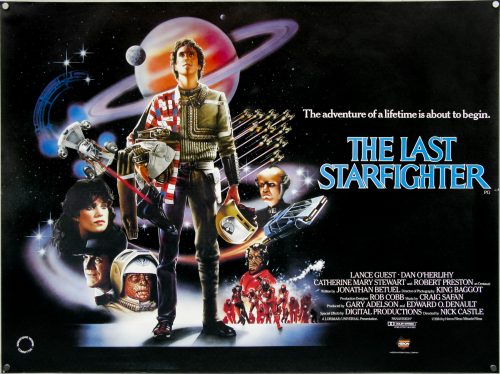 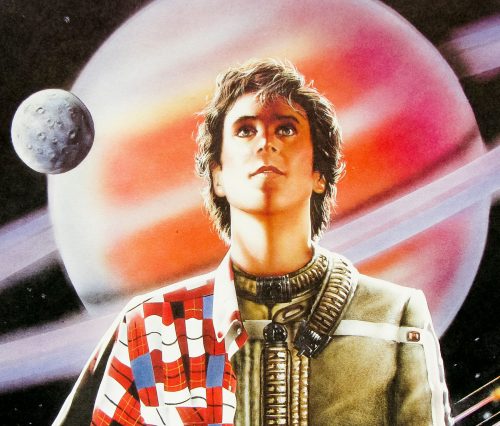 Tagline
The adventure of a lifetime is about to begin.