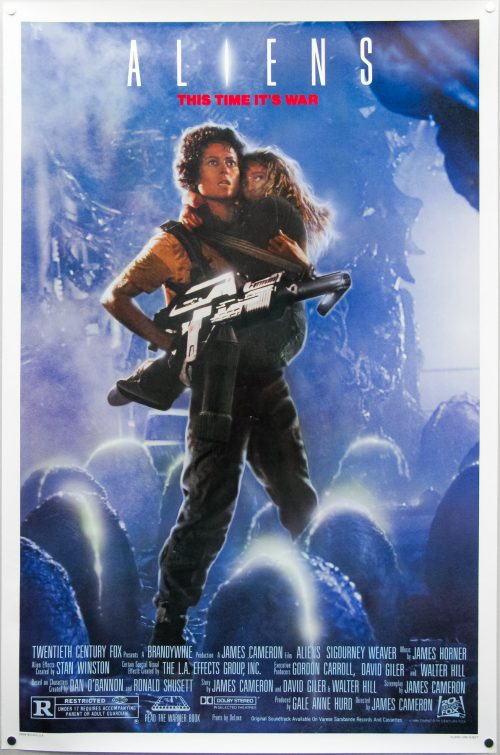 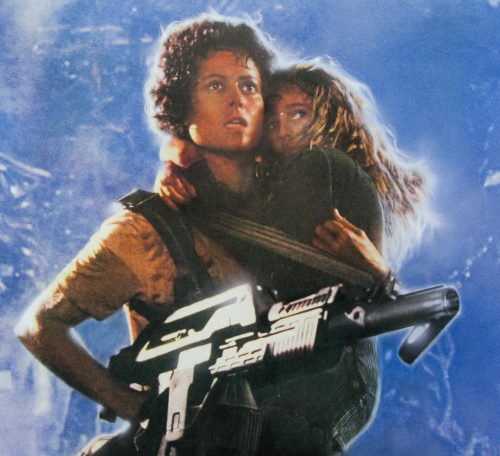 Tagline
This time it's war

This one sheet was supposedly withdrawn by the studio after Sigourney Weaver objected to the image of her toting the pulse rifle/flamethrower bundle as she is known to be staunchly anti-firearms.

Several hundred copies of the poster must have survived the withdrawal and have made their way into collectors hands. I owned a reprint of this poster before I started collecting original one sheets and the quality of the reprint was atrocious.