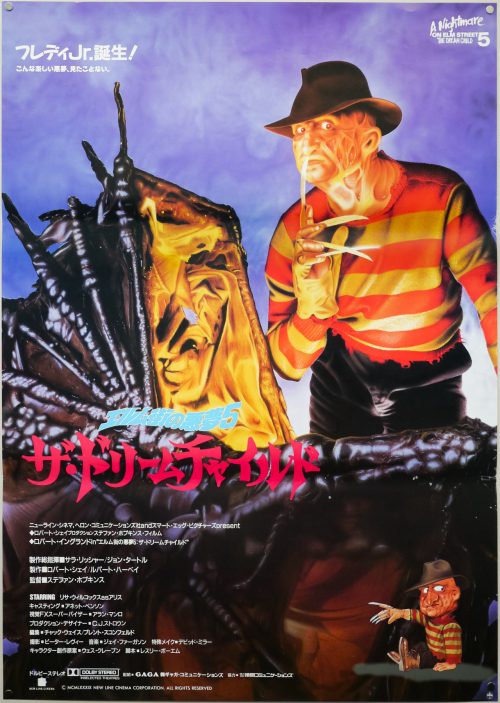 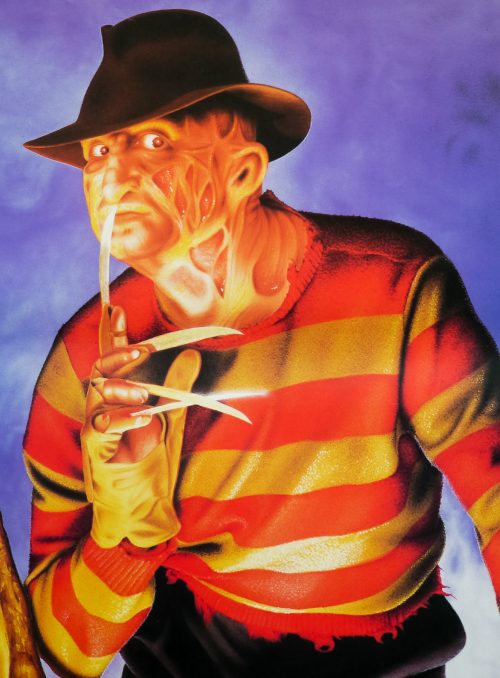 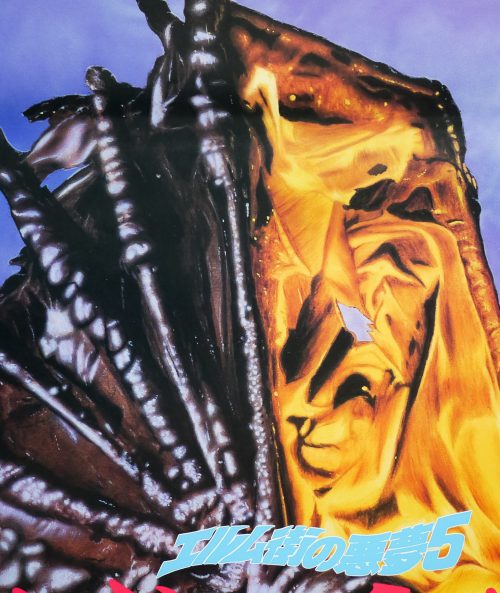 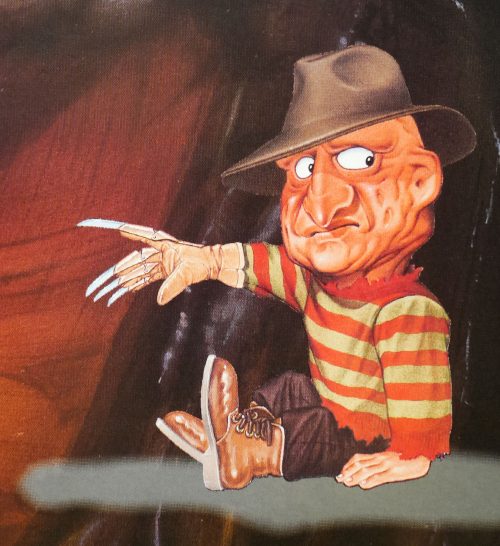 Unique artwork features on this Japanese B2 for the release of the fifth entry in the much-loved horror franchise, A Nightmare on Elm Street 5. The film’s subtitle ‘the Dream Child’ hints at the plot for the film, which sees Freddy attempting to return from hell by using the mind of an unborn baby. The child belongs to Alice (Lisa Wilcox) who was the main character in the previous film and the father is her boyfriend Dan (Danny Hassel) who also returns from Part 4. The Dream Child was only the second film directed by Stephen Hopkins, the Jamaican-born English-Australian director best known for helming Predator 2 and the 1998 reboot of Lost in Space.

Alice and her friends must once again battle together with the spirit of Amanda Krueger to stop Freddy before he is able to return and take over the mind of Alice’s unborn son (Jacob). To be honest, the film gets very confusing and it’s hard to follow what’s happening most of the time, never mind how an unborn baby suddenly becomes a ten-year-old child in some of the sequences. The usual dream deaths are pretty dark and there are some gruesome moments for horror hounds, but the story barely hangs together, with choppy editing and hammy acting not helping at all. Although not a box-office disaster, the film failed to take anywhere near the box-office of Part 3 and 4 and audiences were certainly cooling towards the franchise by this point.

This artwork is a modified take on the photographic image of Freddy with the pram seen on the German A1 poster. I’m not sure who was responsible for the painting so if anyone has any ideas please get in touch. The small illustrated figure in the bottom right is actually from the alternate style Japanese B2 poster which I also have in the collection here.