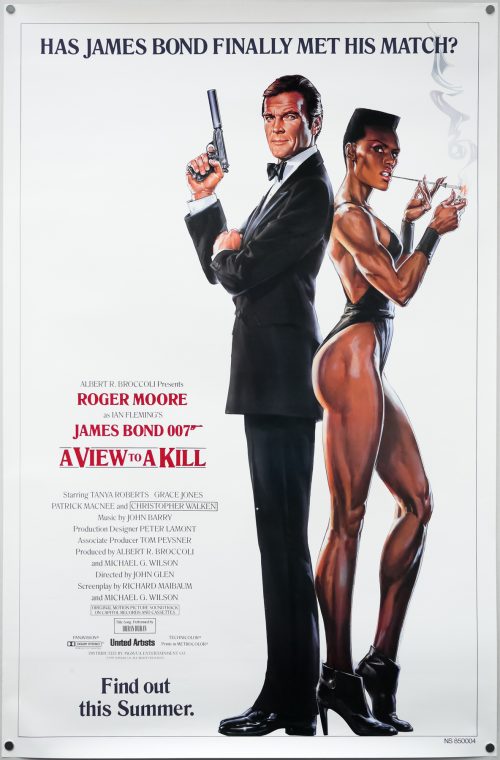 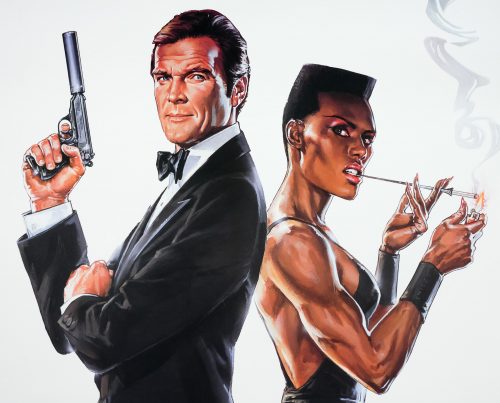 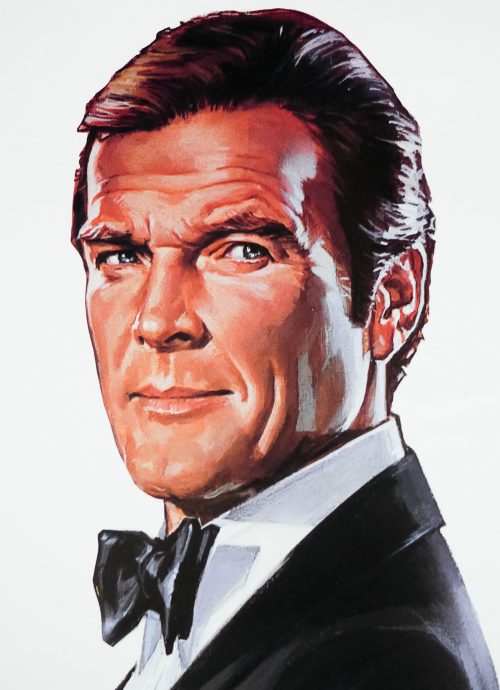 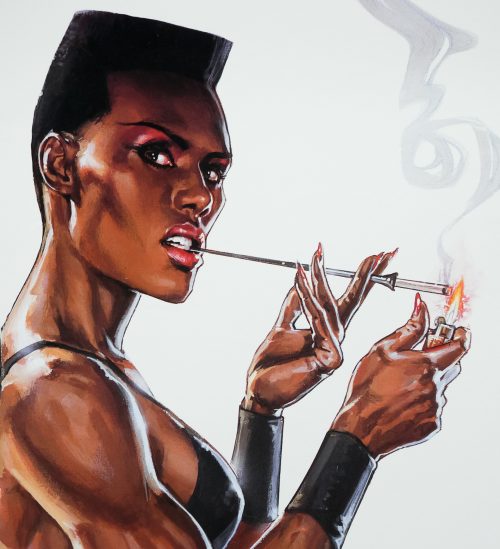 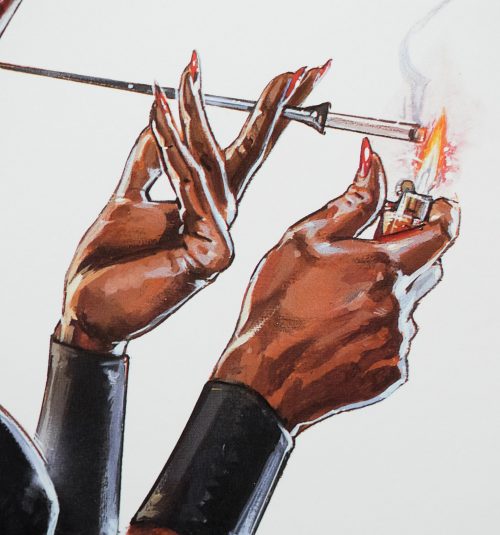 Tagline
Has James Bond finally made his match? | Find out this summer.

A View to a Kill, Sir Roger Moore‘s last outing as James Bond was definitely not his finest hour, although it is memorable for a few reasons, including Christopher Walken‘s turn as the psychotic bad guy Max Zorin, Duran Duran’s great title theme and the appearance of the incomparable Grace Jones as Mayday, Zorin’s accomplice. She may not be the greatest actress but she’s never anything less than a striking presence and is definitely not a lady to mess with, as British chat show presenter Russell Harty infamously found out.

The film features a climactic fight atop the Golden Gate Bridge in San Francisco, which sees Bond and Stacey Sutton (Tanya Roberts) face off against Zorin and his henchmen in the Zorin Industries airship. Special effects supervisor John Richardson filmed a series of sequences featuring stunt performers on top of the actual bridge that were later matched up against green-screen shots of the actors. This was the first Bond film to have its premiere held outside the UK; it opened on the 22nd of May, 1985 at San Francisco’s Palace of Fine Arts.

The excellent artwork on this advance one sheet (those are some very long legs!) is by the American poster artist Dan Goozee who was also responsible for a few other Bond posters, including Moonraker and Octopussy, as well as several other classic designs from the 1980s. The other posters I’ve collected by him can be seen here.