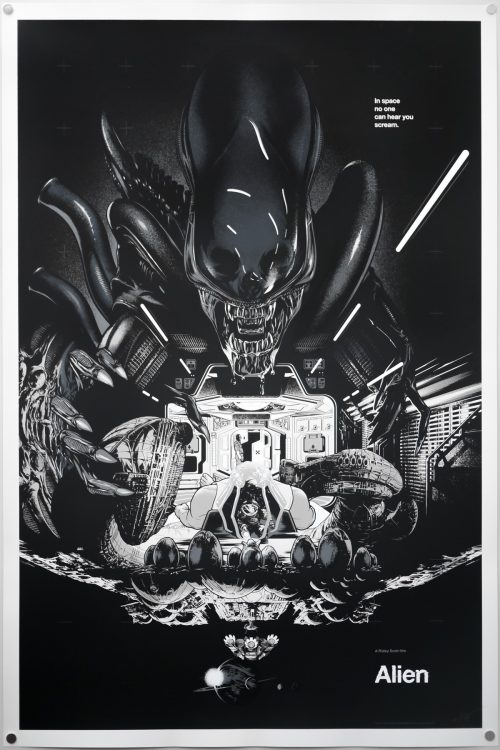 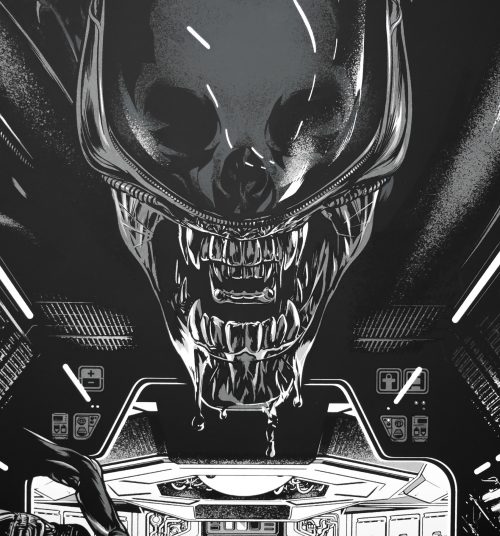 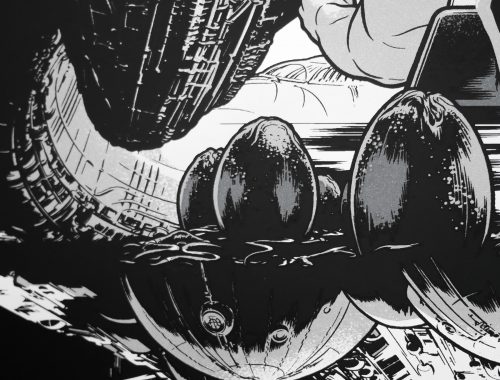 Ridley Scott’s seminal sci-fi horror Alien may be over 35 years old but its impact on cinema and pop culture is still being felt today. The film featured a breakout performance by Sigourney Weaver as Ripley, a member of a deep space mining crew who respond to a distress signal on an unexplored planet and end up fighting for their lives when a malevolent alien creature is brought back onto their ship The Nostromo. Despite countless imitators over the years no one has yet managed to better the original and Scott himself even tried (and fell short IMO) with 2012’s prequel Prometheus.

This screen print by the Uruguayan artist Martin Ansin was released by the incomparable Mondo, the Austin-based purveyors of limited edition posters and film merchandise. The print was one of several created by Martin Ansin for a joint show with fellow artist Kevin Tong held at the Mondo Austin gallery during March 2014. Ansin also worked on a print for Ridley Scott’s Alien prequel Prometheus and other films covered by the pair included James Cameron’s sequel Aliens and Flash Gordon. Badass Digest (now Birth Movies Death) went to the show and interviewed Ansin and Tong, which can be read here and Collider.com ran an article featuring loads of images from the show. There was a variant of this print available that was printed with a gold colour scheme, also with metallic inks.