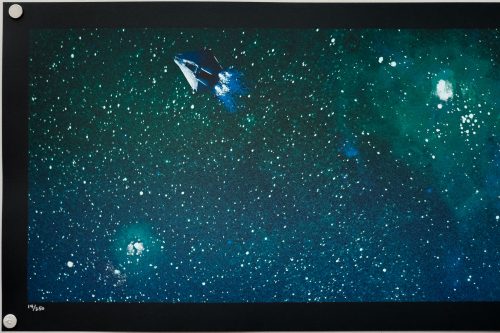 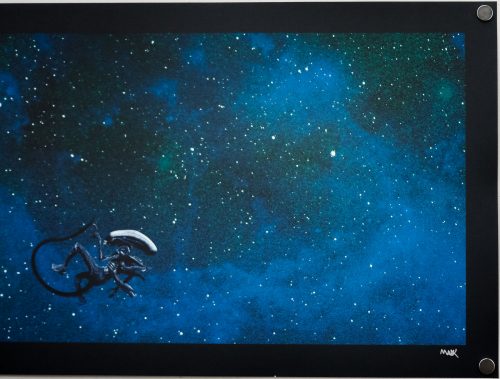 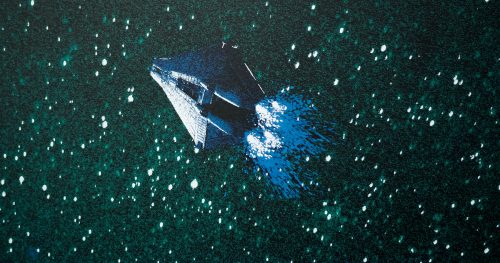 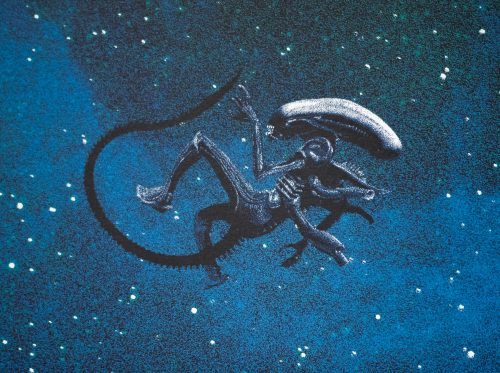 Ridley Scott’s seminal sci-fi horror Alien may be over 35 years old but its impact on cinema and pop culture is still being felt today. The film featured a breakout performance by Sigourney Weaver as Ripley, a member of a deep space mining crew who respond to a distress signal on an unexplored planet and end up fighting for their lives when a malevolent alien creature is brought back onto their ship The Nostromo. Despite countless imitators over the years no one has yet managed to better the original and Scott himself even tried (and fell short IMO) with 2012’s prequel Prometheus.

This screen print by the American artist Mark Englert was created for the 2012 San Diego Comic Con and was sold at the Gallery 1988 stall. Englert, whose official website is here, first appeared on collectors’ radars with his print for The Thing that was released earlier in 2012. Since then he has worked on a number of landscape format prints (typically 12″ x 36″) featuring scenes from cult films and TV shows. One of his most popular releases was one for The Walking Dead that was released around the same time as this Alien print. Each print is given a name that relates to the property in some way. In this case ‘You are my lucky star’ is the name of the song that Ellen Ripley (Weaver) sings as she’s climbing into the space suit at the end of Alien.

Check out this interview with Englert on Collider.com which was carried out at the same Comic Con and they also featured him in their first ever ‘Limited Paper’ column. Englert’s own site features the posters and other items he’s worked on so far, which includes vinyl sleeves and more. There’s a short biography on his website which mentions he was born in 1979. There’s an excellent interview with Mark on 411posters.com here.