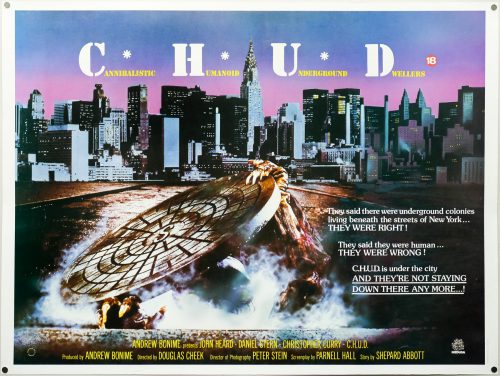 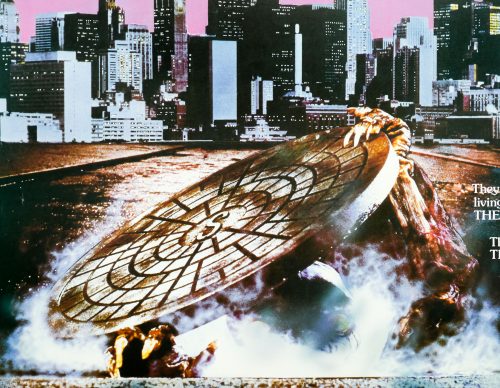 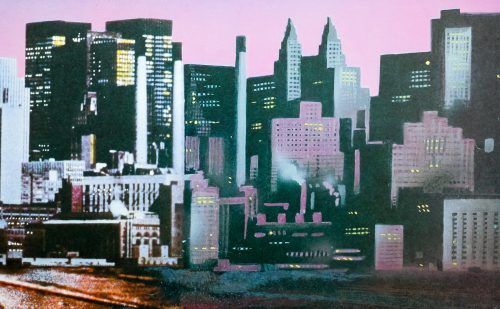 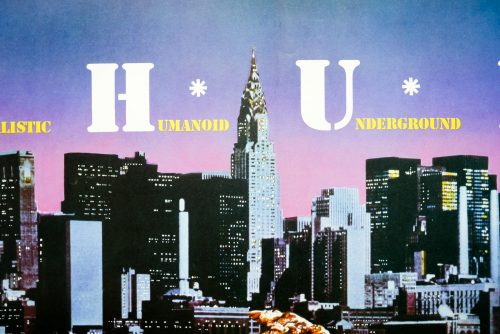 A true cult horror – you only have to look at the list of references in pop culture on its Wikipedia page to get an idea of how much impact the film has had – this UK quad poster for C.H.U.D. features a memorable, lengthy tagline and a teaser of the creatures of the title. The story is nicely schlocky; toxic mutants living in the sewers of New York City are attacking its inhabitants and it’s up to ragtag group of people (cop, fashion reporter, soup-kitchen owner!) to save the day, but the film works with its low budget to create some memorable gore-filled scenes and features fun acting from the likes of John Heard and Daniel Stern. It also has an excellent none-more-80s synth soundtrack.

Chud has since been appropriated to describe ugly, stupid people thanks mainly to its use in Kevin Smith’s Clerks II. It’s also used as the domain name of an excellent cult film website (Cinematic Happenings Under Development).

This UK quad is very similar to the US one sheet but features a different tagline and more muted colours around the creature (his eyes glow more on the one sheet, for example). Here’s the original trailer.