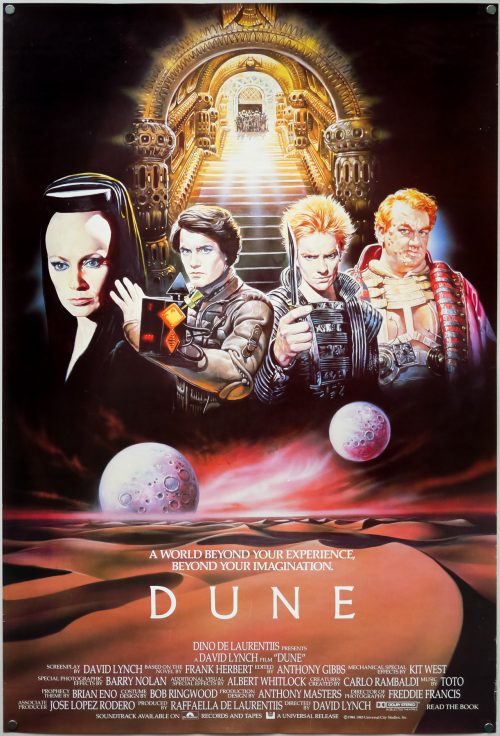 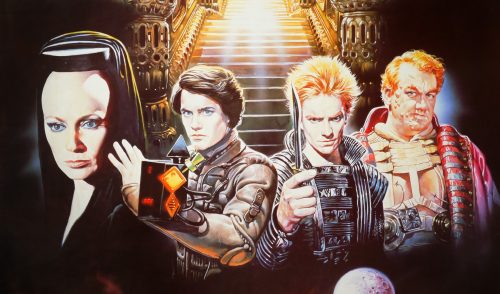 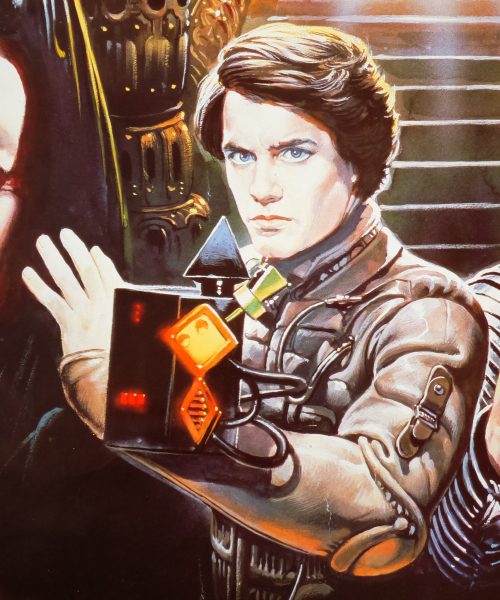 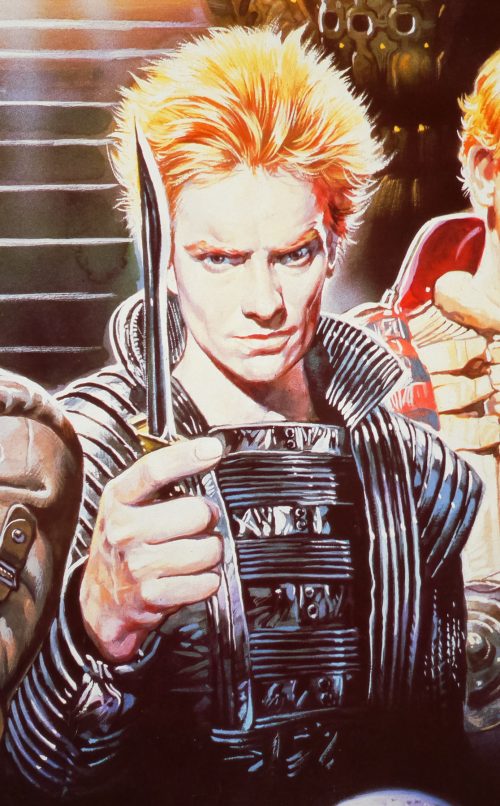 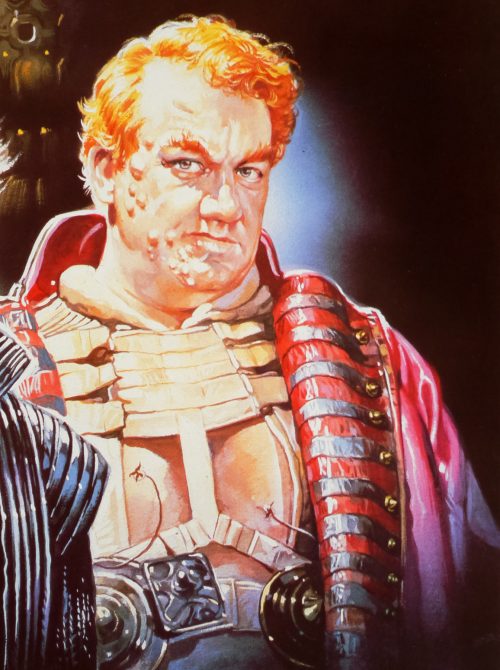 Frank Herbert’s sci-fi classic Dune was always going to be a difficult novel to turn into a sub three-hour film, particularly because of the complex universe, intricate lore and multiple characters it features. The initial novel went onto spawn a Dune franchise, comprising of five more books written by Herbert as well as board games, video games and a series of prequels written after Herbert’s death.

The film that was eventually released in 1984 went through a long gestation, attracting multiple production teams and several directors over a thirteen year period from when the rights were first optioned. Wikipedia has a nice explanation of the various versions (see ‘Production’). In 1975 it looked like legendary director Alejandro Jodorowsky would realise his version of the film with an incredible selection of actors:

Even more exciting, in my opinion, was the roster of talent he had assembled behind the camera:

Jodorowsky set up a pre-production unit in Paris consisting of Chris Foss, a British artist who designed covers for science fiction periodicals, Jean Giraud (Moebius), a French illustrator who created and also wrote and drew for Metal Hurlant magazine, and H. R. Giger. Dan O’Bannon was to head the special effects department.

After a couple of years the project stalled and the financial backing dried up. Frank Herbert traveled to Europe to meet with Jodorowsky and discovered that his script would have resulted in a 14-hour movie.

This website has a great account of Jodorowsky’s version written by the man himself. Earlier this year it was announced that a film was being made that documents this failed version. More info and a trailer can be found here.

The rights were sold to Italian producer Dino de Laurentiis who spent several years trying to get his version of the project off the ground. At one point it looked like Ridley Scott would direct but he eventually left to work on Blade Runner after realising how long Dune would take to bring to screen.

In 1981 De Laurentiis approached director David Lynch after his daughter had seen The Elephant Man and recommended it to her father. Lynch went on to write six drafts of the screenplay before filming commenced in March, 1983. The first cut of the film ran over four hours and, although Lynch was aiming for a preferred length of three hours, the backers (including Universal Pictures) insisted on a two hour film. This meant many scenes were completely excised, new scenes were shot to simplify others and a voice over was added.

All of this resulted in a film that is widely considered as something of a mess, with poor critical reception and box office takings meaning plans for possible sequels were shelved indefinitely. Today, Lynch doesn’t like to talk about the film in interviews and has turned down offers from Universal to reassemble a longer ‘director’s cut’.

The poster
This rarely seen international one sheet was illustrated by one of my favourite artists, Renato Casaro, an Italian with a prolific movie poster output that lasted over 35 years. He began his career in 1953, aged 19, at the famous Studio Favalli in Rome, which was part of the legendary Cinecittà studios and handled film publicity for many Italian productions. Casaro would go on to design and paint posters for many of the biggest directors in the world and his skill at accurately portraying actors and his brilliant use of colour and composition saw him much in demand from studios and actors alike.

His artwork has featured on posters in multiple countries, including Japan, Germany, USA as well as in his native Italy. Check out the incredible amount of work on his official website here, which also features a biography of the artist. The other posters I’ve collected by Casaro can be seen by clicking here.

This artwork was used on the Italian poster for the film and Casaro’s signature can be seen in the middle right of the poster. This international one sheet was likely printed in America for use in English-speaking international markets.