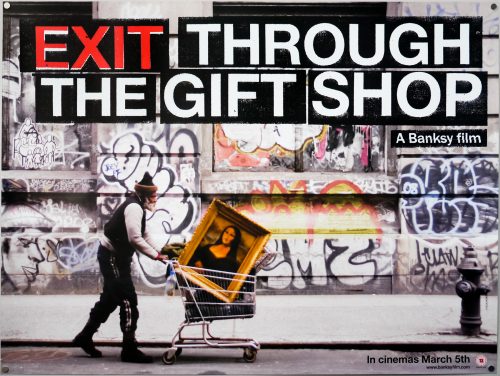 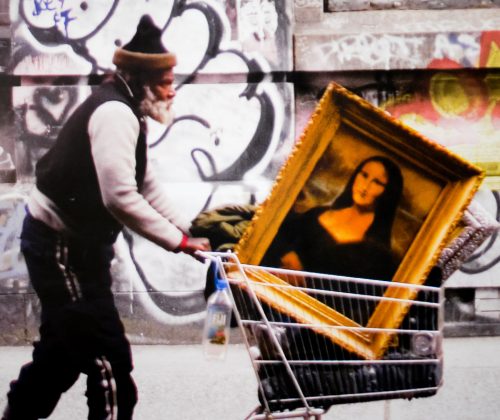 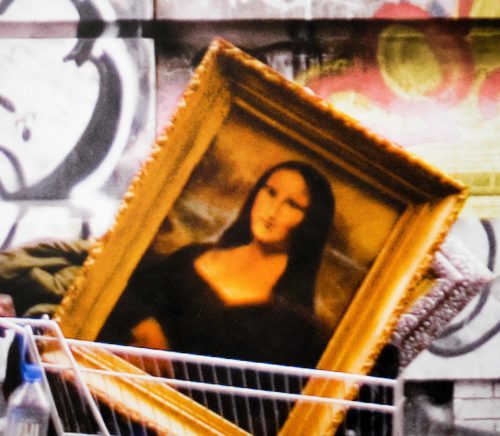 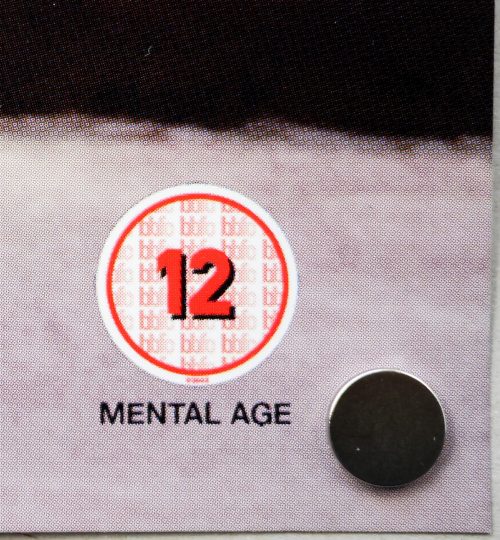 Title
Exit Through the Gift Shop

This is a rare, unused British quad poster for the 2010 documentary (or possibly mockumentary) Exit Through the Gift Shop, directed by the famous street artist Banksy. The film tells the story of Thierry Guetta an eccentric Frenchman living in Los Angeles who obsessively carries a video camera around recording practically his every move. Whilst on holiday he discovers his cousin is street artist Invader and thus begins an obsession that sees him tracking down and interviewing various other artists, including Shepard Fairey.

Eventually Guetta forms an obsession with tracking down and meeting the elusive and mysterious British artist Banksy, which is eventually possible thanks to a situation where Banksy is stuck in LA without his usual guide and Guetta happily steps in. Banksy later invites him back to the UK and allows him to film him in action as he recognises the importance of documenting street art with its short lifespan. A series of events see Banksy eventually taking over the editing of the documentary whilst Guetta devises an alter-ego artist called Mr Brainwash and sets up a near disastrous gallery show that is saved by friends of Banksy before going on to earn Guetta in excess of a million dollars. When asked subsequently if the events of the film are real, Banksy continues to say ‘yes’.

I purchased this quad from a gallery in London called Pictures on Walls that has an affiliation with Banksy and was given a stash of the quads to sell (for £15 each) at the end of 2011. I was told at the time that the artist was unhappy with the design and decided to go with an alternate monkey mask image. A number of this shopping cart style had been printed but were never sent to cinemas, but I’m not sure how many actually exist. The shopping cart appears on the US final one sheet but the actual image is slightly different. The BanksyForum features a picture of the quad in the racks at POW from 2011.