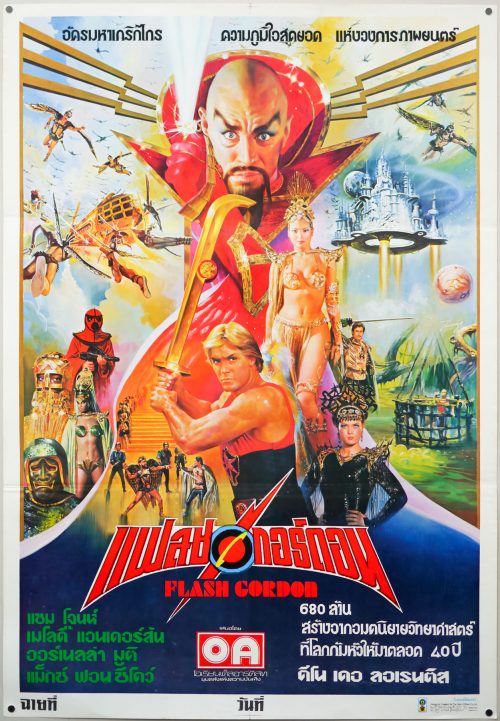 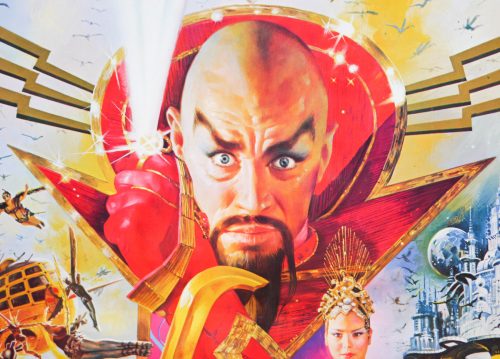 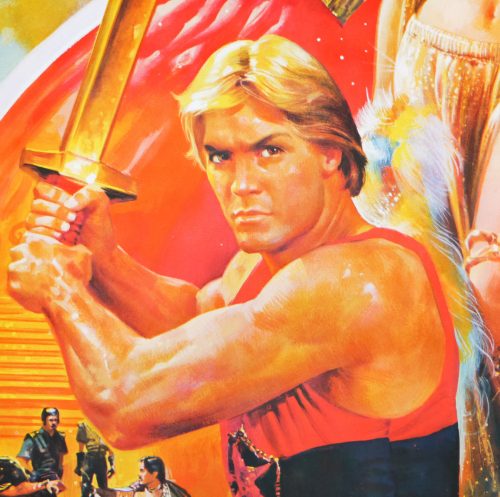 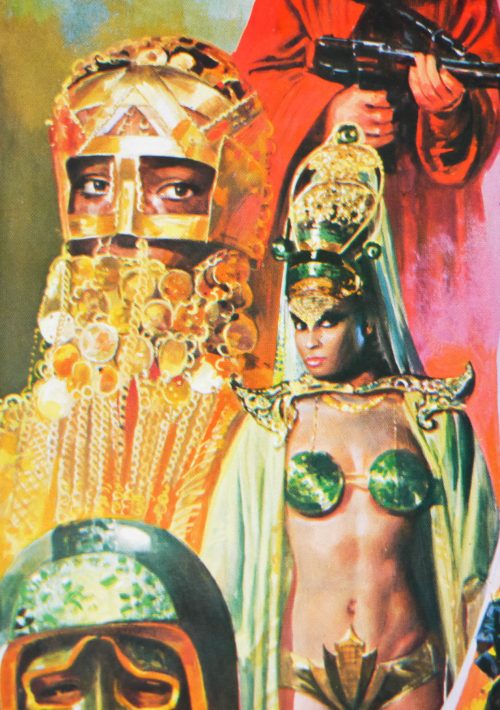 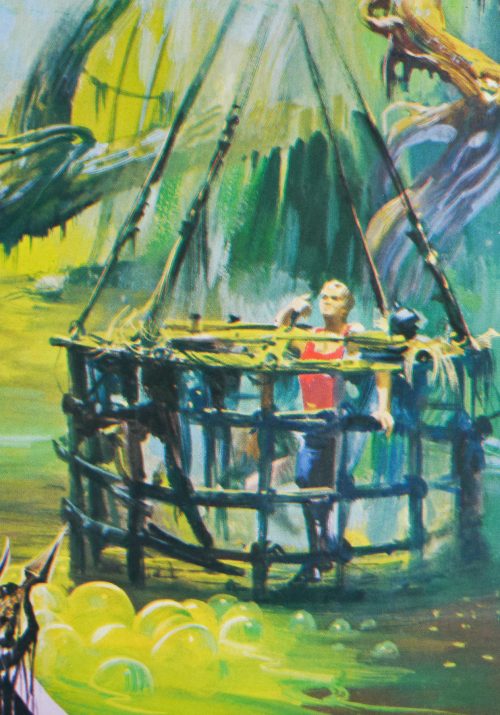 This Thai poster was painted by the artist Tongdee Panumas (he signs his posters with just his first name) who was an incredibly prolific Thai film poster artist during the 70s, 80s and 90s but I’ve been unable to find out much about him, other than that he was born in 1947. If anyone has any more information please get in touch. A knowledgeable collector of Thai posters told me that the artists would rarely if ever see the film they were creating the poster for and would instead paint images based on still photos or posters from other countries. This led to some wild designs and even some artwork with characters and elements that didn’t even appear in the actual film!

I believe elements of this poster were copied from the same stills that were used to make some of the other worldwide posters for Flash Gordon, so it’s likely that the film was actually released some time after 1980. If anyone knows the date please get in touch. I also have a landscape version of the poster in the collection.