Godzilla vs. Megaguirus / B1 / Japan 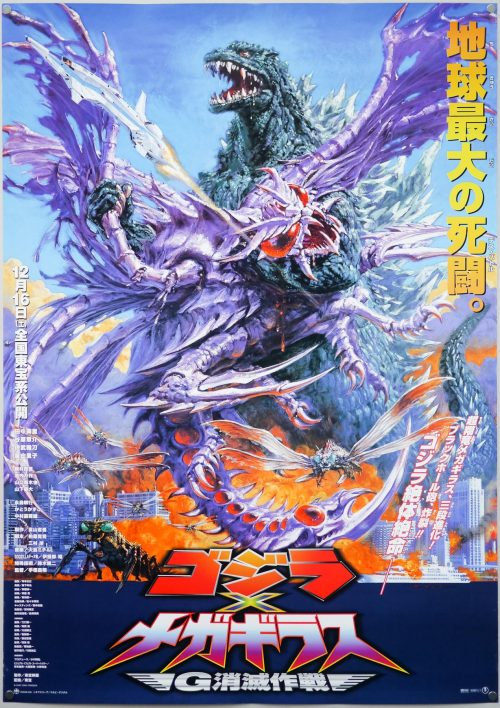 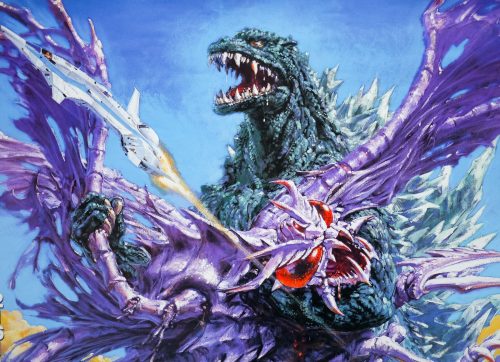 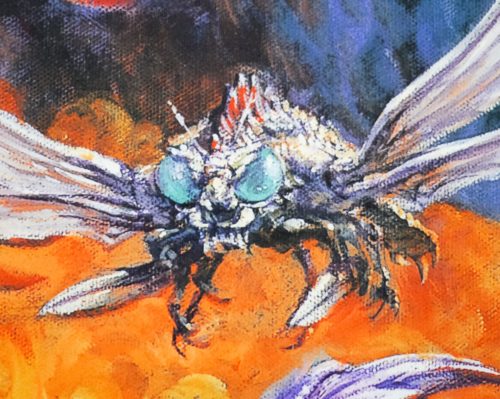 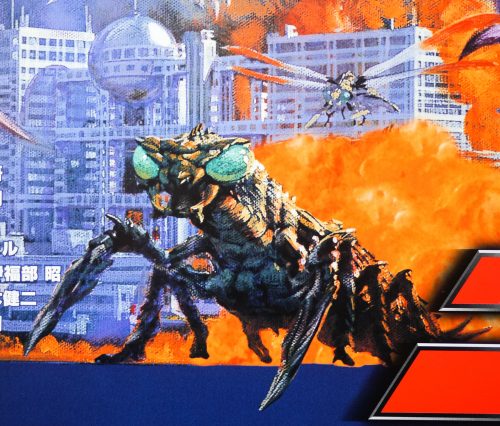 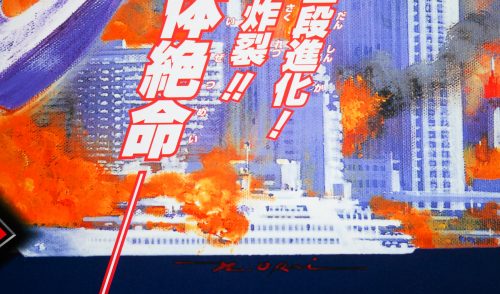 This is the B1 poster for the Japanese release of Godzilla vs. Megaguirus which was the 24th film in the long-running franchise featuring the King of the Kaiju (giant monsters). The film was also the second release in the third generation of Godzilla films (known as the Millennium Series), which are all standalone (with the exception of Godzilla: Tokyo SOS) and were mooted as ‘alternative universe’ stories. It ended up as the least financially successful film in the Millennium series, with the special effects director Kenji Suzuki apparently taking the blame. Referencing the first film, the story sets up a universe in Godzilla attacks the first Japanese nuclear power plant in 1966 which led to the formation of a section of the Japanese Self Defence Force called G-Graspers, dedicated to fighting Godzilla.

After nuclear energy is replaced by ‘plasma energy’ in 1996 it is hoped that the kaiju will no longer attack Japanese cities in search of nuclear energy, but the plan fails and plasma energy is also eventually outlawed. Later in 2001 an experimental satellite weapon called the Dimension Tide is fired and opens up a wormhole through which a prehistoric dragonfly appears, lays an egg and disappears back through the wormhole. A young boy discovers the egg and takes it with him when he moves to Tokyo, but when the egg starts oozing a strange liquid the boy throws it into the sewers. The egg is actually hundreds of smaller eggs which start to grow on contact with water and evolve into large dragonfly larvae which soon hatch and become adult Meganulon.

When Godzilla attacks Tokyo once more, the dragonflies are attracted to his energy and engage him in battle, but they are no match for the kaiju’s power and are almost all obliterated. Those that survive return to the sewers and, with an amount of energy taken from Godzilla, they inject a large cocoon that hatches as Megaguirus, queen of the Meganulon, and she immediately heads towards Godzilla, ready for an epic showdown.

The artwork on this poster is by Noriyoshi Ohrai, my favourite Japanese artist and certainly in my top five greatest film poster illustrators of all time. He’s responsible for a number of other posters in the Godzilla franchise, some of which can be seen here. He also worked on a number of Star Wars related posters, including this lovely 1982 B2 to celebrate the release of the Japanese dubbed version of the original film. In March 2014 a retrospective exhibition was held in Japan of Ohrai’s work and I made the trip over to Miyazaki to see the exhibition. I’m very glad I did as it featured most of his original artwork and a whole array of posters and book covers. A full report will follow soon.