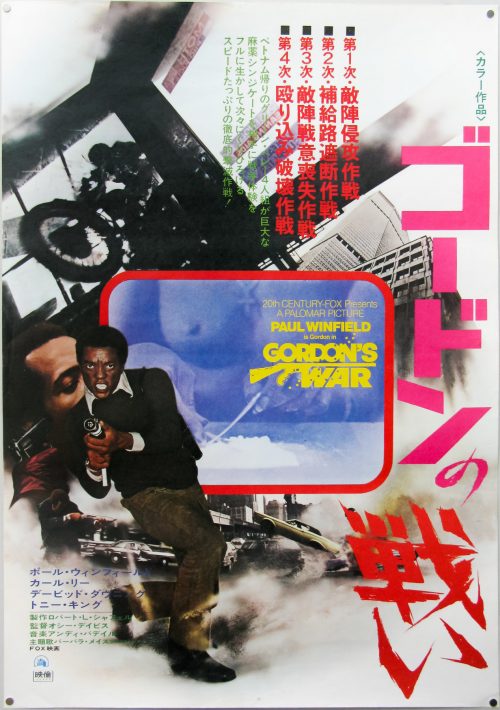 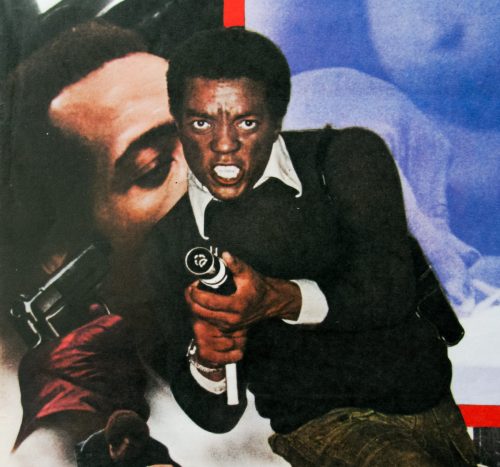 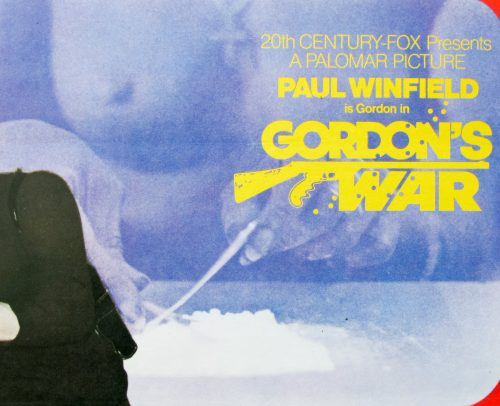 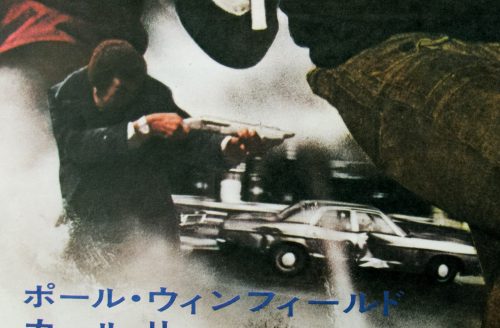 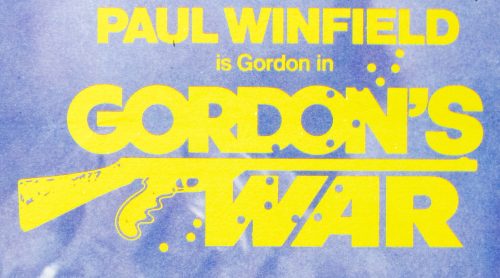 This is the Japanese B2 for the 1973 blaxploitation crime drama Gordon’s War, directed by Ossie Davis (Cotton Comes to Harlem) and starring Paul Winfield as the eponymous Gordon Hudson. After returning from the Vietnam war he finds that his neighbourhood in Harlem has been taken over by drug dealers and that his wife has died from a heroin overdose. He gathers some of his fellow soldiers together and sets out to rid the area of the dealers.

The film is unavailable on blu-ray but receives decent enough reviews on IMDb, with one praising its use of real locations:

The location shoot in Harlem is an essential ingredient in making this film work. The feel of the streets, shops, people, cars, bars, abandoned buildings, rundown apartments and ramshackle appearances bolsters the movie greatly. There is a chase scene, car following motorcycle, that ranks among the very best of any movie anywhere, including those in poliziotteschis. That alone makes the movie.