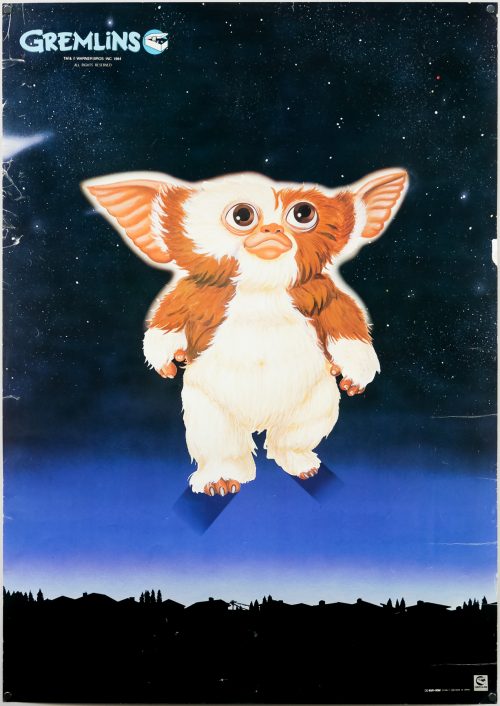 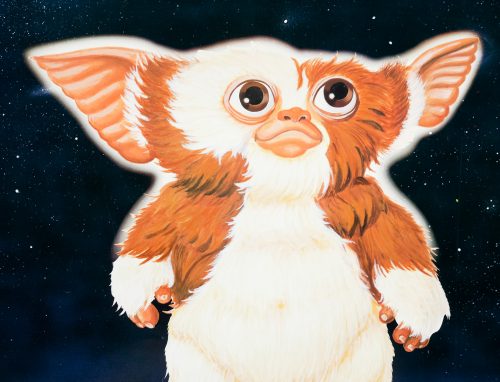 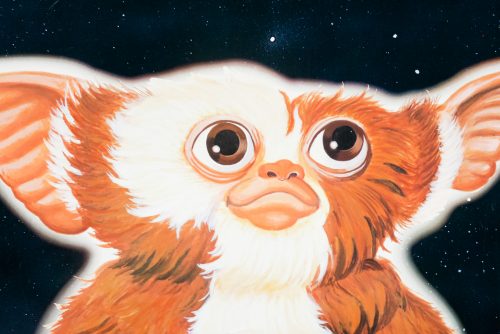 This is an unusual Japanese B2 featuring an illustration of Mogwai that was printed by a company called Sun-star. I picked it up whilst on a trip to Japan in 2012 and my best guess is that it was a poster created to be commercially sold at the time of release (or soon after). According to the English language version of the Sun-star website, they are a company whose products are ‘Stationery for office home use, Stationery featuring Disney characters’, and it’s entirely likely that they had a licensing tie-in with Warner Bros to print posters like this, perhaps to be sold at screenings of the film. If I find out any more information I’ll update this page.

I’m unsure who the artist responsible is so please get in touch if you have an idea.