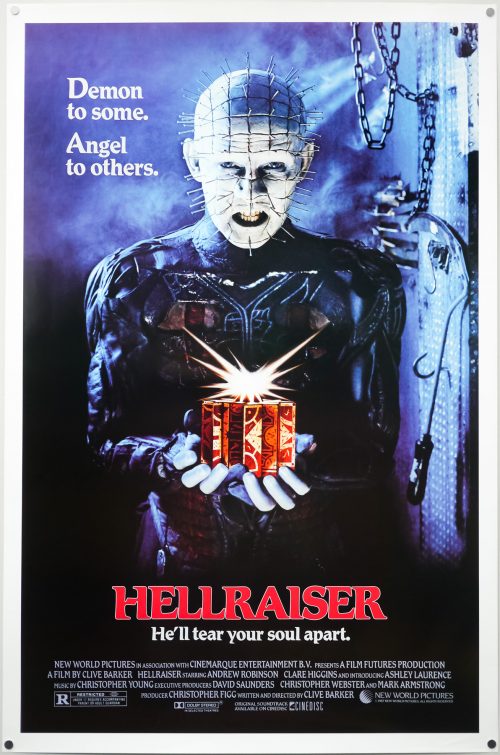 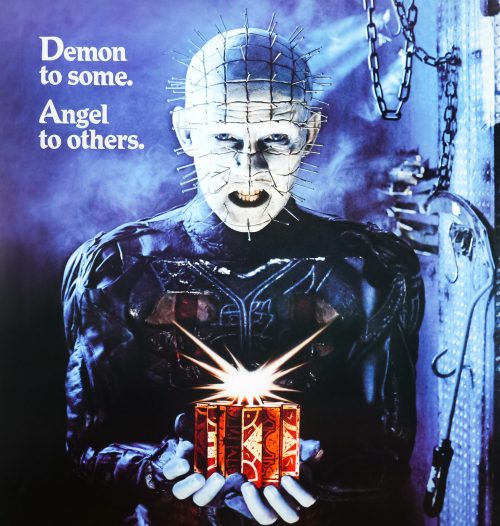 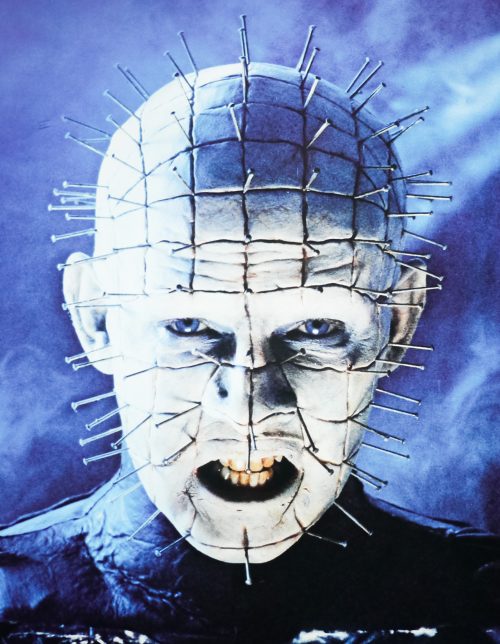 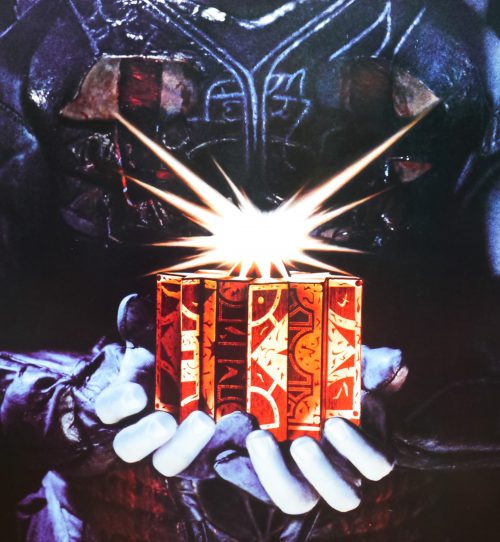 Tagline
Demon to some. Angel to others. | He'll tear your soul apart

What makes the film stand out is the excellent script by Barker which prevents the characters from being the usual one-dimensional death fodder usually seen in horror films, particularly those being released towards the end of the 1980s. The production, costume and makeup design are all excellent, with all of the Cenobite designs being particularly memorable. There’s only one stop-motion animation sequence at the end of the film that belies the productions low budget and the film stands up extremely well today. Although the series is up to its ninth film instalment, Barker never directed another and was only producer on the first two sequels. After the fourth film (1996’s Bloodline) the series became a straight-to-video enterprise and quality dropped significantly from then onwards.

This US one sheet, designed by Pulse Advertising, features a great image of Pinhead holding the puzzlebox, alongside a very memorable tagline. The lead Cenobite would be front and centre on posters for the film used around the world, as well as all theatrically-released sequels. To see more posters designed by Pulse, check out this page on IMPAwards and the posters I’ve collected that were designed by them can be seen here.