The Hills Have Eyes / quad / UK 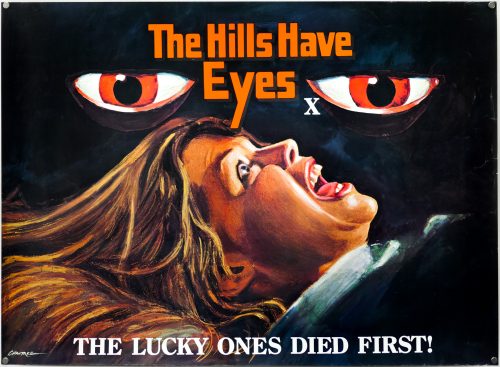 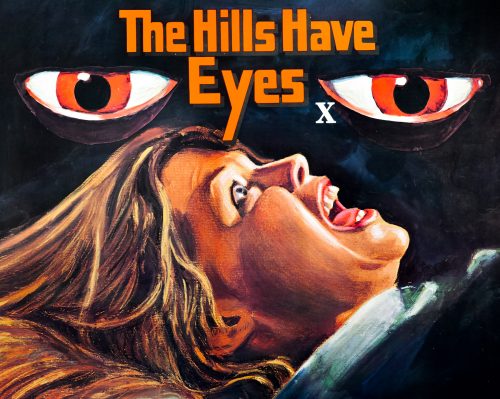 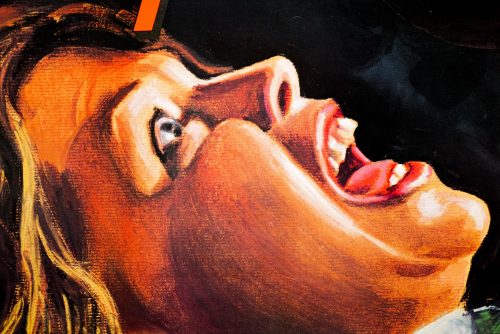 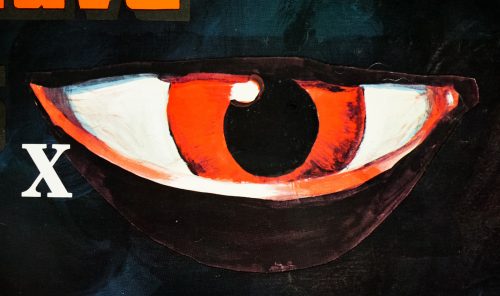 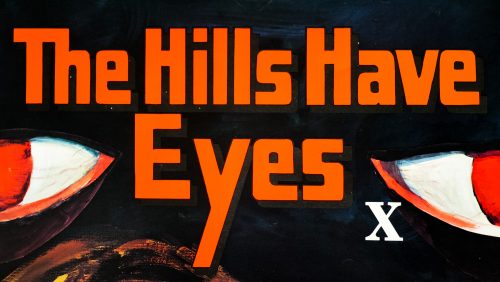 Tagline
The lucky ones died first!

Striking artwork on this UK quad for the release of The Hills Have Eyes, which was director Wes Craven‘s third film, following his notorious breakout horror The Last House on the Left (1972) and the little seen adult drama The Fireworks Woman (1975). Written by Craven himself, the film is an exploitation horror that follows events when a family heading to California with a caravan crash in a remote part of the Nevada desert. Unluckily for them, the area used to be a nuclear testing site and there are a pack of feral, deformed cannibal freaks living in the nearby hills who subject the Carter family to a sustained series of brutal attacks.

The film was reasonably well received at the time of original release but went on to gain a cult following and is today regarded as one of the director’s best films. I watched it again recently and it retains its power to shock, with some of the attacks being particularly brutal. A remake was released in 2006 which was at least stylistically interesting, if nothing else.

This UK quad is unusual in that it has no credits block or distributor information and features only the signature of the artist, Tom Chantrell. The only other British poster for the film that I’ve seen is a double-bill quad and I don’t think this one could be considered a teaser or advance (despite featuring little detail).

Tom Chantrell’s dynamic and colourful work featured on hundreds of posters over a forty year period. His official website features a great biography written by Sim Branaghan, author of the must-own British Film Posters. Chantrell illustrated many classic poster designs, including several Hammer posters such as the brilliant quad for ‘One Million Years B.C.’, and was also responsible for the iconic Star Wars quad, the artwork of which ended up being used around the globe. I have a handful of other designs by him on this site.