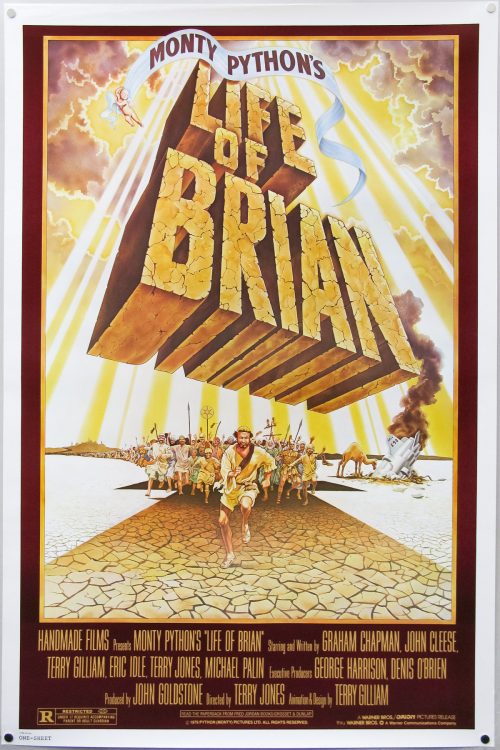 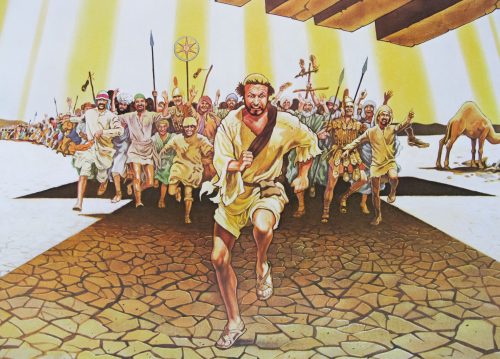 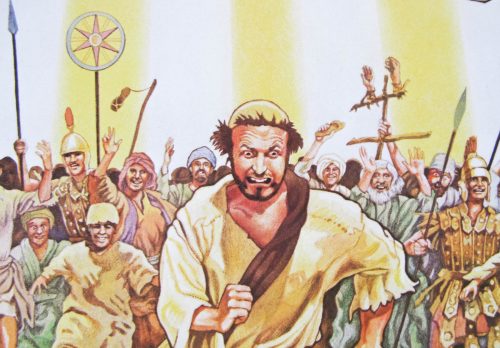 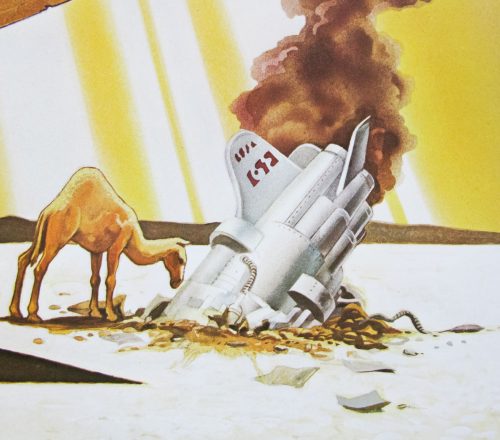 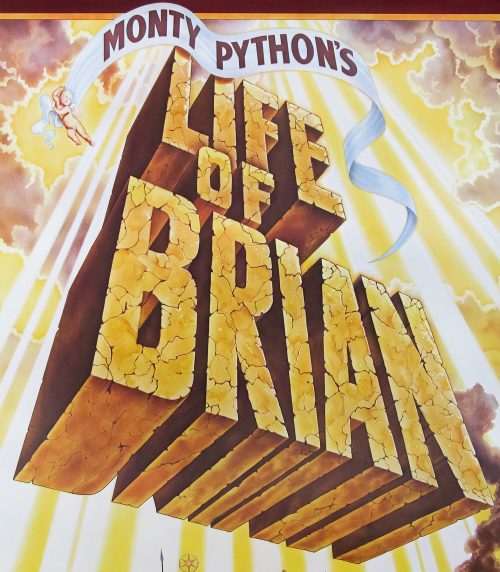 Probably my favourite of the five cinematic outings by the Monty Python crew, Life of Brian is one of the funniest films ever made and the brilliant satirical humour hasn’t diminished at all in the thirty plus years since its release. Infamously causing an uproar with various religious groups, it also saw EMI, the original financial backers, pulling out during production claiming the script was blasphemous. Luckily, George Harrison stepped in with the finance, apparently after realising it may have been the last chance to see another Python film in cinemas. His company HandMade Films was formed as a result of this deal.

The film’s religion-baiting story sees a man called Brian (Graham Chapman) born at the same time as Jesus Christ and initially mistaken for the Messiah, who ends up living an unremarkable life under the Roman occupation of Judea. Things take a fateful turn when his infatuation with a young rebel called Judith (Sue Jones-Davies) leads him to join the People’s Front of Judea, a bickering group who have decided to take a stand against the emperor.

The film raised the ire of several religious groups who were outraged at the concept, despite most of them having never even seen the film, and it was only given a general release once several cuts had been made. Despite the edits, several local UK councils banned the film from being shown at cinemas within their boroughs. Apparently some of these bans lasted until very recently, with the Welsh town of Aberystwyth finally lifting its one in 2009, which then saw a screening of the film attended by Jones, Michael Palin and Sue Jones-Davies, who was the then mayor of the town.

One of the more infamous bans was carried out by the Norwegians who refused to allow the film to be screened at all, which lead some of the international marketing material for the film to be emblazoned with the proclamation ‘So funny it was banned in Norway!’

This is the American one sheet for the release of the film featuring illustration by an artist I have been unable to identify. William Stout had previously provided an illustration for an alternative one sheet, which can be seen here.

The original American trailer can be seen on YouTube.