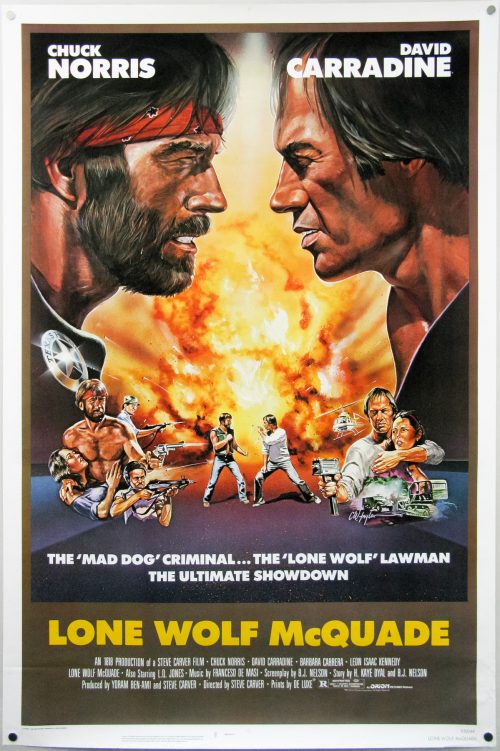 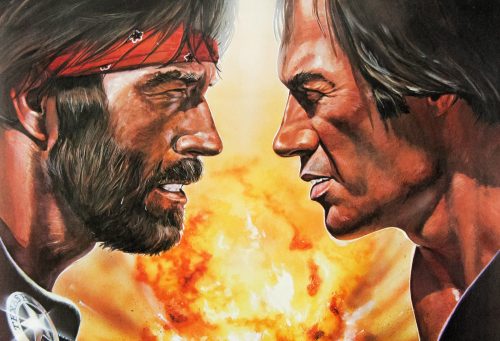 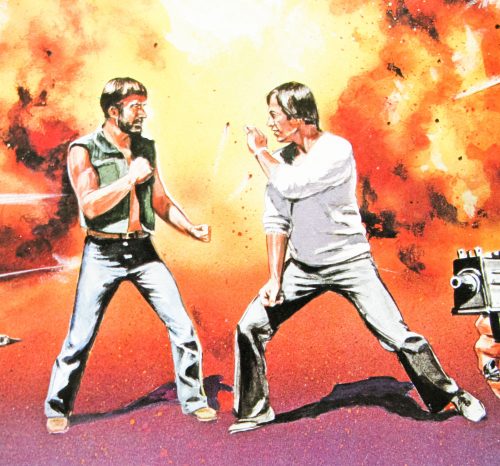 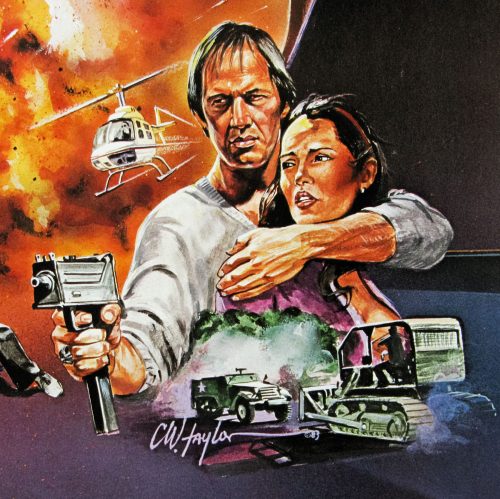 AKA
Una magnum per McQuade [A magnum for McQuade] (Italy)

Norris versus Carradine was always going to be a good match and this is definitely one of Chuck’s better films. His character, a Texas Ranger named J.J. McQuade, was the inspiration behind his successful TV series Walker, Texas Ranger that began 10 years after this film. This US one sheet features great action artwork by C.W. Taylor.

Someone has made a clip called Lone Wolf McQuade in four minutes, handy if you never intend to watch the film in full. Also, here’s the film’s body count.