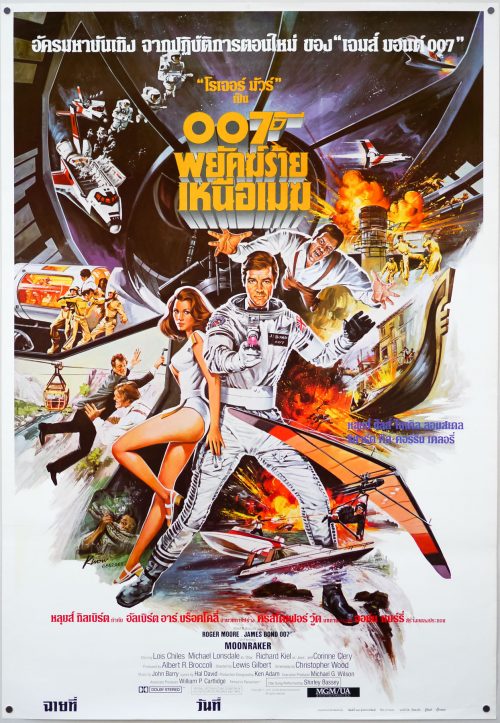 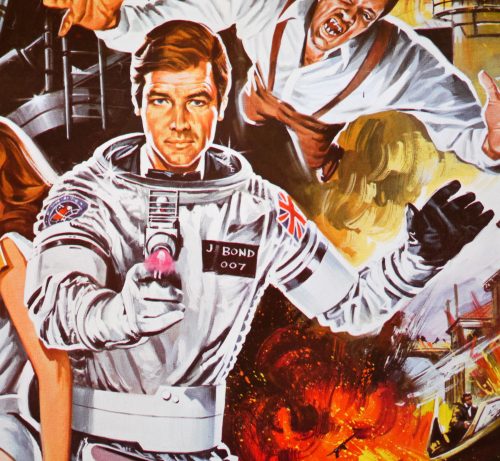 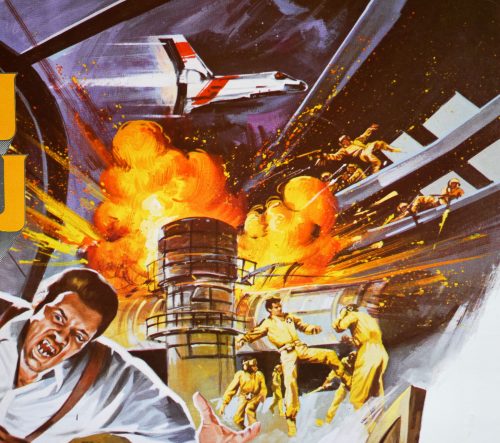 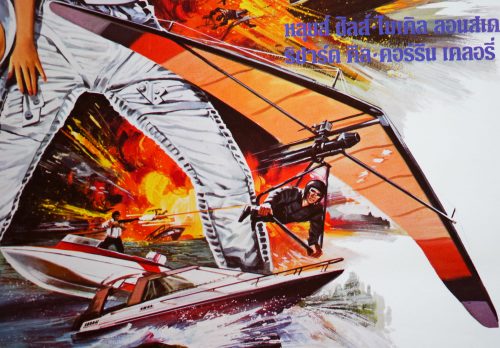 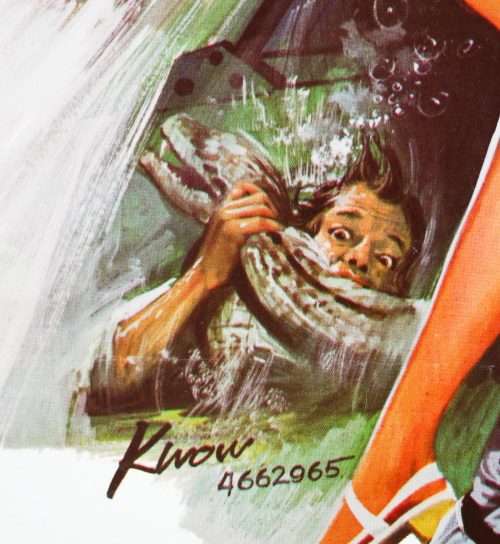 The film features several memorable sequences, including a cable car fight over Rio de Janeiro, and a decent bad guy in Richard Kiel‘s inimitable ‘Jaws’ who used to scare me senseless as a kid. Also notable is John Barry‘s soundtrack, which marked a departure from his previous Bond work by mainly using strings instead of the typical brass. The film also features one of the most (literally) eyebrow-raising character names in the form of Dr Holly Goodhead (Lois Chiles) and one of the best/worst sign-offs of the entire series:

This is the poster printed for the release of the film in Thailand, with a painting by the artist known as Kwow that was clearly based on two of American artist Dan Goozee’s paintings for the film. The main figures and some of the background is a repaint of the art on the the final Moonraker US one sheet with some of the elements from the international style B one sheet. I’ve been unable to find out anything about Kwow beyond other posters he worked on so if anyone has any more details please get in touch.

The other Moonraker posters I’ve collected can be seen here.