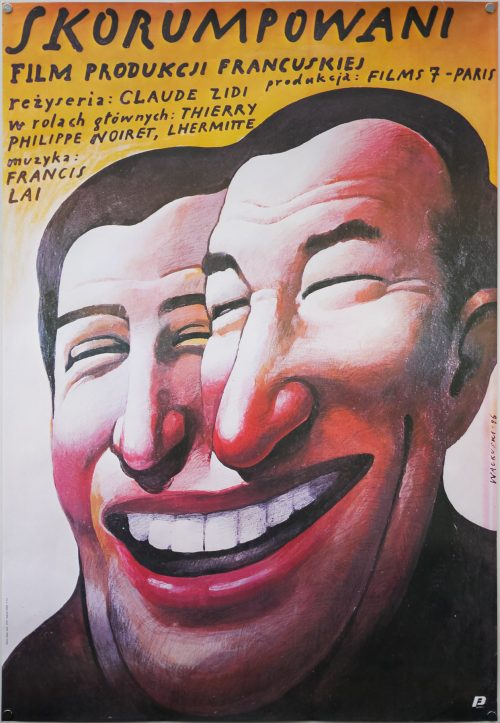 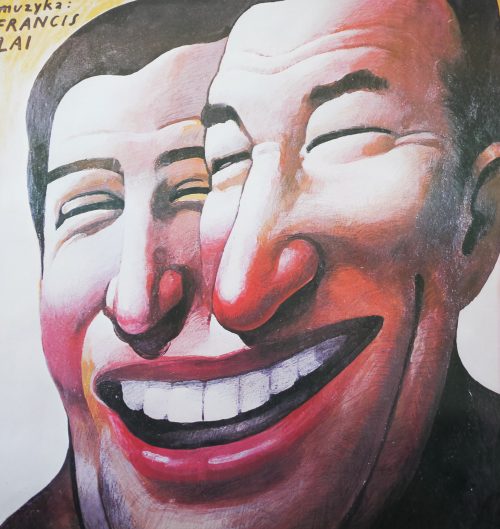 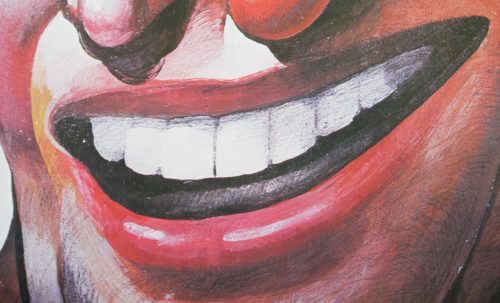 Striking and colourful artwork on this Polish B1 poster for the release of the 1984 French comedy film My New Partner that was originally released as Les Ripoux, which translates as ‘the corrupt ones’. The film stars two of France’s most popular and prolific actors, the late Philippe Noiret (best known for his role as the projectionist in Cinema Paradiso) and Thierry Lhermitte who starred in a number of popular comedies during the 1970s and 1980s.

Noiret plays René, a corrupt Parisian beat cop who regularly dispenses street justice and happily takes bribes from minor criminals to let them carry on, instead of arresting them. When his long-term partner retires he is put together with Francois (Lhermitte), an idealistic young rookie who’s just graduated from training. René must work hard to convince Francois that his way of doing things is the right way, including using a sultry prostitute friend to seduce the innocent cop. The film was enough of a success to spawn two sequels (of lesser quality) over the following years.