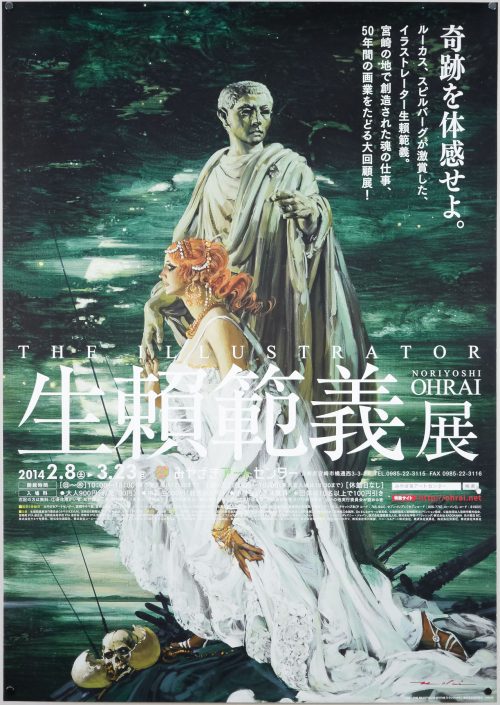 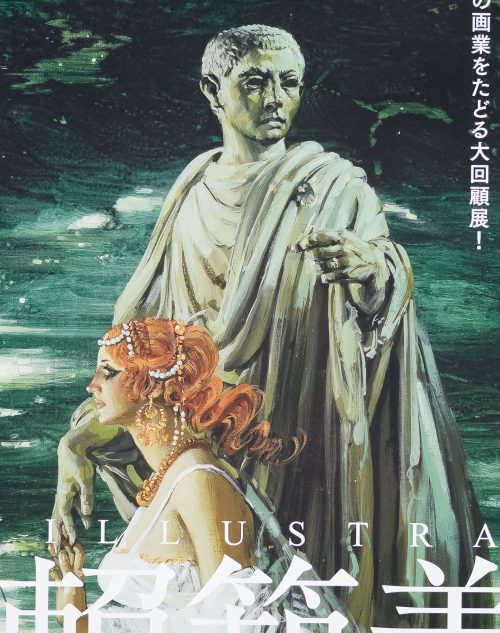 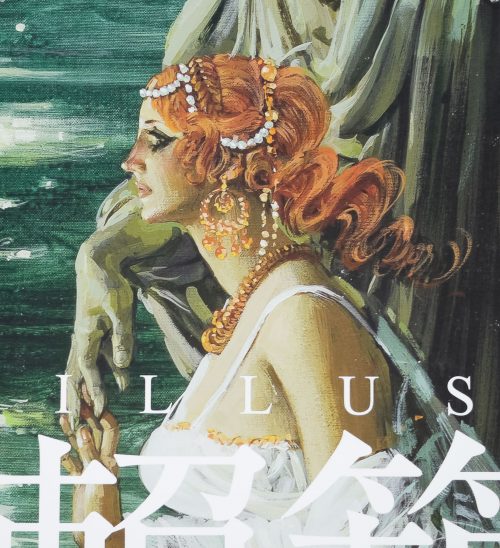 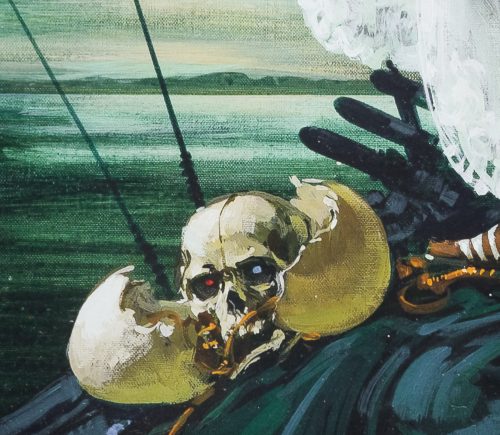 Style of Poster
Beauties in Myth

This is one of four B2 sized posters that were printed to advertise the Noriyoshi Ohrai exhibition that took place in Miyazaki, Japan from February to March 2014. I was lucky enough to have been given these posters by the exhibition director Tatsuya Ishida after being given a personal tour when I visited in March.

This poster features an example of one of the ‘beauties in myths’ paintings that Ohrai created to feature on the cover of SF Magazine, a popular Japanese periodical during the 1980s. Ohrai was asked to choose a theme for a series of covers that were printed over the course of a year and he decided to mix high-tech and sci-fi elements with women from history and mythical stories, for example Messalina, the infamous third wife of Roman emperor Claudius.