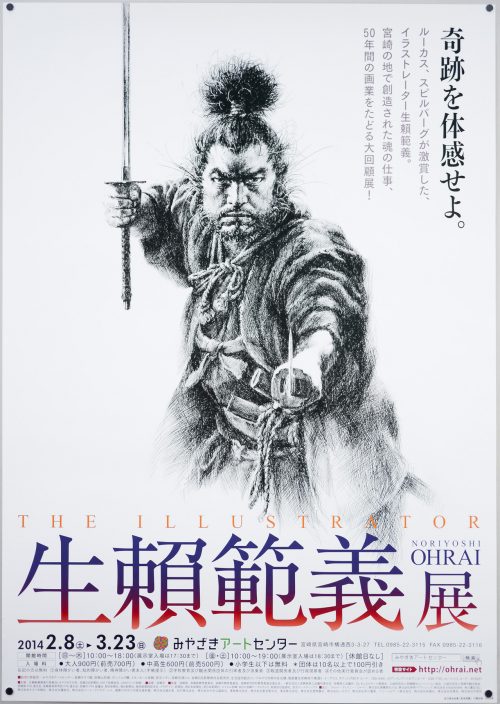 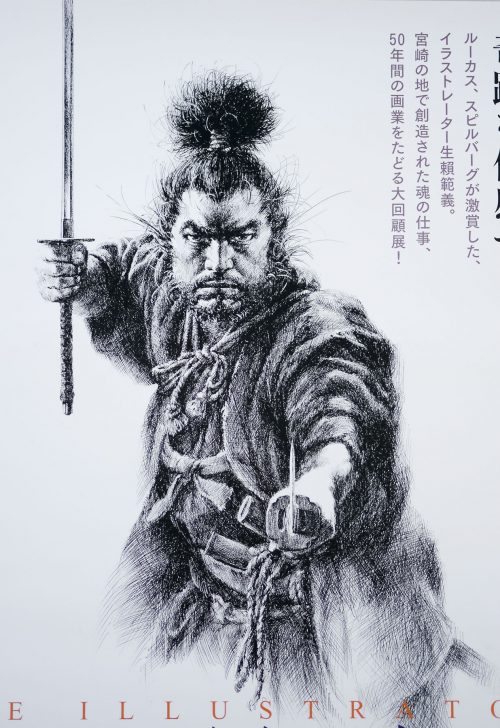 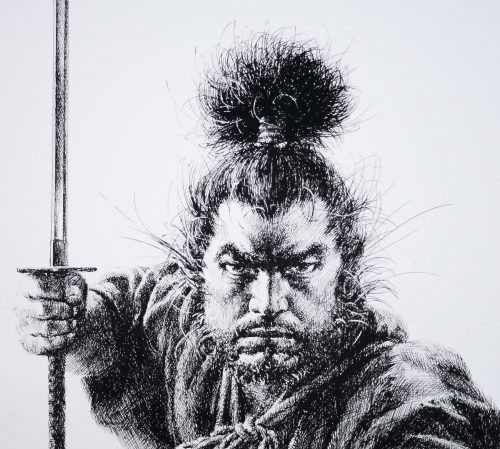 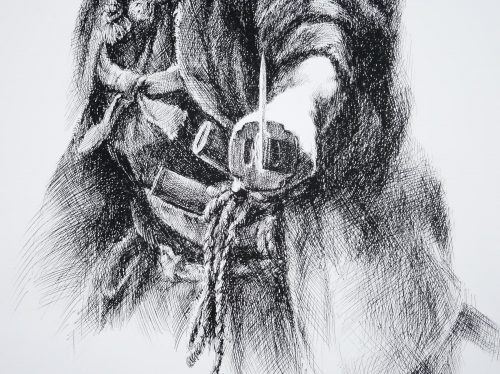 This is one of four B2 sized posters that were printed to advertise the Noriyoshi Ohrai exhibition that took place in Miyazaki, Japan from February to March 2014. I was lucky enough to have been given these posters by the exhibition director Tatsuya Ishida after being given a personal tour when I visited in March.

This poster features an illustration that that Ohrai created for the cover of Volume 1 in a series of books based on the life of the legendary Japanese swordsman and ronin Miyamoto Musashi that were released in the early 1970s.