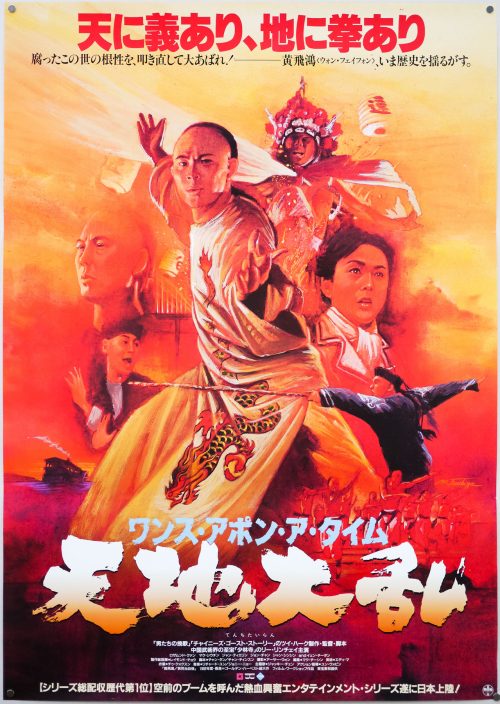 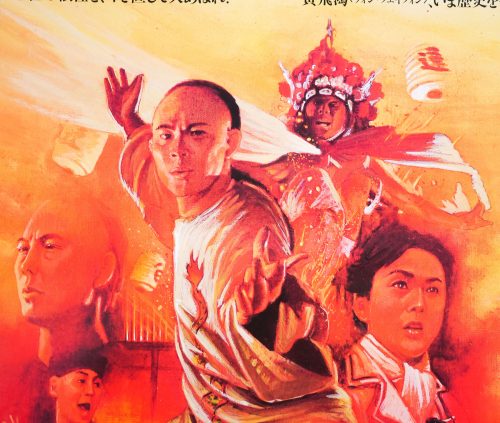 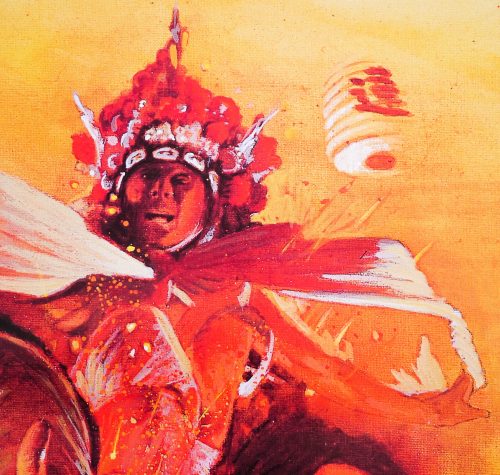 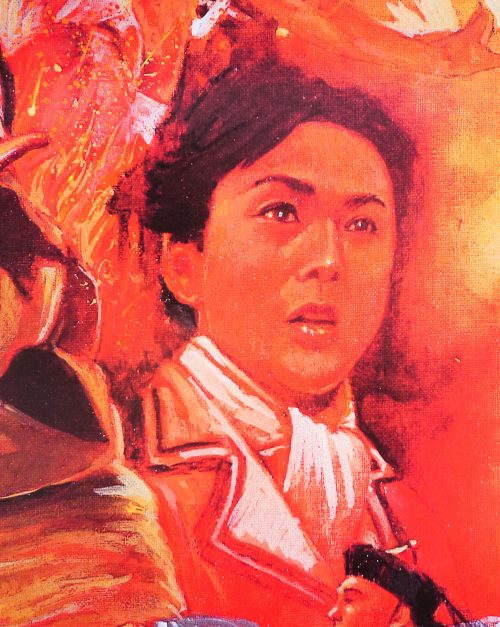 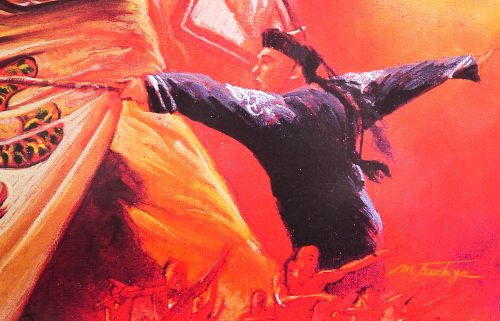 Title
Once Upon a Time in China II

Great artwork by a Japanese artist who has signed the work ‘M. Tsuchiya’ features on this B2 for the release of the 1992 action-adventure sequel, Once Upon a Time in China II. Celebrated producer and director Tsui Hark (who also co-wrote the screenplay) would end up helming all 6 films in the OUATIC franchise that ended in 1997 with ‘Once Upon a Time in China and America’. The legendary martial artist Jet Li appeared once more as the Chinese folk hero Wong Fei-hung and Donnie Yen, another celebrated action star, plays one of the main bad guys in the film.

Set during the Qing dynasty at the end of the 19th century, the film sees Wong Fei-hung traveling to Guangzhou with his love interest ’13th Aunt’ (Rosamund Kwan) and apprentice Leung Foon (Siu Chung Mok) to attend a medical seminar. Whilst there he gets caught up in the troubles wrought by the White Lotus Sect an extremely xenophobic group who are against any form of Westernisation or influence in China and have been attacking foreigners and anyone allied to them.

After protecting 13th Aunt from kidnap, Wong then deals with an attack on the seminar, followed by one on a group of school children. Eventually he joins forces with a revolutionary group planning to overthrow the Qing dynasty, who count Westernised doctor Sun Yat-Sen (Tielin Zhang) amongst their number, and attack the White Lotus Sect’s base. Psychotic leader Gao Kung (Xin Xin Xiong) isn’t about to go down without a fight and this is before Wong and the others must confront Yen’s military Commander Nap-lan who is out to crush the revolution.

I’ve struggled to find anything of note about ‘M. Tsuchiya’ so if anyone knows anything about the artist please get in touch and I’ll add the details here.