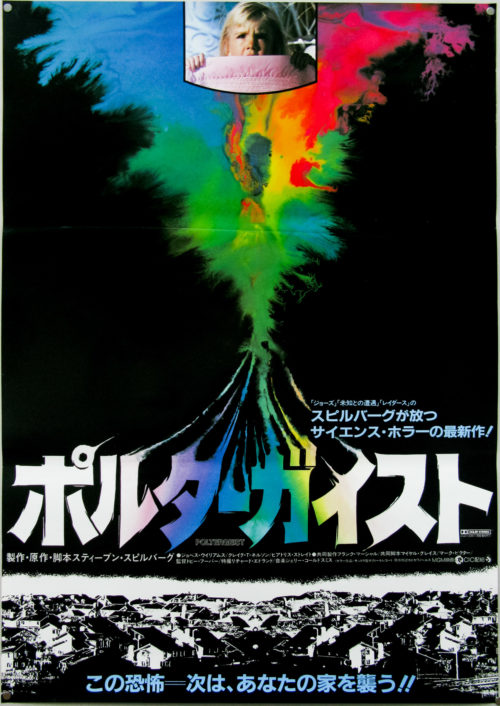 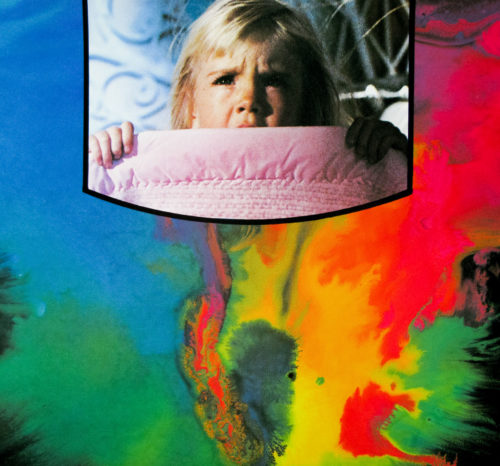 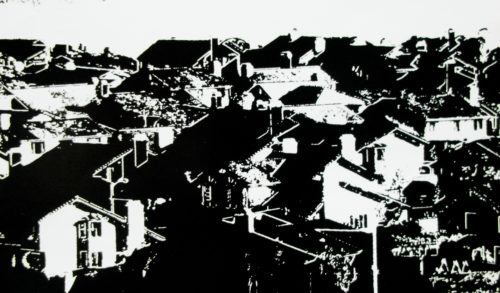 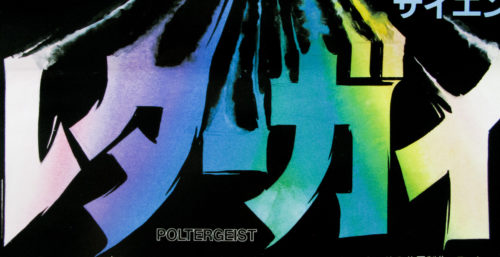 A striking design on this Japanese poster for Tobe Hooper‘s seminal horror, featuring significantly more colour than the US one sheet and the scared face of Carol Anne (Heather O’Rourke). Although it’s now 30 years since its release the film is still very effective, thanks to the sharp script, solid acting from the likes of JoBeth Williams, the unforgettable Zelda Rubinstein as the psychic Tangina, and brilliant special effects by Industrial Light and Magic.

There are several stand out scenes, including the infamous tree attack, a terrifying clown and the first appearance of the extremely creepy Reverend Henry Kane (albeit in ghostly form), who would later feature in the sequels. There has always been an air of controversy surrounding the film’s true director, with various claims made that Steven Spielberg, who had co-written the story and was producing it at the same time as directing his mega-hit E.T.: The Extra-Terrestrial, was very active on the set to the point of taking over directing duties, but Tobe Hooper has hit back at these claims in recent years. This fan site has a good article on the situation.

One very specific bit of trivia is that a handful of original film posters can be seen in the bedroom of Robbie Freeling (Oliver Robins), including one for the original Star Wars.