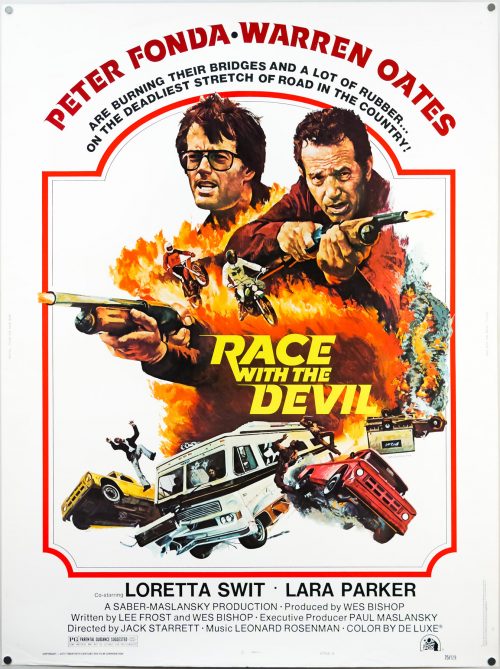 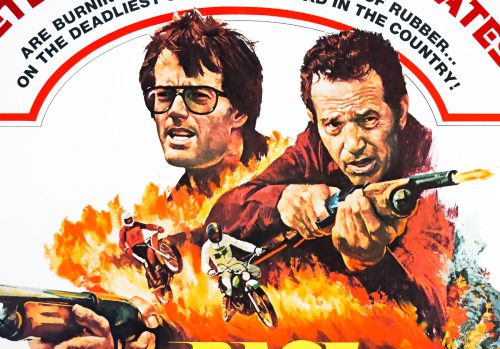 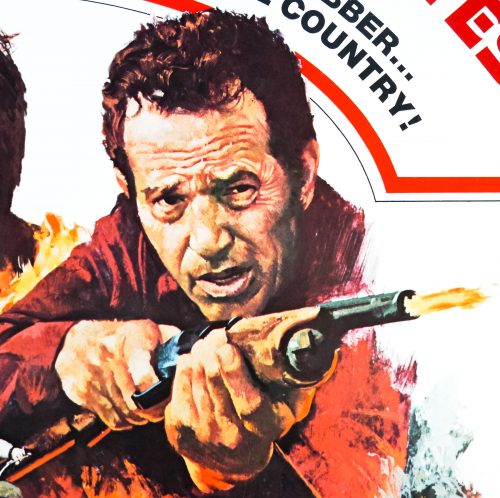 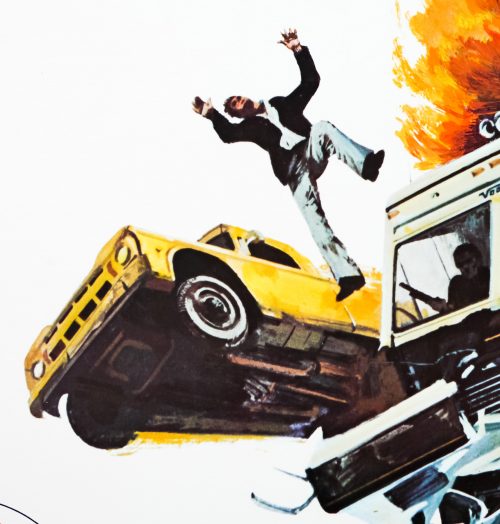 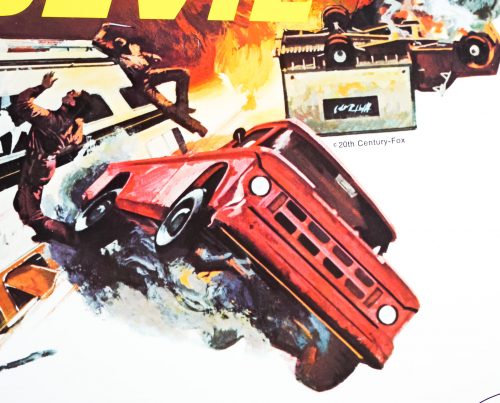 Title
Race With The Devil

Tagline
Peter Fonda and Warren Oates are burning their bridges and a lot of rubber... on the deadliest stretch of road in the country!

Peter Fonda and Warren Oates are pursued across Texas by a satanist cult who they witness apparently murdering a woman in a sacrificial ritual in Race with the Devil. Following on from the 1974 hit Dirty Mary, Crazy Larry, in which Fonda played a bumbling criminal being hunted by a relentless police force, this film was a mix of the popular car chase genre (Vanishing Point, Gone in 60 Seconds etc) and Hollywood’s interest in films of an occult nature that was burgeoning following the success of The Exorcist (1973). Fonda and Oates play friends who head off on a vacation in an RV with their wives, but when the group pull off the main road and find a remote spot to camp for the night they unwittingly do so near an occult shrine at which the aforementioned sacrifice happens.

When the group are spotted by the cult their RV is attacked by masked men before they manage to escape to a nearby town. The local sheriff calms the group down and drives the men out to the spot where they witnessed the ritual,  only to discover that the cult have removed (almost) all evidence of their deed. The group decide to carry on with their holiday but it soon becomes clear that the satanists aren’t about to give up their pursuit and that not everyone they meet along the way is who they appear to be. The film has the requisite tension to make it an enjoyable watch and features several well staged car chase scenes, with some very impressive stunt work. The film also features a classic freeze-frame shot at the end.

This US 30×40 boasts excellent explosive artwork and I’ve been frustrated in my attempts to identify the artist, but I suspect it could be the work of John Solie. The American artist usually signs his artwork and this poster features no such signature, but the artwork is certainly rendered in a similar style to his. I intend to contact the artist to see if this poster can be attributed to him. Unusually the artwork itself is actually copyrighted by the studio (see picture 17).