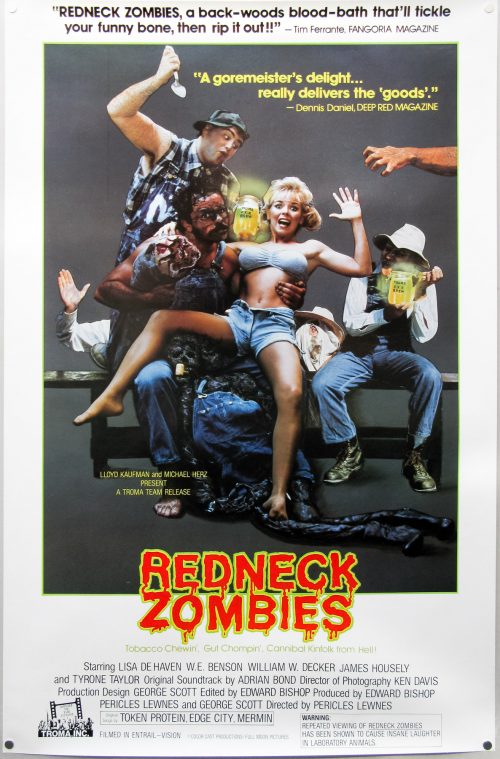 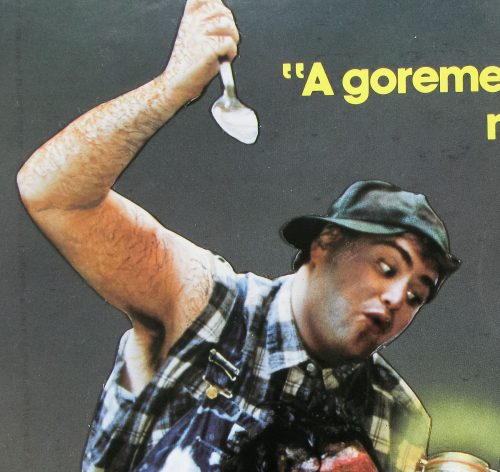 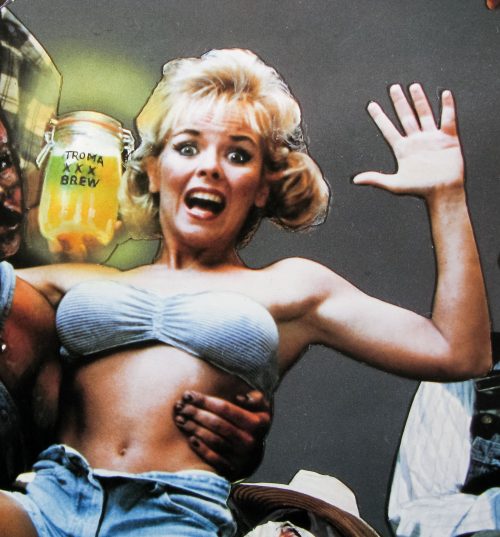 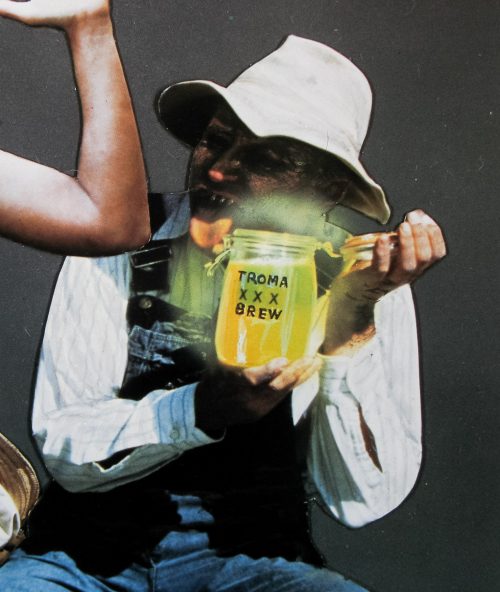 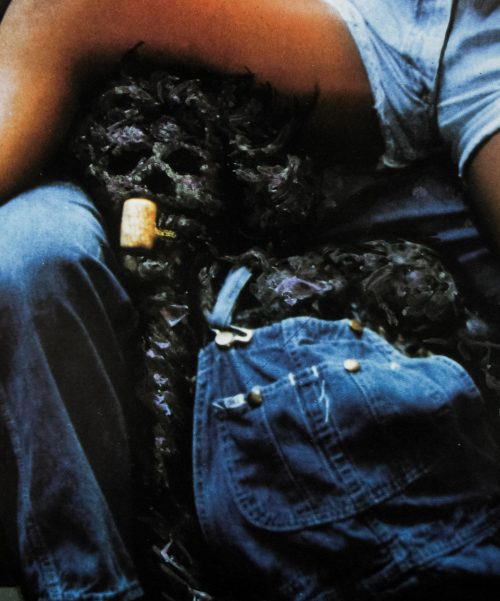 The notorious schlockmeisters Troma released this 1987 zombie splatterfest, the title of which leaves you in no doubt as to the kind of film you’re in for. The plot sees a bunch of hillbillies discovering a misplaced barrel of nuclear waste and deciding to use it as a container to brew up some moonshine. It’s not long before the toxic concoction has turned them into the titular creatures and they’re munching on a bunch of unlucky city slickers who are lost in the nearby woods.

Pericles Lewnes, the excellently named director, actually shot this film on weekends (32 in total) over the course of a year and then went about trying to sell the film to various distributors. He went on to work as a special effects technician on several subsequent Troma productions. Apparently, the film was one of the first to be released straight to video, made even easier since it was entirely shot on video tape.

This quote from a review on IMDb gives you an idea what kind of film you’re in for:

There’s plenty here for fans of the horror genre (including some hilarious Texas Chainsaw Massacre parody scenes), and (of course) fans of Full Moon and/or Troma won’t be disappointed. My personal favorite scene involves the genuinely creepy Tobacco Man. To this day, at work or in social gatherings, I’ll occasionally pull out the line “Dark times is comin’.” And when everyone looks at me like I’ve just vomited human excrement onto the rug, I know deep down that I am the coolest person in the room.

Note the text on the bottom declaring that it was filmed in ‘Entrail-Vision’ and that ‘Repeat viewing of Redneck Zombies has been shown to cause insane laughter in laboratory animals’.