Return of the Jedi / B1 / Rebels style / Poland 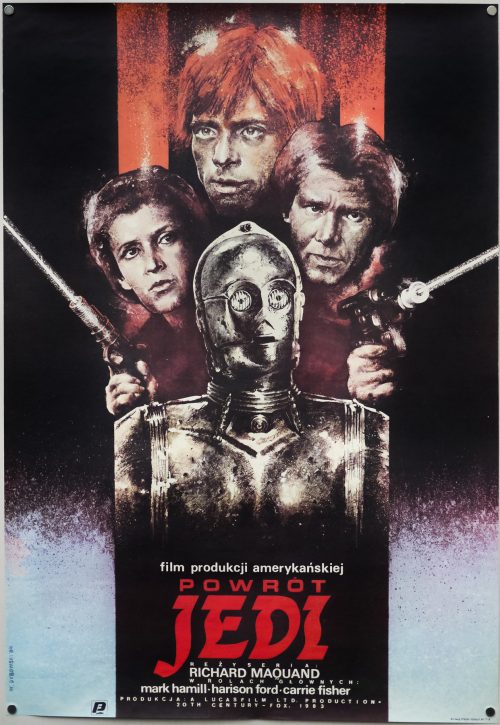 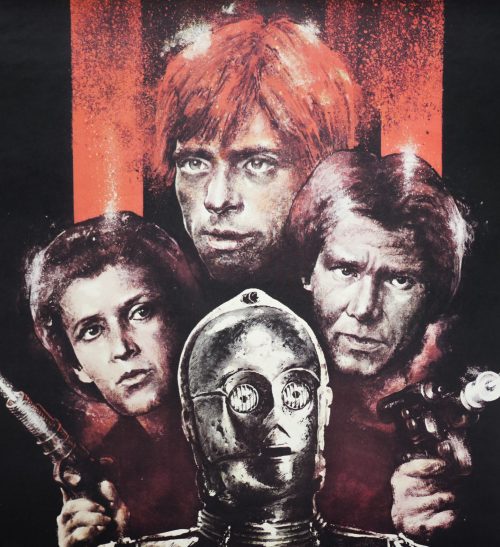 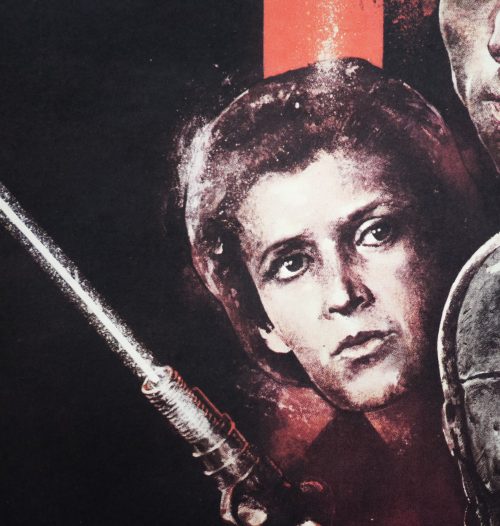 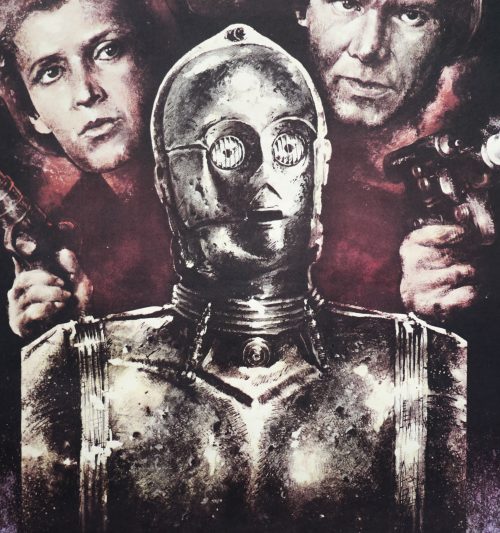 Title
Return of the Jedi

This is one of two posters printed for the original Polish release of Return of the Jedi in 1984. Although ROTJ, the third in the original trilogy of Star Wars films, was often maligned by fans who complained it was a weak end to the series and derided for featuring the child-friendly Ewoks, all was forgiven with the release of the 1999’s The Phantom Menace and its ‘galactic trade disputes’ and the risible Jar-Jar Binks. Now, although certainly not as highly acclaimed as the original 1977 film or the classic The Empire Strikes Back, ROTJ is still beloved by fans of the series. In 2015, director JJ Abrams will release Episode VII into cinemas, mooted as a direct sequel to this film and much anticipated by fans worldwide. JJ is seen as a much safer pair of hands than George Lucas after his shepherding of a well-received reboot of the Star Trek franchise.

This poster, depicting four members of the rebel alliance, including Luke Skywalker (centre top) and friendly robot C-3PO, and was designed and illustrated by Witold Dybowski who, according to the short biography on his official website, was born in Sopot, Poland and went on to study at the College of Design in Gdansk. After graduating he worked as a graphic designer, illustrator, art director and creative director in Poland, Germany and Austria. During the 1980s he worked on a number of Polish film posters advertising both native and Hollywood productions, which include this and one other poster for Return of the Jedi (to be added to Film on Paper later this year), Indiana Jones and the Temple of Doom and the ‘bubbles’ style poster for Aliens. Since 2010 he has been working as a freelance photographer and his official site features galleries of his work.

I also have the Darth Vader style Polish B1 designed by Dybowski.