Return Of The Jedi / B2 / Sano artwork style / Japan 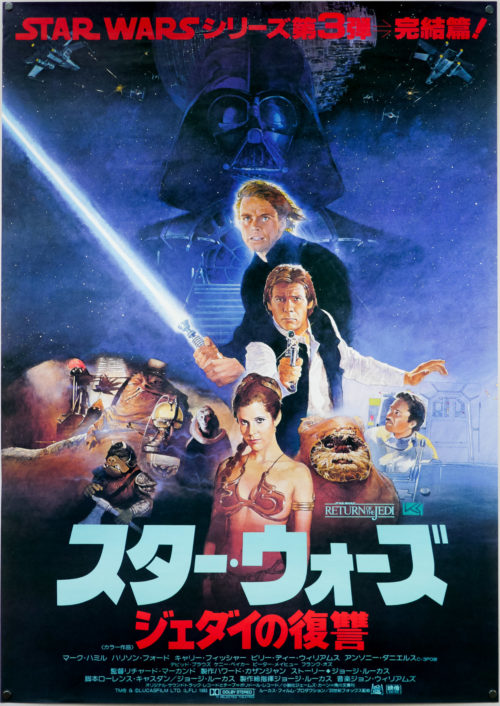 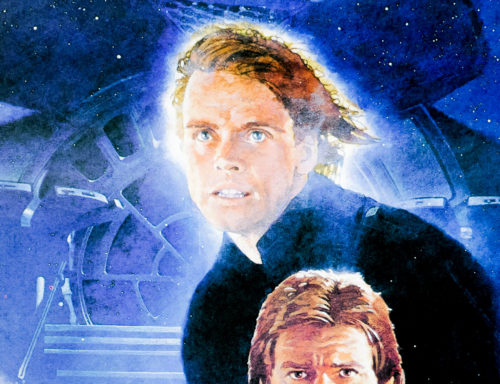 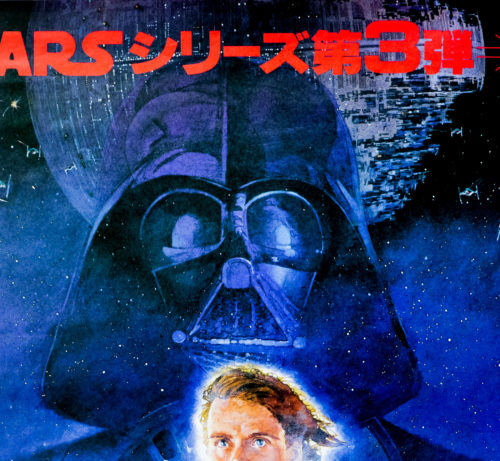 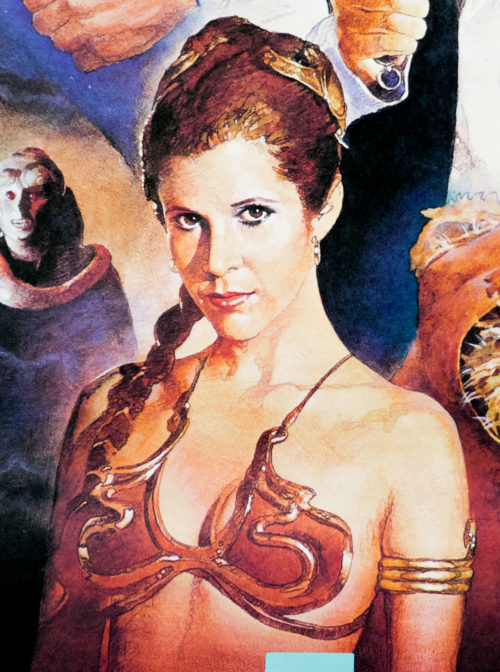 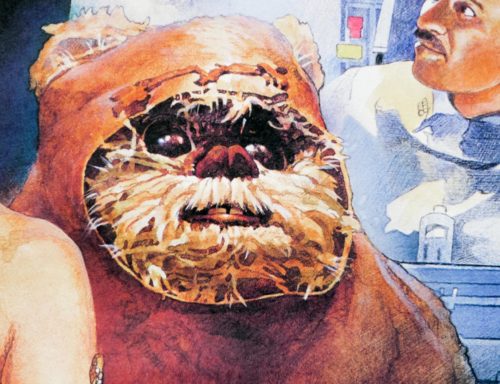 Title
Return Of The Jedi

This is one of four B2 posters printed for the original Japanese release of Return of the Jedi in 1983. Although ROTJ, the third in the original trilogy of Star Wars films, was often maligned by fans who complained it was a weak end to the series and derided for featuring the child-friendly Ewoks, all was forgiven with the release of the 1999′s The Phantom Menace and its ‘galactic trade disputes’ and the risible Jar-Jar Binks. Now, although certainly not as highly acclaimed as the original 1977 film or the classic The Empire Strikes Back, ROTJ is still beloved by fans of the series. In 2015, director JJ Abrams will release Episode VII into cinemas, mooted as a direct sequel to this film and much anticipated by fans worldwide. JJ is seen as a much safer pair of hands than George Lucas after his shepherding of a well-received reboot of the Star Trek franchise.

The artwork on this poster was painted by the late Japanese-American artist Kazuhiko Sano and also appeared on a US one sheet and multiple other posters around the world. As detailed in the notes for the one sheet, I discovered the following information about the artwork from an ebay auction description:

‘The art is by Kazuhiko (Kazo) Sano. The art direction and design were by Christopher Werner. There was some resizing of Lando’s head on this poster, which needed to match the general size of the other actors. Because Sano was in Japan when this decision was made, they had another artist come in to do it. This retouch artist may have been Vincent Malizia, an airbrush artist in Los Angeles. I have an old newspaper clipping with him standing in front of the Jedi B poster and a caption that reads he was an airbrush artist for this poster.’

Kazuhiko Sano was born in Toyko in 1952 and studied oil painting before moving to Los Angeles in 1975 and majoring in illustration at the Academy of Art College. He graduated in 1980 with a Master in Fine Art qualification and soon began working in commercial illustration, working on book covers, editorial illustrations and film posters for a whole range of internationally famous clients. He also returned to the Academy of Art College in 1986 to teach and worked there until his death in 2011. Unquestionably his most famous film poster work was this one for Return of the Jedi but there are a handful of others too.