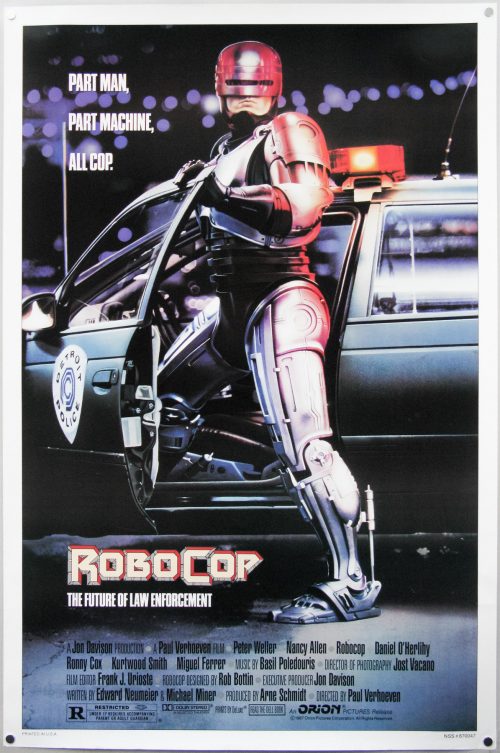 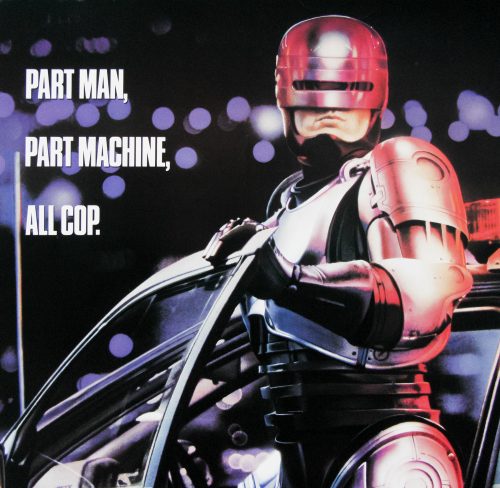 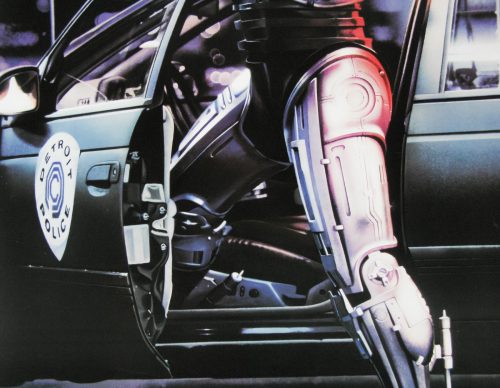 An iconic design on this poster for the US release of Paul Verhoeven‘s sci-fi masterpiece, Robocop. Set in a dystopian future Detroit where organised crime is rampant and the city is close to financial ruin, the mega-corporation Omni Consumer Products enters into an agreement with the city to run the police force and plans to introduce a robotic enforcer to work alongside the human officers. When tests with a weaponised droid called ED-209 go awry and an OCP junior executive is killed, the chairman agrees to back the plans of Bob Morton (Miguel Ferrer), another OCP executive with designs for a cyborg (half-man, half-machine) cop.

This one sheet was designed by the Los Angeles based marketing company B.D. Fox Independent, who have been working on film posters for over 35 years, creating some truly iconic images, including Halloween and The Fly. The brilliant, photo-realistic artwork was painted by the American artist Mike Bryan. In March 2014 the original painting was sold at auction (reaching almost $48k) and it was accompanied by a letter by the artist and that can be read here.