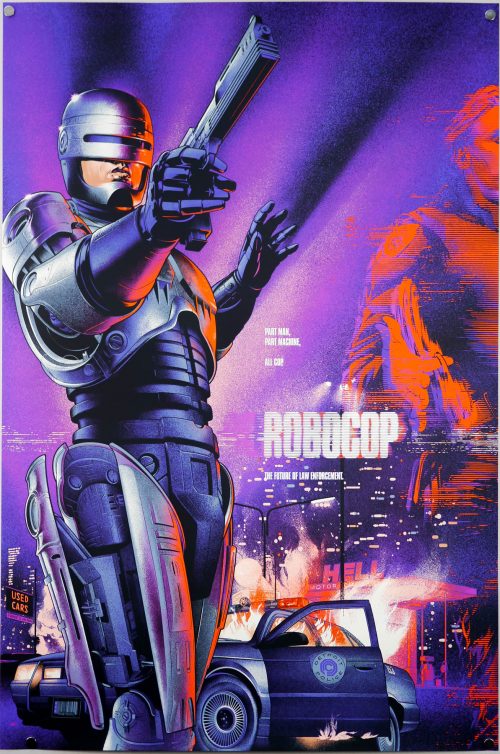 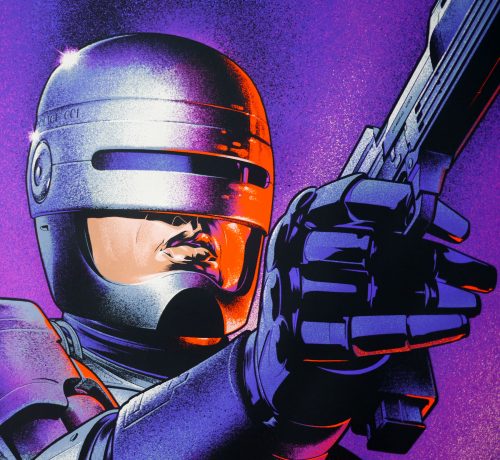 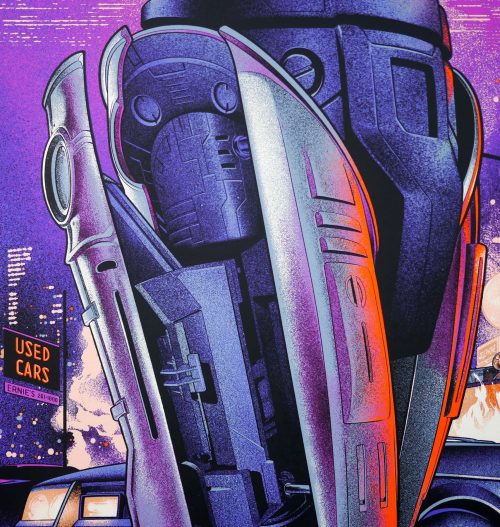 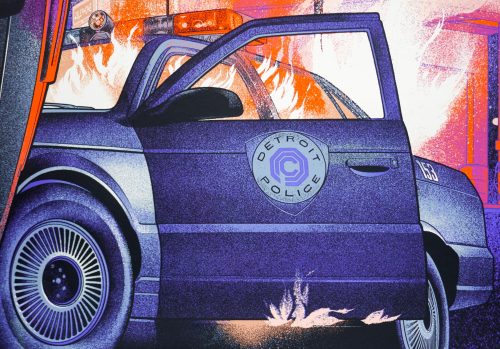 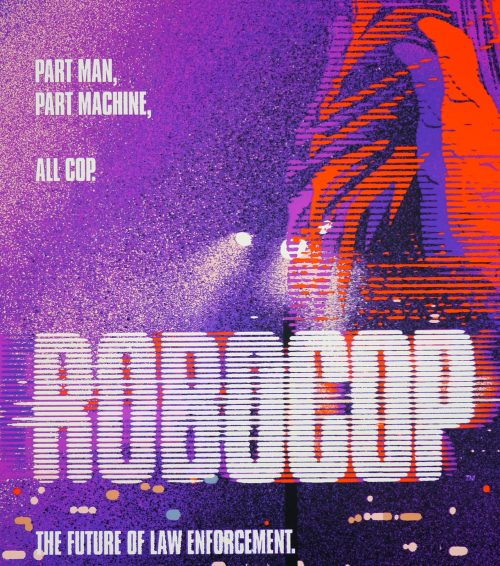 A striking design by Martin Ansin on this screen print for Paul Verhoeven‘s sci-fi masterpiece, Robocop. Set in a dystopian future Detroit where organised crime is rampant and the city is close to financial ruin, the mega-corporation Omni Consumer Products enters into an agreement with the city to run the police force and plans to introduce a robotic enforcer to work alongside the human officers. When tests with a weaponised droid called ED-209 go awry and an OCP junior executive is killed, the chairman agrees to back the plans of Bob Morton (Miguel Ferrer), another OCP executive with designs for a cyborg (half-man, half-machine) cop.

This print was one of several created by Martin Ansin for a joint show with fellow artist Kevin Tong held at the Mondo Austin gallery during March 2014. Tong also worked on a print for Robocop and other films covered included Flash Gordon and Alien. Badass Digest (now Birth Movies Death) went to the show and interviewed Ansin and Tong, which can be read here and Collider.com ran an article featuring loads of images from the show. There was a variant of this print available that was printed with metallic inks and has a different colour scheme, see here.