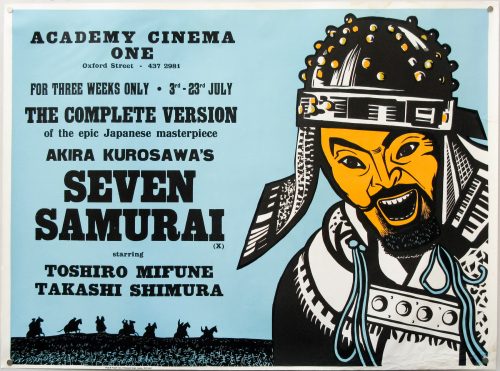 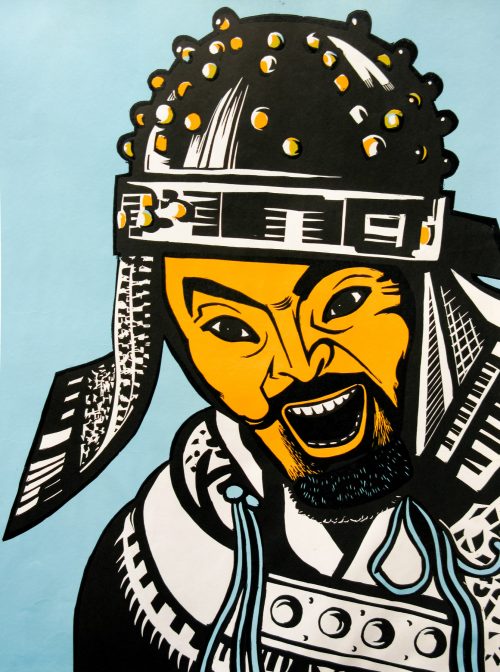 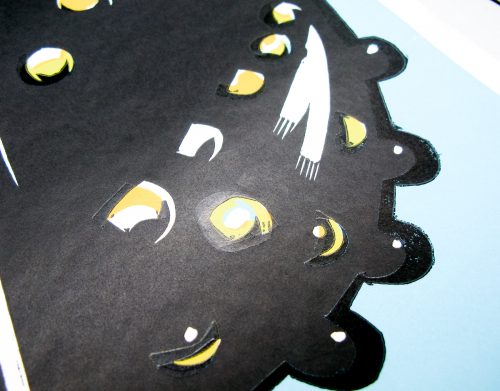 This poster was created by Peter Strausfeld who worked as the poster designer for the (now defunct) Academy Cinema One on Oxford Street, London. He created hundreds of posters during his career and was working on them up until his death in 1980. Peter was one of the few remaining poster designers to use the wood and linocut methods of printing, which meant all of his designs were unique and were created especially for the Academy One screening of the film. His posters are much loved by film fans and poster collectors for their striking, bold look.

Some more information on Peter here:

I’ve been able to identify the year of this poster as 1975 with thanks to Steve Moore, a friend and fellow collector, and a man called Pete Lawley who is currently (as of June 2018) writing a book about the Academy Cinema. Steve reached out to Pete and asked for help confirming the year and the author has identified several instances of the film being released at the cinemas, as follows:

18th February – 28th April 1955 – Pete has not seen a poster for this first UK release but assumes that the same, or similar artwork, was used.

13th May – 22nd December 1971 – This re-release was shown in Academy Three (effectively the third screen of the cinema) and no posters were apparently produced for this screen.

20th December 1973 – 20th February 1974 – This was shown in Academy Two and has the same artwork as this poster but has the text ‘First British Screen Presentation’ in place of the ‘For three weeks only…’ text, which is in relation to it being ‘The Complete Version’.

31st January – 3rd March 1976 – Academy Two – Pete is unsure what poster was used for this but thinks it unlikely that they created another variant for it. More likely a snipe was used or they reused the one from 1974.