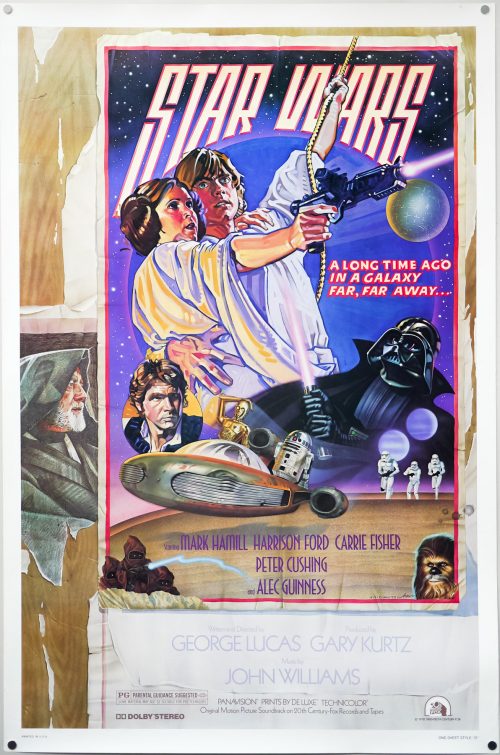 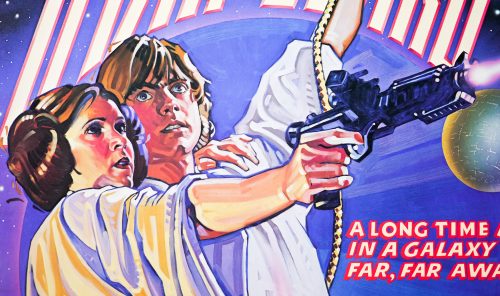 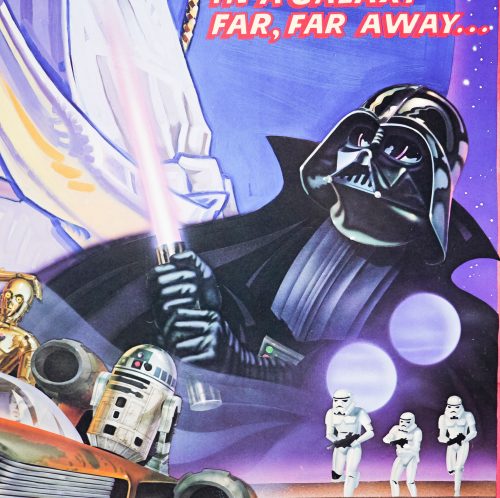 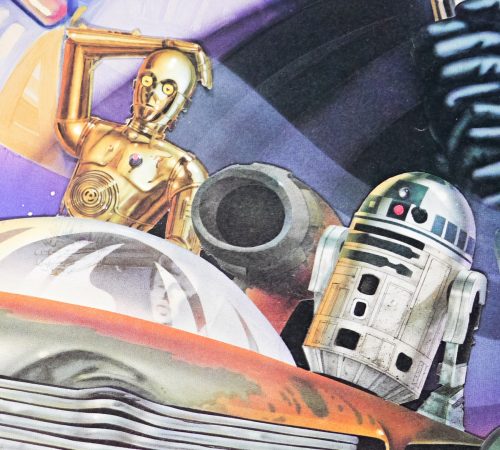 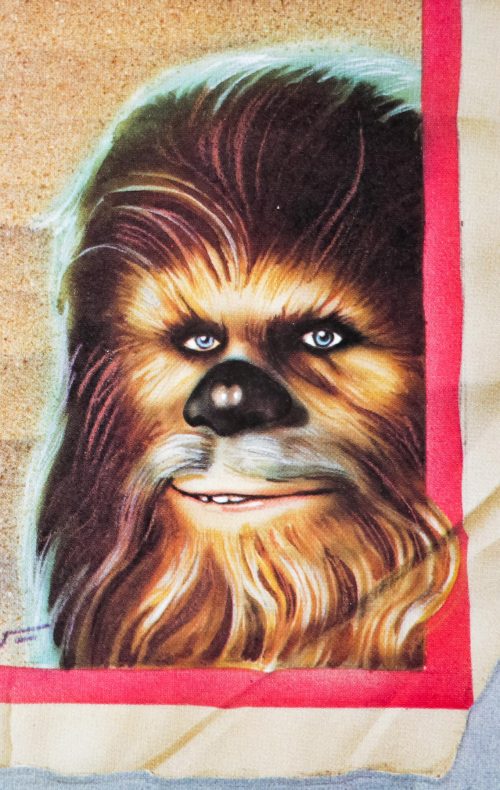 Tagline
A long time ago in a galaxy far, far away

This is the excellent ‘style D’ poster for the original sci-fi classic Star Wars, which was printed for the 1978 re-release of the film in the US. The artwork, which only appears on this US one sheet, was a collaboration between two talents; Charles White III who was at the time an established and well regarded artist well known for his skills with an airbrush, and Drew Struzan who was early in his film poster painting career and yet to paint the iconic images for which he is famous for today. This is Struzan’s first poster for the Star Wars franchise and he would later go on to be one of Lucasfilm’s most trusted artists, painting several other posters and related images for the Star Wars universe over the following 35 years.

In an interview with Airbrush Magazine in August 1999, Struzan said:

‘I will never fail to give credit to Charlie White for what he did for me. It may have been a small thing to him, but a life changer for me. He is an extraordinary artist famed for his airbrush work. He had the desirable assignment to do the one-sheet poster for the re-release of Star Wars in 1978. He is marvellous at painting objects, but was hesitant to paint portraits for the poster. Somehow, he asked me to paint the portraits while he would paint the droids and the like…Only an extraordinary individual does anything so generous and unselfish. It is the individual who deserves the honor. I have no doubt that there was a desire on Charlie’s part to do the best job possible on the Star Wars project…It was to his advantage to use the best talent he could find. He also gave the lettering to a great letterer. It made for an outstanding poster. All of us who worked on it have been proud ever since to have had the opportunity. It remains a perennial favorite, even among Hollywood executives.’

The style D page on TheForce.net notes that this is said to be George Lucas’ favourite Star Wars poster and the original artwork apparently hangs on the wall in his house. It is often described as being a ‘circus’ style poster as the main image has been illustrated to appear that it’s sitting on a wooden board with other older, torn paper surrounding it.

In another interview with Struzan carried out by Cinefantastique in 1997, the artist recalls how the design came about:

‘The novel idea of making the poster appear as if it were pasted on a wall came about almost by accident. “We had already done the lettering of the title, painting it in as part of the poster,” recalled Struzan. “Then, when we got the billing, we discovered there wasn’t enough room for all the credits, so we had to figure out a way to make more space. We thought, ‘Why don’t we take what we already have and paint it to look like it’s wild posted on top of other posters?’ That gave us the extra room we needed for the billing at the bottom. It was a case of Necessity being the Mother of Invention.” …”We had to do other art to fill it out, so we had a chance to include more characters. We added Han Solo in a little vignetted circle, and Alec Guinness was an afterthought. It kind of grew to include everybody.”‘

Note that this is the ‘studio’ version of the one sheet and there is also the National Screen Service (NSS) version which has all of the associated markings on the bottom edge of the poster. The studio style was printed by the studio itself, whilst the NSS version would have been produced at one of their own printing offices. There were also two official reprints done around the time of the film’s 15th anniversary but they are pretty easy to spot since they are undersized and feature several new lines of text (copyright and so on). Moviepostercollectors.com features a page on the poster that’s well worth a read.

Drew Struzan barely needs an introduction to film fans worldwide but he also has an official website featuring galleries of his work. To see the other posters I’ve collected by Struzan click here.