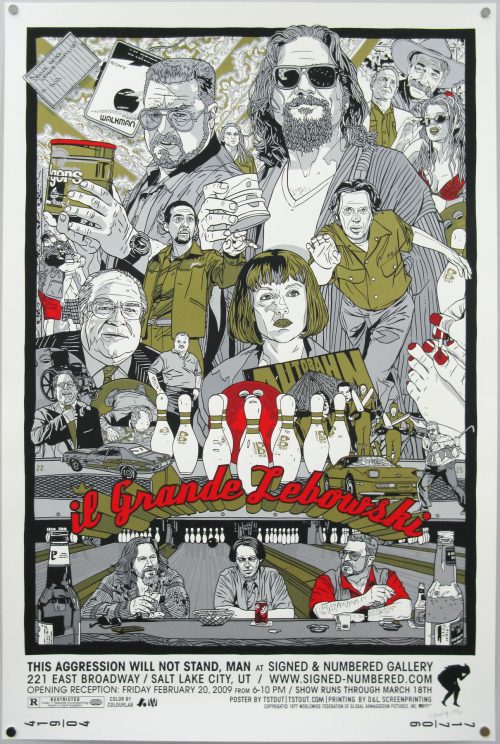 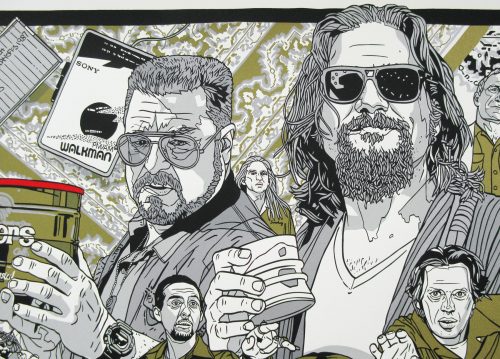 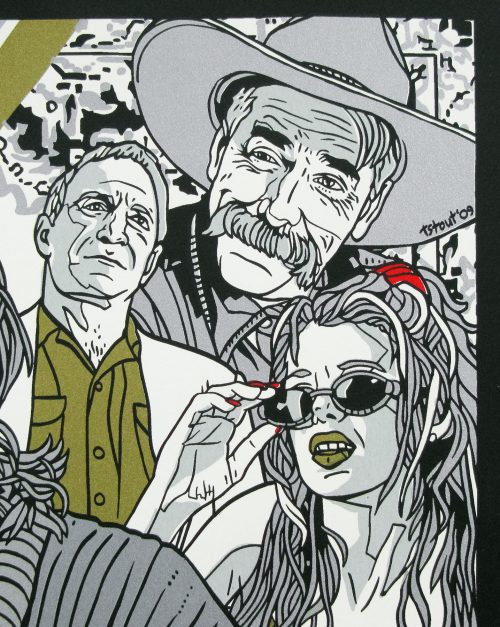 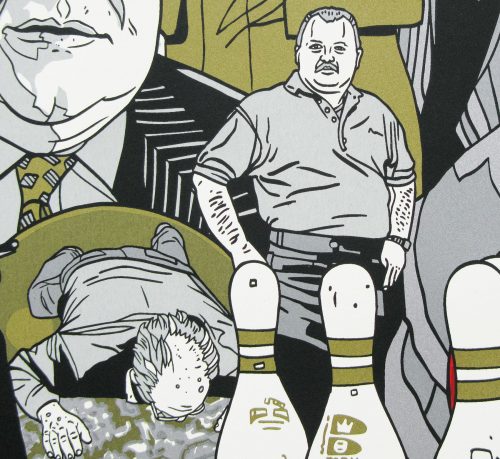 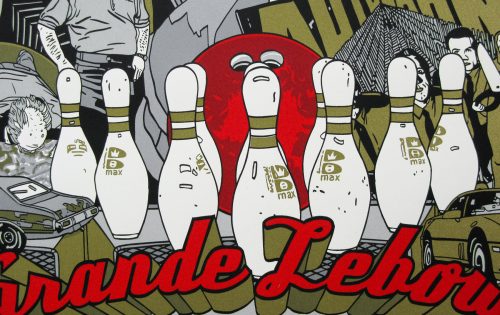 This is the scarce Posters and Toys variant of the 2011 screen print by Tyler Stout for the much-loved Coen Brothers classic, The Big Lebowski. Jeff Bridges stars as The Dude, a lifelong slacker who also happens to share his name with a millionaire philanthropist with a trophy wife who owes money to a shady pornographer. A pair of hired goons break into his place, rough him up and urinate on his rug. When the goons realise they have the wrong man they leave The Dude alone but, after consulting with his friends Walter (a memorable turn by John Goodman) and Donny (Steve Buscemi), he decides to seek out the real Lebowski to seek compensation for the rug, but things start to spiral out of control when the wife is kidnapped and he agrees to help secure her return.