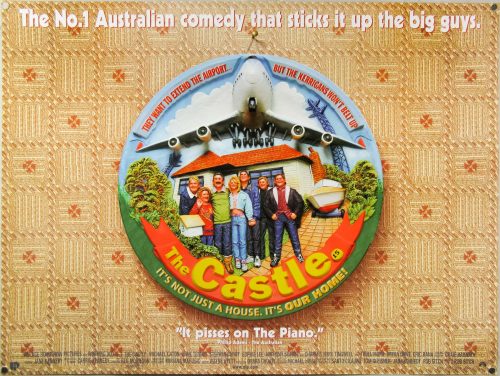 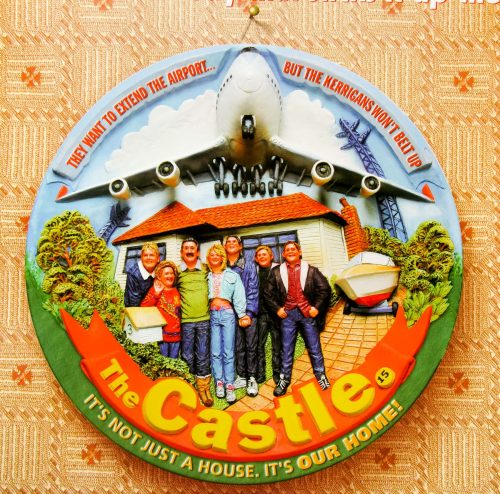 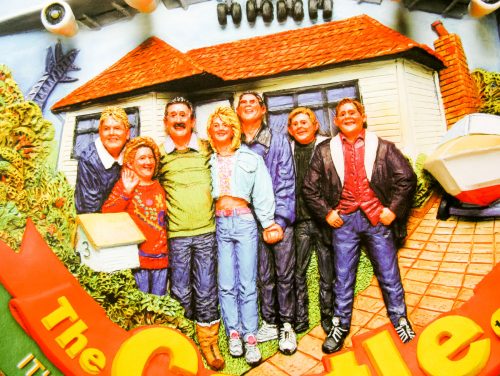 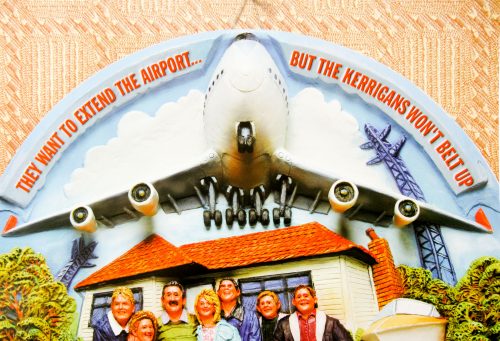 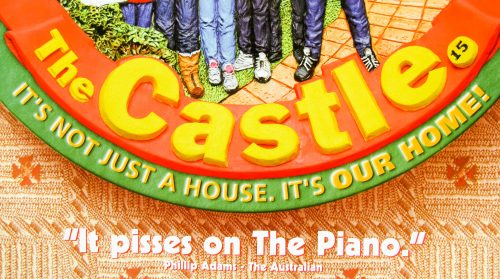 Tagline
They want to extend the airport... but the Kerrigans wont belt up!

The Castle is a true cult film and one that many folks outside of Australia will never have even heard of, but those that have seen it are very likely to sing its praises to anyone who’ll listen. For a long time it wasn’t an easy film to catch in the UK, having opened at a handful of cinemas in 1998 and then languishing unreleased on DVD until a month ago (it was released on VHS at a time when that format was being ousted from most shops). I first saw it after borrowing a copy of the Australian DVD from a Kiwi friend who had urged me to watch it on a number of occasions and I’m very glad I did.

It’s a really funny, sweet little film and you can’t help but get caught up in the story of a family trying to save their home from destruction. Some of the Aussie references will be lost on non-natives but there’s plenty to enjoy and I heartily recommend you check it out as soon as possible. The film is endlessly quotable and, from what I understand, it’s a film that Australians really took to heart. I’ve been told that you’d be hard pressed to find any Aussie who can’t recite lines such as “This is going straight to the pool room” or “Tell him he’s dreaming”.

This British poster features a unique design of a ‘pottery relief’ of the Kerrigan family in front of their house with a Jumbo jet flying overhead. This was done by the great British artist Brian Bysouth. The press quote is also rather great and I had someone tell me that this particular poster was withdrawn at some cinemas for the ‘pissing’, though I’m not sure how true this is.

One poster that I recently discovered had your input is the quad for The Castle, which is that small independent Australian film that came out in the 1990s. You modelled the wall plaque that’s featured on it, right? How did that come about?
We went to a screening of the film and afterwards had a meeting to discuss what we all thought was a unique and challenging film to create a poster for.  Later I sat down with Steve Laws, the studio manager and a leading creative, and we thrashed out some ideas, but inspiration was lacking.  The following day an excited Steve came into my office and explained his idea for making something ‘that the dad in the film would be happy to have in his poolroom’ (a famous quote from the film).

Steve’s idea was that we should create something that you could easily imagine hanging in the poolroom amongst all of the other bric-a-brac. We decided to imitate those bass-relief plaster plaques that you see in kitsch-filled shops. So we went out and bought some Plasticine and a very large plate to base the model on, and I set to work. I modelled the characters and the airplane taking off over the bungalow. The title was cut out of Plasticine and included around the base. I remember thinking that my art school training in sculpture was a real help.

Steve and I enjoyed a good laugh as we watched the thing develop, and a series of transparencies were made to show the client how it was progressing. When it was finished I painted it with poster colour then sprayed it with varnish to protect the delicate surface, and that was that. For the background of the poster we wanted to reproduce the wallpaper of the poolroom but couldn’t find anything we liked, so we ended up using a macro close-up of one of the FEREF account executive’s silk ties!

Note that the article also features an image of an initial sketch idea for the poster by Brian.