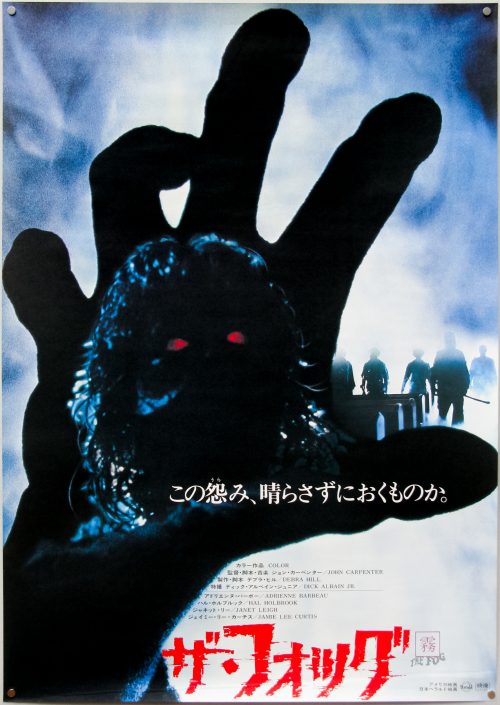 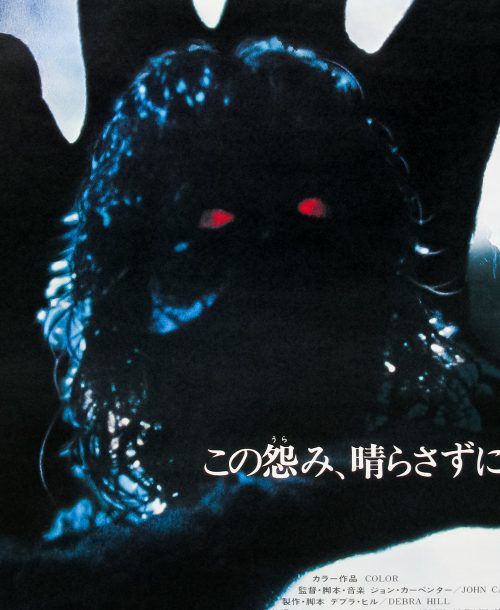 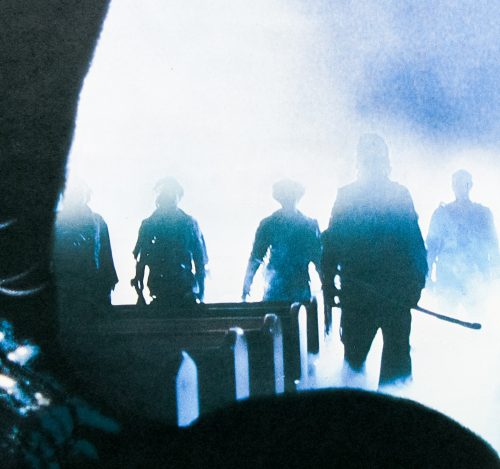 This is the Japanese B2 poster for John Carpenter’s excellent supernatural horror The Fog, the next cinema release following the directors’ 1978 horror masterpiece Halloween. The film is set in the fictional Californian fishing town of Antonio Bay which is about to celebrate its centennial. What the current residents don’t know is that the town holds a terrible secret; the six original founders deliberately wrecked the Elizabeth Dane, a ship containing a wealthy man named Blake and his five companions who were all suffering from leprosy and wanted to establish a colony nearby. After plundering the wreck and stealing the gold onboard, the conspirators went on to establish Antonio Bay and deliberately covered up their actions.

I also have the Japanese B1 poster that can be viewed here.