The House Where Evil Dwells / one sheet / USA 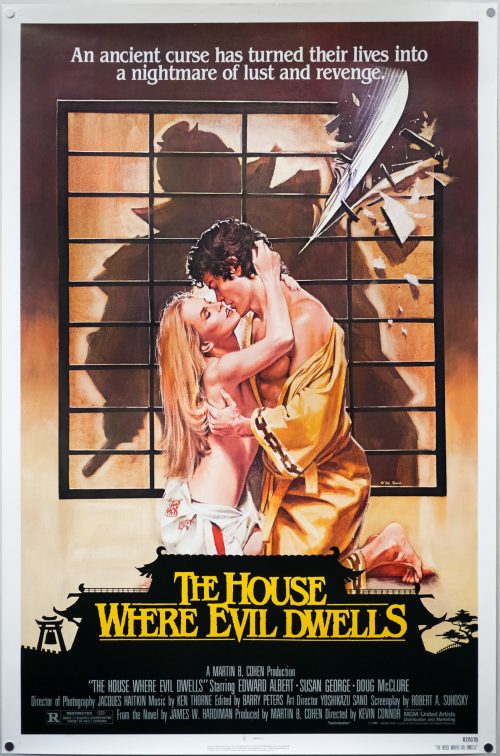 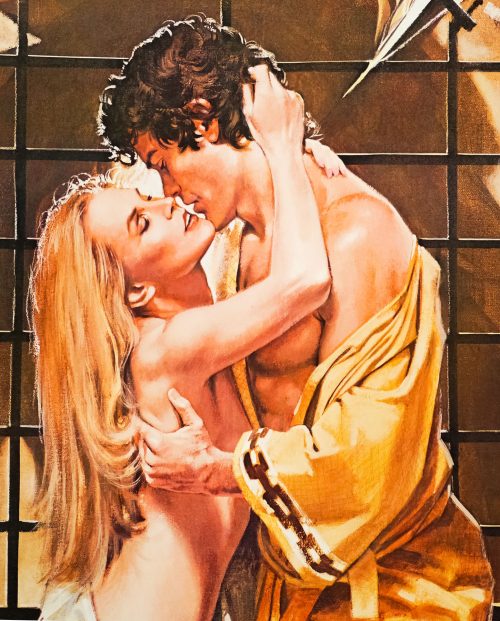 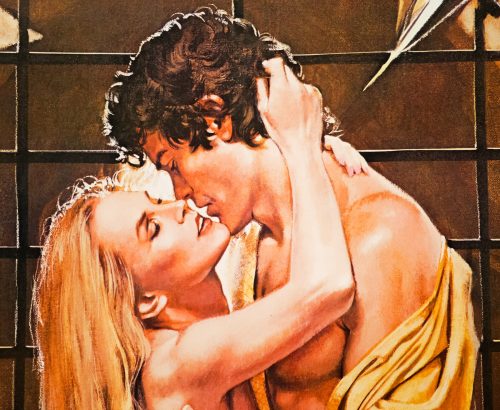 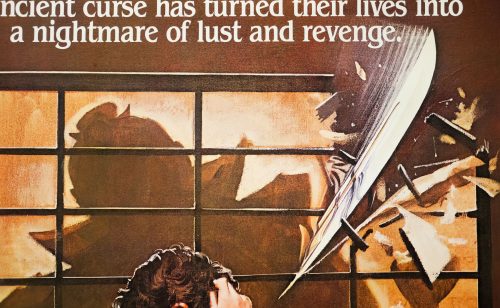 Title
The House Where Evil Dwells

AKA
Ghost in Kyoto (Japan)

Tagline
An ancient curse has turned their lives into a nightmare of lust and revenge.

Artwork by the American artist John Solie features on this one sheet for the release of the 1982 USA/Japan co-production, The House Where Evil Dwells. Set and shot in Japan, the film is a horror based on a novel by James Hardiman and is effectively a haunted house tale. It opens in the city of Kyoto in 1840 and sees a samurai warrior return home to discover his wife being unfaithful with another man. In an utterly graceless, slow-motion sequence we watch as he butchers the pair before committing seppuku (ritual suicide). As the house is ravaged by a storm, a miniature figurine depicting a pair of lovers (one a devil like creature) is swept into the foundations, presumably cursing the place.

140 years later, the film picks up as US diplomat Alex Curtis (Doug McClure) meets an old friend, Ted Fletcher (Edward Albert) and his wife Laura (Susan George) and daughter at the airport. The family have traveled there to live for a few months for reasons that aren’t exactly made clear (something to do with his career?) and Alex has found them the perfect house to stay in. Of course it’s the same one depicted earlier and it’s now reported to be haunted. The couple soon begin to experience strange occurrences, with the audience first seeing the ghosts of the butchered lovers and angry samurai moving around the family before things take a dark turn as they begin to possess each one in turn. It soon becomes clear that the ghosts intend to free themselves from purgatory by causing Ted, Laura and Alex to commit a similar sort of murder-suicide. A Zen monk living nearby tries to warn the family and stop the ghosts before it’s too late.

It’s fair to say that The House Where Evil Dwells is no masterpiece and in fact is one of the clunkiest horror films I’ve ever watched. Director Kevin Connor, who is best known for the series of sci-fi fantasies he directed for Amicus productions (e.g. The Land That Time Forgot), has since said that his submitted version was heavily cut by producers, removing many scenes of character development. There’s no doubt this would have helped a bit, but it’s the acting from the likes of McClure and Ted Fletcher that really sinks the film. McClure is famous as an inspiration for the character of Troy McClure on The Simpsons, a Hollywood has-been reduced to appearing in shady infomercials and other such work. The actor himself never really found fame in Hollywood, despite appearances in over 500 films and TV shows. On the evidence of his performance here, it’s not hard to see why. Fletcher is perhaps even worse and Susan George, although great in Sam Peckinpah’s Straw Dogs, practically phones it in here. The lowlights of the film are undoubtedly the sex scenes between Laura and Ted and later Laura and Alex. Cringeworthy doesn’t quite cover it!