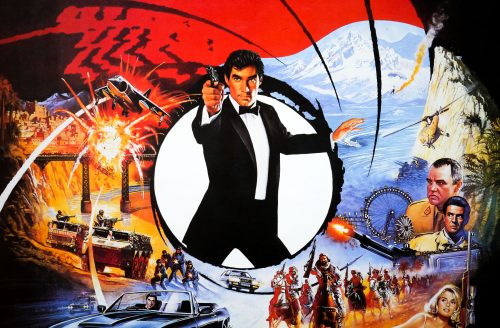 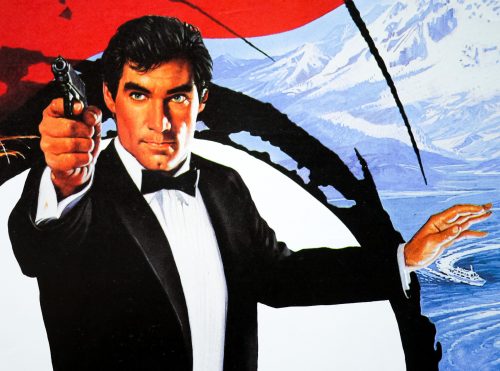 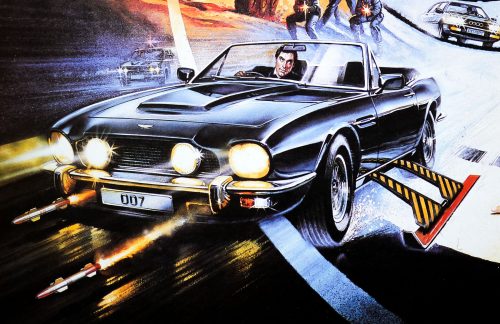 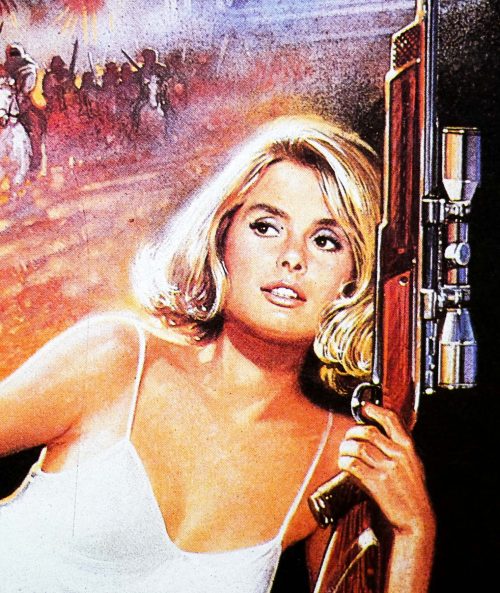 The Living Daylights was the first of two films in the long-running James Bond franchise to feature actor Timothy Dalton as the legendary spy. Dalton had been offered the role following Roger Moore’s decision not to reprise it in the wake of the disappointing performance of 1985’s A View to a Kill. The film sees Bond caught up in an international conspiracy after the abduction from a London safe-house of a recently defected KGB officer, which sees the agent travel to Czechoslovakia, Morocco, Austria and eventually Afghanistan in search of the missing man. The spy uncovers an arms-dealing plot with global ramifications and he must work with the Russian girlfriend of the missing KGB officer to get to the truth and prevent the conspirators from fulfilling their plans.

This is the UK quad and it features artwork that was used across the globe to promote the film. It’s unquestionably the last truly great Bond poster and was also the last to be entirely hand painted. The man responsible is the British artist Brian Bysouth and the poster was discussed during my 2012 interview with him:

I never knew how much FEREF were charging the client and I never thought to enquire. I decided that I was going to charge £3000 for my work on The Living Daylights because I had been working on the campaign for weeks. The fee was agreed and that was fine. Looking back in retrospect at an illustration that was used around the world to market a James Bond film do you really think that was a lot of money? It’s peanuts! Especially in comparison to the enormous budget the studio would have allotted to the marketing in total. Finally, I hope I am right in believing the client thought well of FEREF because we didn’t ridiculously inflate the price of the work we did for them. We sincerely believed we were the best at what we did, and it was upmost in our minds that we had to be competitive with our charges.”

The article also features pictures of the original artwork and initial sketches for this poster.