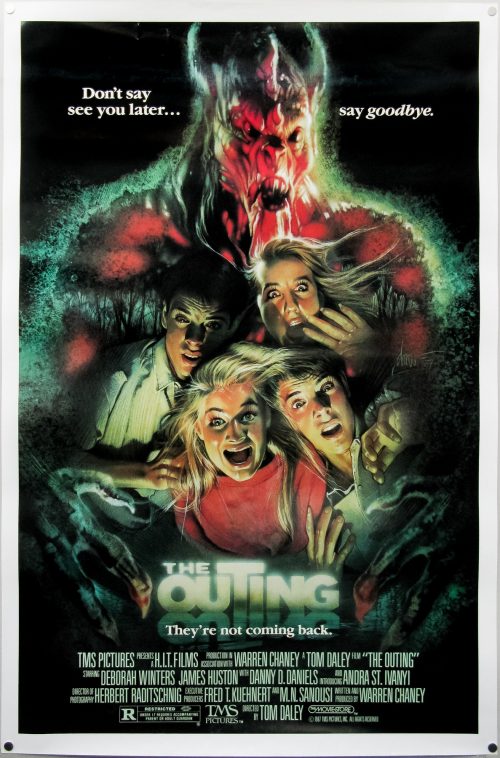 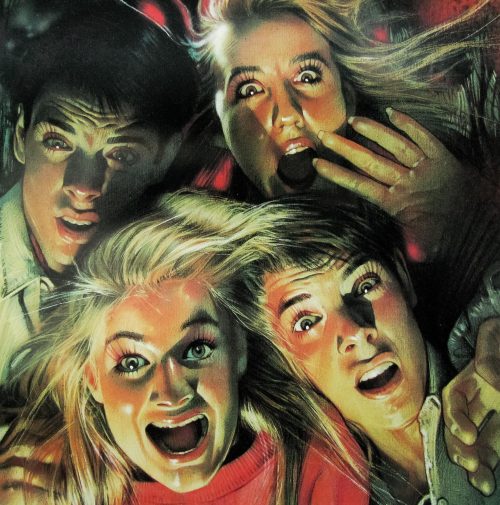 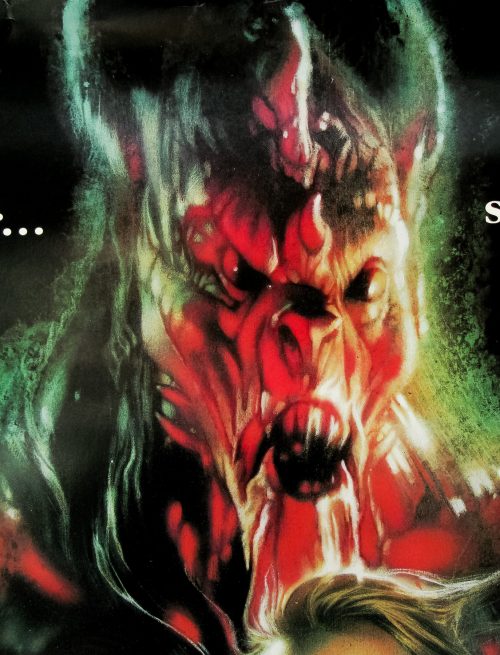 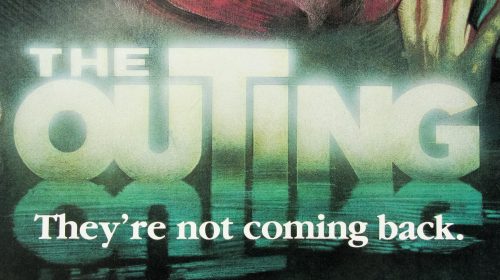 AKA
The Lamp (Japan)

Tagline
Don't say see you later... say goodbye. | They're not coming back.

A rarely seen ‘style B’ one sheet with artwork by the great Drew Struzan, for the release of the horror film The Outing, which was actually a re-edited version of the 1986 film The Lamp. Skouras Films distributed the film in most territories outside of the United States but, for reasons I’m unable to ascertain, the domestic release was handled by the now defunct outfit The Movie Store who cut 18 minutes, primarily from the first ‘prologue’ part of the film, and changed its name to the one seen on this poster. The Lamp cut of the film is now something of a cult classic and it faired much better on its original worldwide release than The Outing did in the US.

The Lamp version of the story starts in the 19th century onboard a cargo ship from the Middle East bound for Texas. When the ship docks most of the crew have been killed with only the captain and a young girl surviving, that is until the mysterious killer strikes again and the source of the evil is shown to be related to an ornate Arabian lamp. Jumping forward several decades (where The Outing begins) a bunch of hicks are ransacking the home of an elderly Arabic lady who they murder before coming across the lamp seen at the start of the film. When one of the thieves accidentally rubs the object, the evil djinn (or genie) is unleashed and proceeds to massacre each of the men one by one. During the subsequent police investigation, the lamp is found and sent to the Houston Museum of Natural Science, which is where the bulk of the film takes place. A teenage girl, whose father works at the museum, discovers the lamp and is somehow possessed by the creature, persuading a bunch of her schoolmates to stay the night at the museum allowing the evil genie to have his wicked way.

This style B differs from the other version of the poster, which I also have in the collection, by depicting the evil genie in all its gruesomeness. The main image of the four terrified teens features on both posters, albeit with a slightly modified colour scheme.

To see the other posters I have in my collection that were painted by Drew Struzan click here.