The Satisfiers of Alpha Blue / one sheet / USA 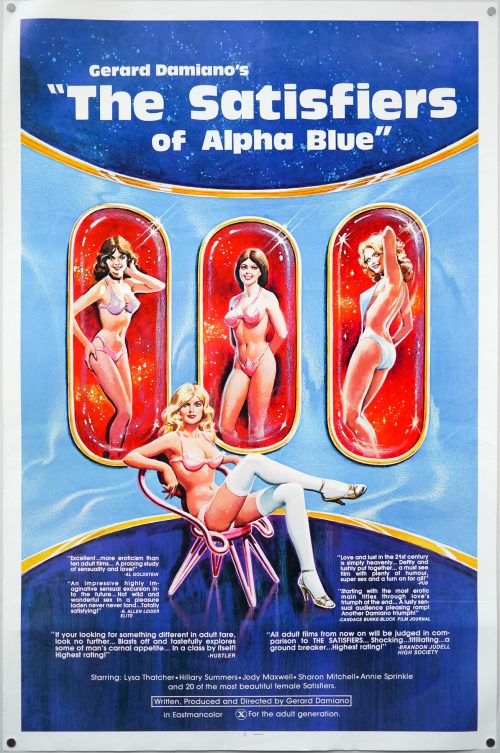 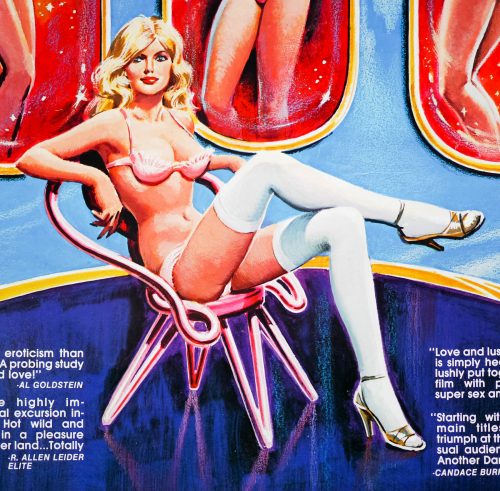 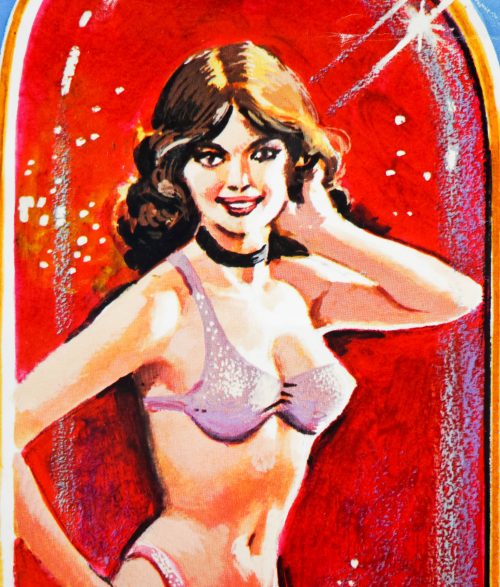 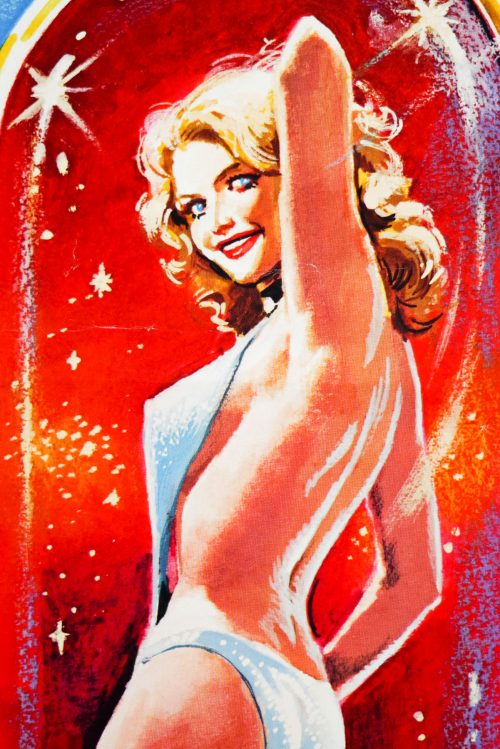 Title
The Satisfiers of Alpha Blue

This film stars two male actors who were also key figures in the industry; Robert Kerman (AKA R Bolla) and Herschel Savage. Kerman introduced Savage to the industry in 1976 and he would go on to star in over 160 adult titles, including the 1978 classic Debbie Does Dallas. Lysa Thatcher, another prominent character during the golden period also appears.

The plot is described thusly on Wikipedia:

In a futuristic society called ‘Alpha Blue’, sexual needs are fulfilled by a computer. Griffin (Savage) is happy with this state of affairs and spends his time with prostitutes, but Algon (Robert Kerman) longs for the good old days of love and romance. He falls in love with Satisfier 805, Diana (Thatcher).

The artwork on this one sheet is fairly innocent, particularly in comparison to some of the posters for other adult films of the period. I’ve been unable to discover the identity of the artist so if you have any ideas please get in touch.