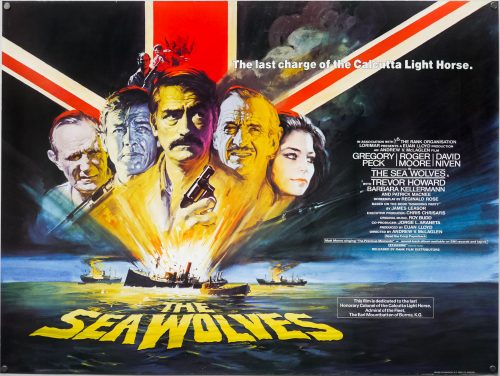 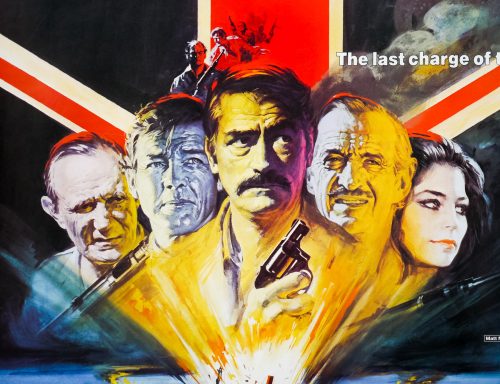 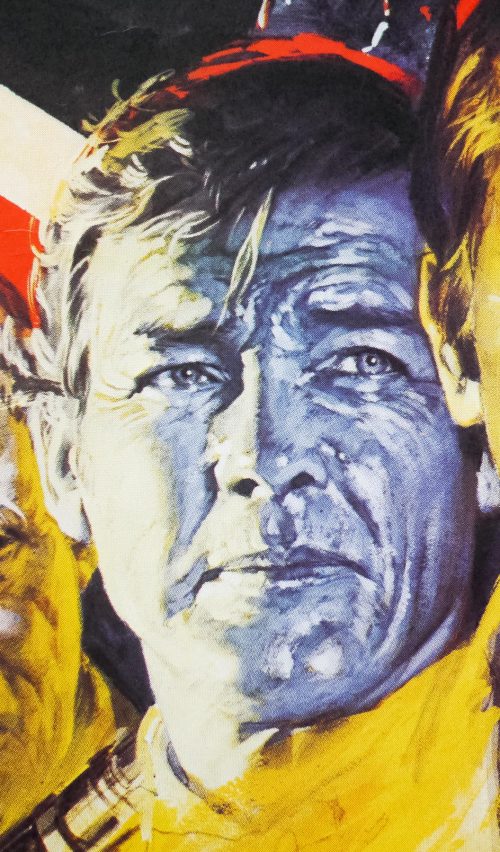 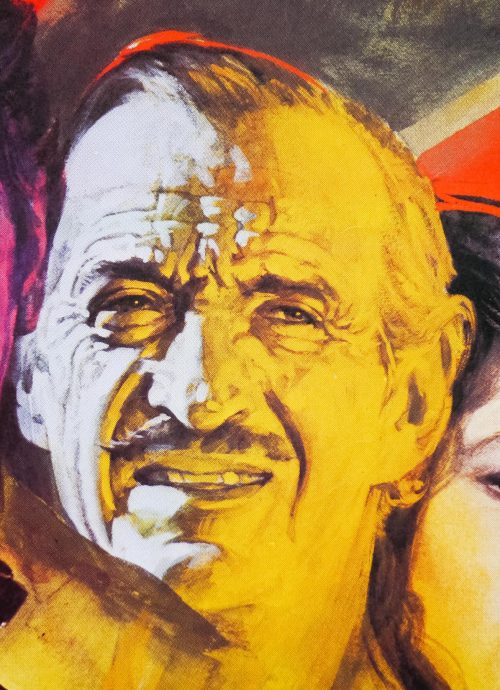 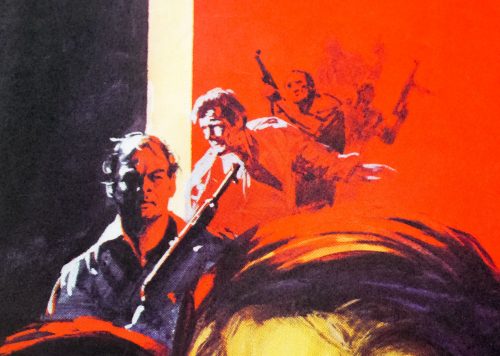 Tagline
The last charge of the Calcutta Light Horse.

Featuring great art by Arnaldo Putzu, this is the UK quad for the 1980 action film The Sea Wolves, which is based on real events that occurred during the Second World War. As mentioned on the poster, the story is based on the exploits of ex-members of the Calcutta Light Horse, a cavalry regiment of the British Indian Army that was formed in 1872 and was disbanded a couple of years after the end of WWII. The plot sees British intelligence discovering that a Nazi radio ship is broadcasting the coordinates of allied ships from a harbour in Portuguese Goa, which was neutral during the war, so an all out assault cannot be launched by the Navy because of this.

British Intelligence officers Col. Lewis Pugh (Gregory Peck) and Capt. Gavin Stewart (Roger Moore) lead the operation and covertly enlist retired officer Col. Bill Grice (David Niven) of the Calcutta Light Horse & some of his former soldiers. The gang sneak into Goa and arrange a diversion on the evening of a planned raid, before making their way to the radio ship carrying enough explosives to sink it and put a stop any more transmissions. The film reunited much of the creative team behind an earlier OAPs on a mission film, 1978’s The Wild Geese, including director Andrew V. McLaglen, screenwriter Reginald Rose, producer Euan Lloyd and several of the stars.

The poster was designed by the British designer and artist Vic Fair who is one the most important people ever to work on British film marketing. He is responsible for several iconic posters, including The Man Who Fell To Earth, posters for Hammer horrors like Vampire Circus, and the withdrawn advance one sheet for A View to a Kill. I interviewed Vic for this site and that article can be viewed by clicking here.