The Stuff / one sheet / USA 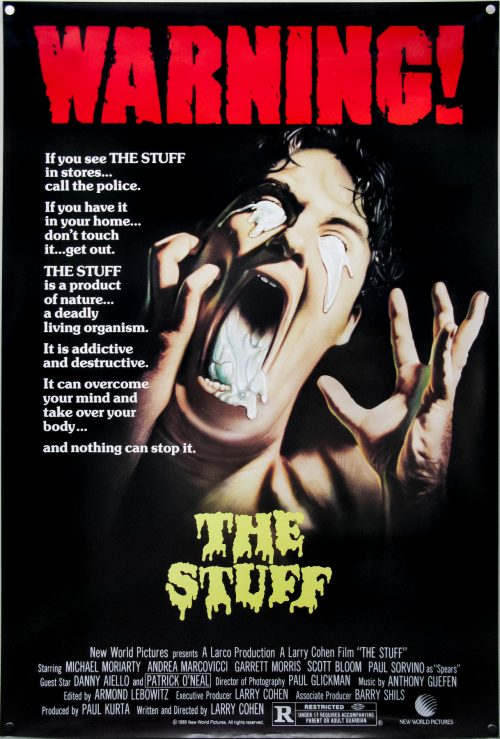 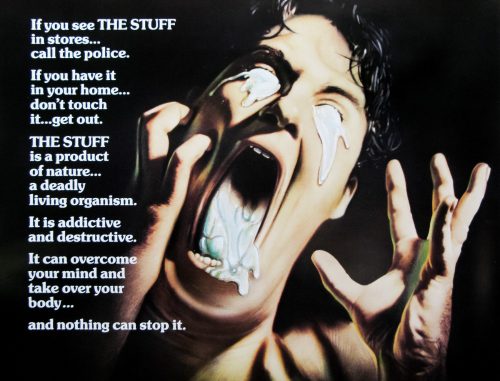 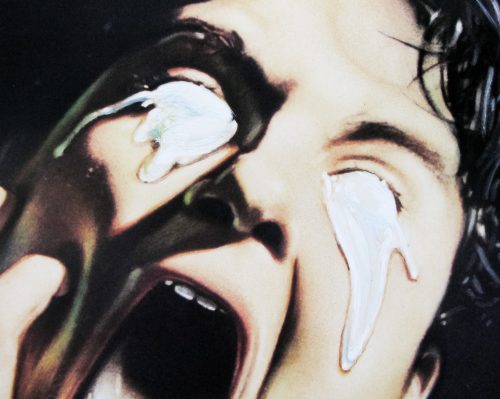 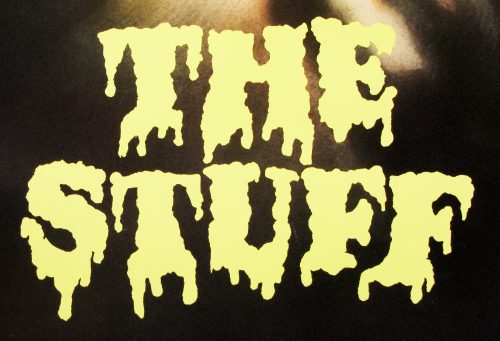 You only have to look through my poster archive to know that I love schlocky horror films as much as the next person, but I really struggled to make it through The Stuff when I rewatched it again recently. Sadly, that wasn’t because it was too gory or scary but because it’s such a terrible mess of a film, with clunky pacing, a complete lack of suspense and painfully bad acting across the board. Lead Michael Moriarty gives one of the strangest performances I’ve ever seen featuring baffling line deliveries and the general air of someone who thinks he’s acting in another film entirely.

The premise is okay with a mysterious white goo being discovered in the desert by a miner who then samples it, declares it to be tasty, and before long it’s the nation’s favourite dessert and is being marketed as an alternative to ice cream. The only downside is that it turns people into brain-washed zombies who infect anyone else they come into contact with. The leaders of several ice cream companies hire Mo Rutherford (Moriarty), a former FBI agent, to investigate what the secret of The Stuff really is.

I’m unsure who painted the artwork on this US one sheet so please get in touch if you have any ideas.