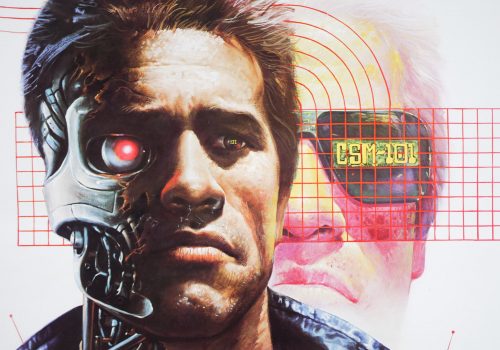 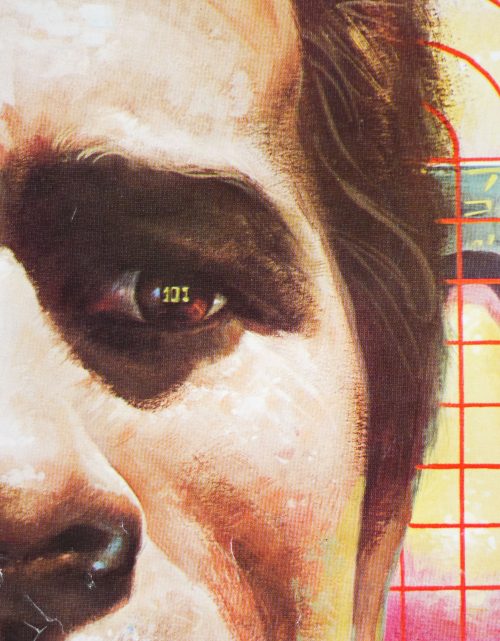 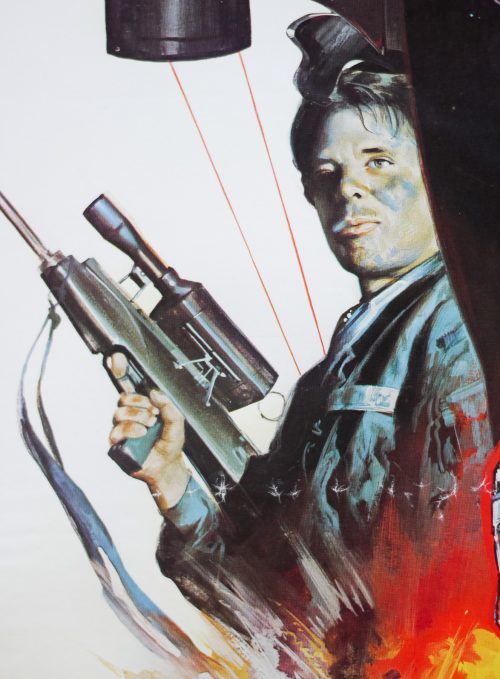 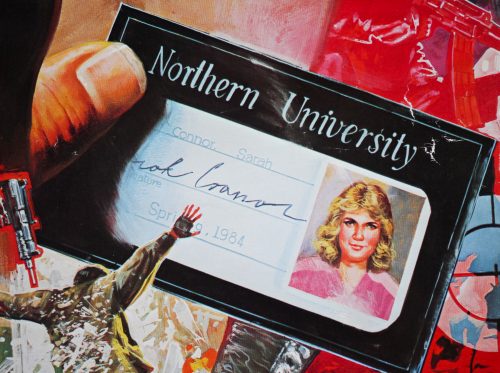 The US poster features an iconic photograph of Arnie alongside a lengthy tagline, whilst the UK quad went for an illustration depicting a battle-damaged Terminator showing the endoskeleton underneath. This poster for the Polish release of the film features a stylised silhouette of Arnie as the Terminator with coloured circles, some of which represent the red eyes of the Endoskeleton underneath.

This Thai poster displays unique, detailed artwork that was painted by Tongdee Panumas (he signs his posters with just his first name) who was an incredibly prolific Thai film poster artist during the 70s, 80s and 90s. I’ve been unable to find out much about him, other than that he was born in 1947. If anyone has any more information please get in touch.

Note that this poster is slightly larger than the standard Thai poster size (of about 21″ x 31″) and also note that this poster has sustained water damage to the bottom right side and has lost part of the artwork as a result. A few copies of this poster have surfaced in this condition and it’s believed that they were found in a stack in a warehouse that had sustained flood damage (very common in Thailand, sadly) and were damaged when they were later pulled apart. As a result the level of damage varies in some of the posters. You can see what’s missing on this image of the poster from an old emovieposter auction.

To see the other Thai posters in the Film on Paper collection click here.