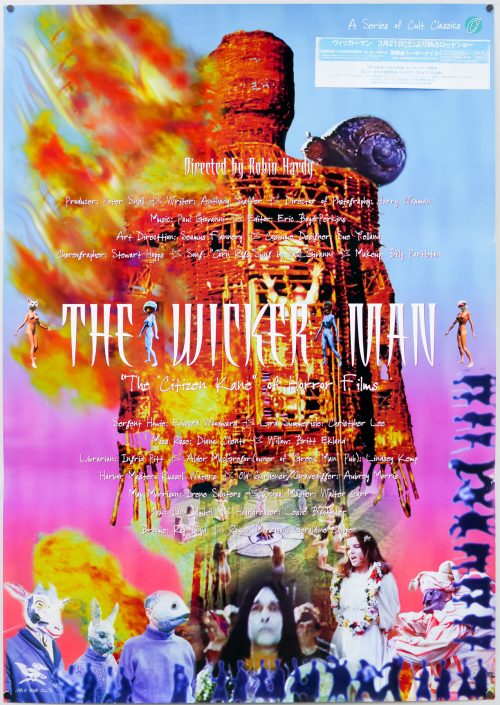 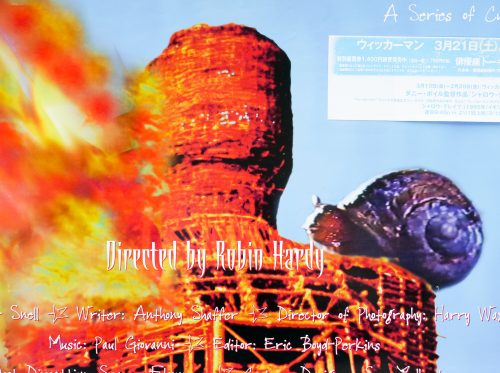 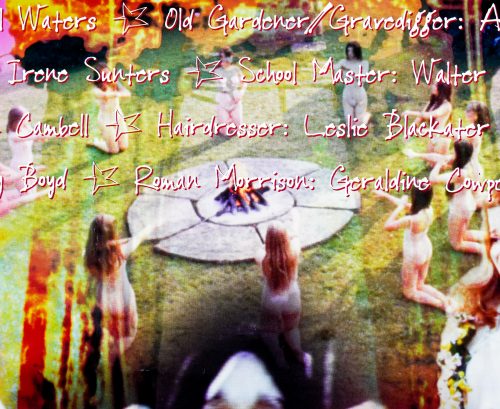 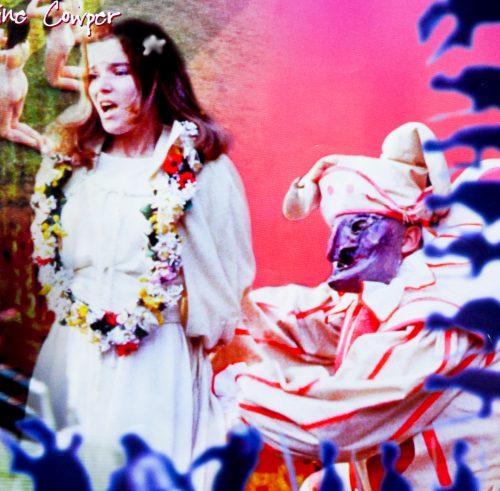 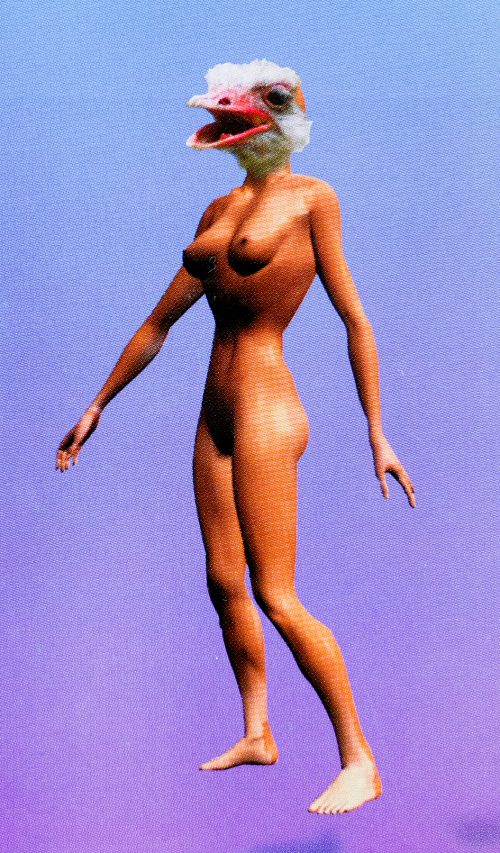 Remember the giant snail sitting on the shoulder of the titular statue as it burns during the climax of the British classic The Wicker Man? The designer of this poster for the first release of the film in Japan (in March 1998) must have seen a different print than the rest of us; perhaps the infamous lost footage is safe and well over there, and also features the appearance of a large mollusc? As for the naked torsos with the animal heads – your guess is as good as mine!

The Wicker Man is a true British classic and even though it started life as a low-budget b-feature the film has lost none of its power since its release forty years ago this year. Based on a script by celebrated screenwriter Anthony Shaffer, who had previously seen great success with the play Sleuth (1970), The Wicker Man was helmed by first time director Robin Hardy and was filmed on location around Scotland, with several coastal settings chosen to stand-in for the fictional island of Summerisle. It’s unfair to call the film a horror as it’s a mix of murder-mystery with occult undertones and features an unforgettable finale that lingers in the mind for a long time after the credits roll.

Edward Woodward stars as Sergeant Howie, a strait-laced policeman sent from the Scottish mainland to to investigate the mysterious disappearance of a local girl. After encountering indifference and hostility from the inhabitants, Howie decides to investigate the islands’ de facto leader Lord Summerisle (A memorable Christopher Lee) and soon discovers that this charismatic figure’s influence and beliefs hold sway over the population. The policeman realises too late that he has been brought to the island for reasons more sinister than the supposed disappearance of a local girl, and things are about to get very heated indeed for the unlucky Sergeant Howie.

This poster features images from the film, including the scenes where the islanders dress up for a procession (hence the animal masks) and a sinister-looking Lee in the make-up his character wears during these moments. Over the years the actor has repeatedly claimed that The Wicker Man was the finest script he’d ever read and is very proud of his role in the film, even if he does express annoyance about the missing scenes. Note that the paper snipe in the top right features details of the film’s showtimes and other details, which features on every copy of this poster that I have ever seen.

In addition to this poster I also have the UK one sheet and the large American 40×60 poster.