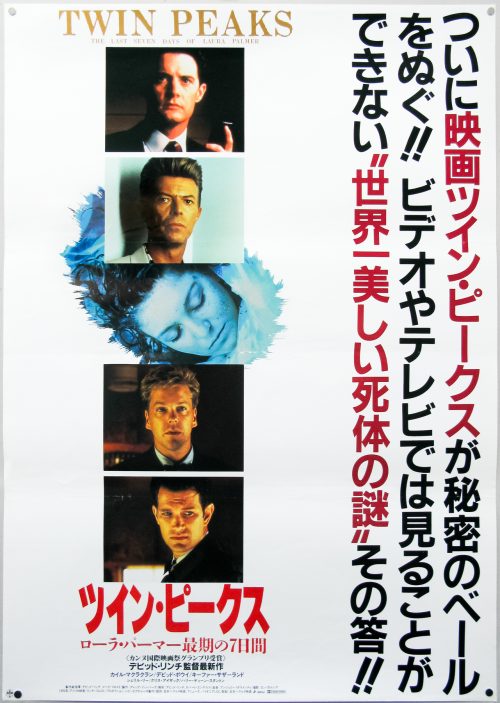 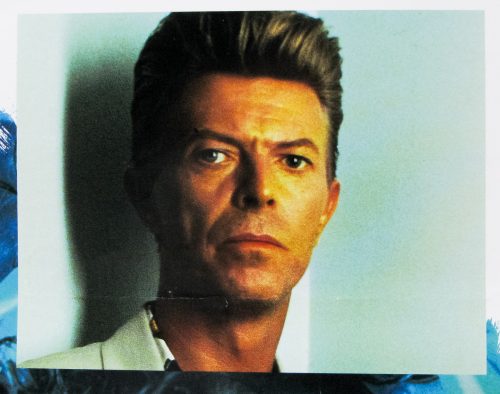 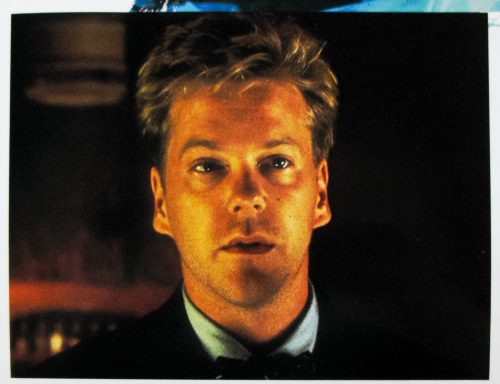 Chris Isaak plays FBI Agent Chester Desmond who, along with his new partner Sam Stanley (Kiefer Sutherland), are sent to investigate the murder of Teresa Banks in the town of Deer Meadow. After finding an important clue, Desmond mysteriously disappears and the film then cuts to one year later in the town of Twin Peaks, picking up the story of homecoming queen Laura Palmer whose eventual murder has a direct link to that of Teresa Banks.

However, the film was a commercial success in Japan where David Lynch and Twin Peaks are held in very high regard, and where this B2 poster hails from. It features head-shots of the principal cast members, including David Bowie who actually only appears in a short cameo role as an FBI agent.