Twin Peaks: Fire Walk With Me / one sheet / USA 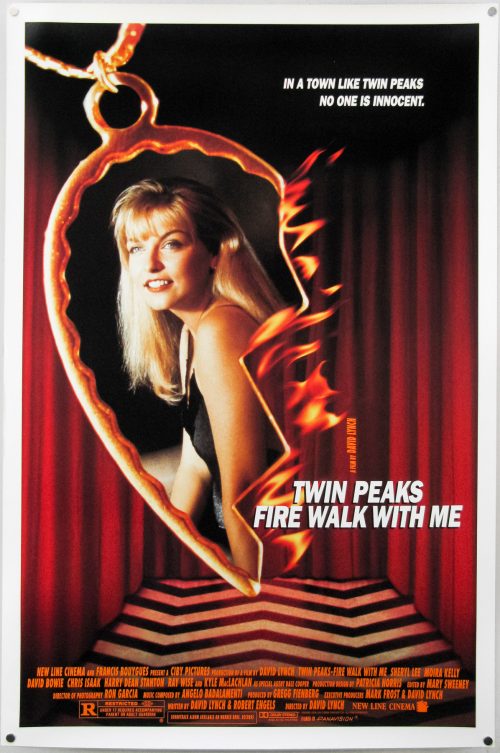 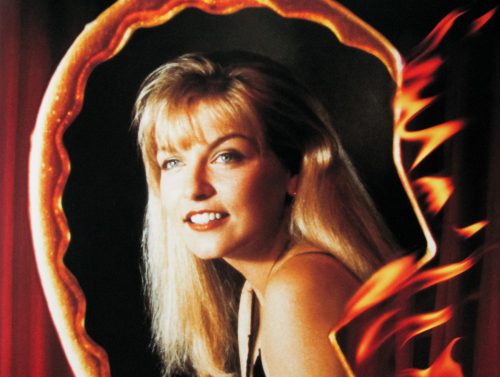 Tagline
In a town like Twin Peaks, no one is innocent.

In Twin Peaks: Fire Walk with Me, Chris Isaak plays FBI Agent Chester Desmond who, along with his new partner Sam Stanley (Kiefer Sutherland), are sent to investigate the murder of Teresa Banks in the town of Deer Meadow. After finding an important clue, Desmond mysteriously disappears and the film then cuts to one year later in the town of Twin Peaks, picking up the story of homecoming queen Laura Palmer whose eventual murder has a direct link to that of Teresa Banks.

This US one sheet features a portrait of Laura Palmer (Sheryl Lee) and the split necklace. Notably this one sheet is double-sided and will have been one of the first to be printed in this way.