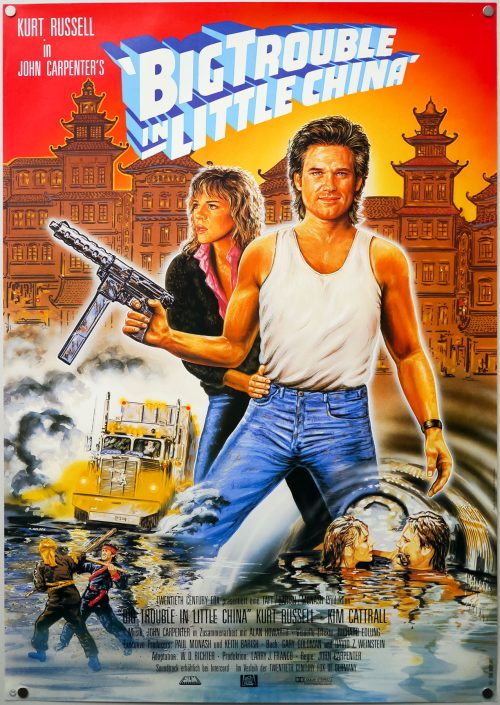 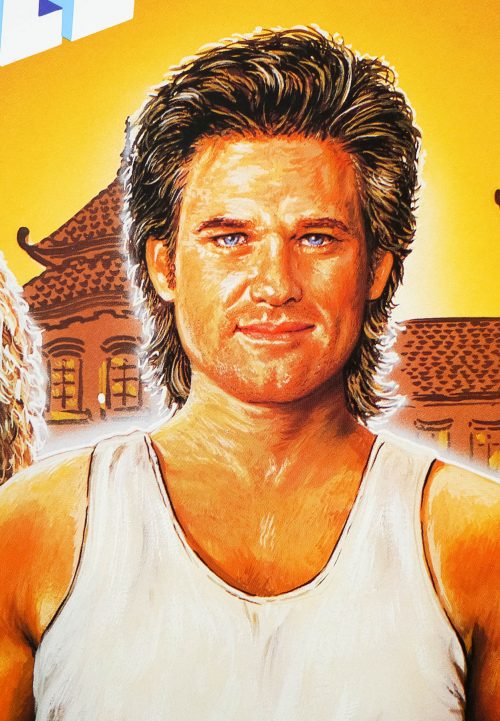 John Carpenter’s excellent action adventure Big Trouble in Little China marked the director’s fourth outing with lead actor Kurt Russell and also saw him satisfy his long-held desire to make a film featuring martial artistry. The film apparently started life as a Western but the screenwriter W. D. Richter was tasked with retooling the script and modernising it completely. Russell stars as Jack Burton, an all-American trucker who arrives in town with cargo to deliver and, after beating him at a card game, offers to drive his friend Wang Chi (Dennis Dun) to the airport to pick up his fiancee, Miao Yin (Suzee Pai). When a gang of thugs from the Lords of Death street gang abduct Miao Yin, Burton and Wang chase them back to the alleys of Chinatown.

After interrupting a funeral procession the pair become embroiled in a battle between two rival Chinese gangs, which is brought to a conclusion by the arrival of The Three Storms, a trio of supernaturally strong warriors. Whilst attempting to escape, Burton inadvertently runs over the crime lord Lo Pan (James Hong) who then blinds Burton after he exits his truck. As Lo Pan’s gang steals the truck, Wang leads Jack out of the area and to his restaurant where they meet up with a lawyer called Gracie Law (Kim Cattrall), Wang’s friend Eddie Lee (Donald Li) and magician Egg Shen (Victor Wong). The gang then plan a mission to rescue Miao Yin from the clutches of Lo Pan, who aims to sacrifice her in order to break an ancient curse. What follows is an action-packed romp that sees Burton and the others descend into the crime-lord’s lair to face-off against a series of adversaries, both human and otherwise.

Russell plays Burton with a perfect mix of tough-guy bravado and goofball charm and the character makes a nice change from the gruff, no-nonsense roles he played in Escape from New York and The Thing. Sadly, the film was to prove a flop at the box-office and it struggled to even regain its $25 million budget. Carpenter and Russell have since revealed that they feel the studio didn’t really know how to sell the film to audiences, plus it was also (unluckily) released with a couple of weeks of James Cameron’s mega-hit Aliens. Big Trouble in Little China became a huge cult hit on video and has subsequently seen a large amount of critical reappraisal and now stands at 82% fresh on RottenTomatoes.com, for example.

In the States the film was marketed with a Drew Struzan illustration, whilst the UK was treated to a wonderful Brian Bysouth painting. This is the German poster that features exclusive artwork by someone who signs their work A. Helden. It’s a decent portrait of Russell and Cattrall and also features Burton’s truck, the Pork Chop Express. Despite numerous searches I’ve been unable to discover much about the artist, so if you have any ideas about them please get in touch. 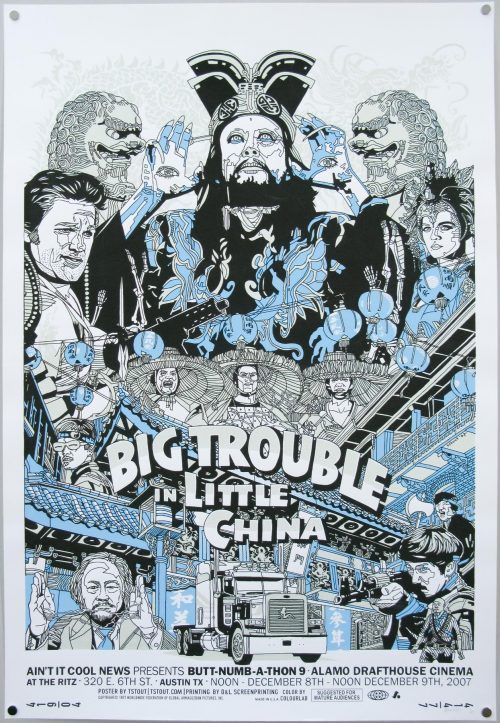 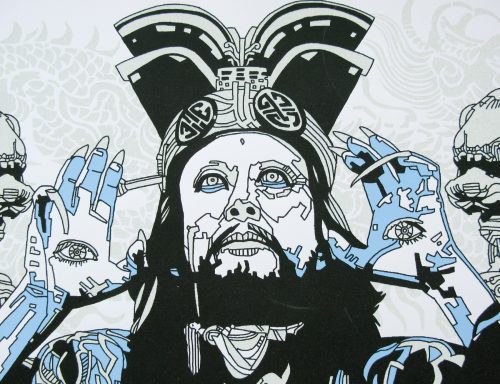 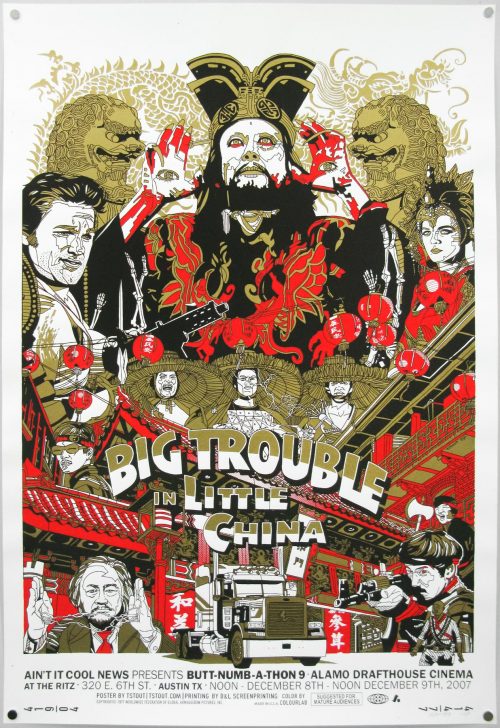 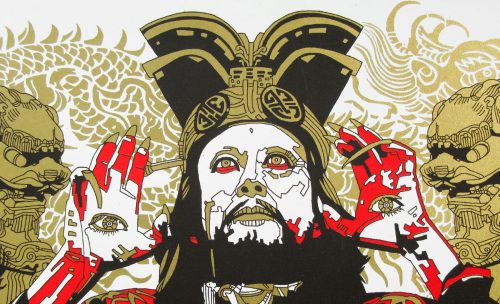 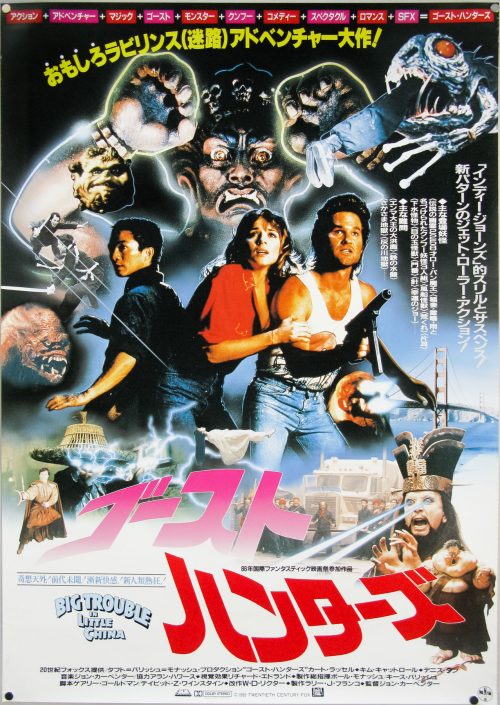 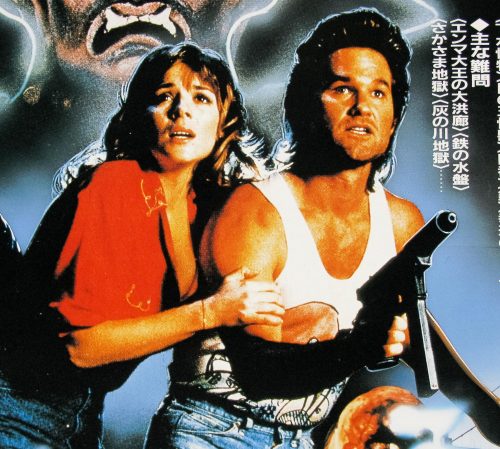 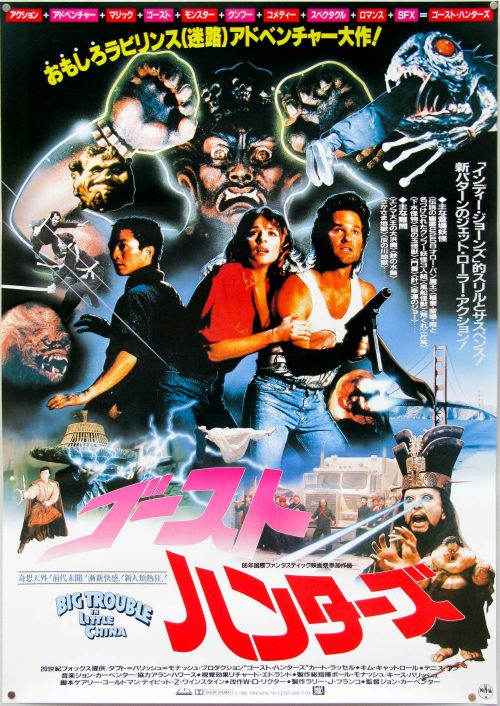 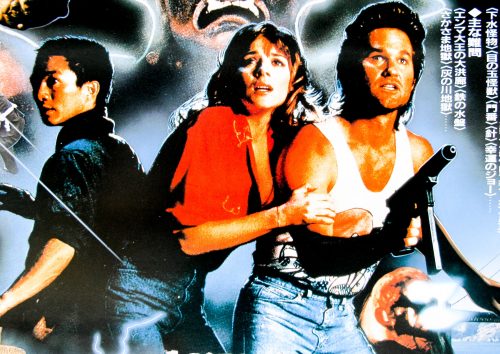 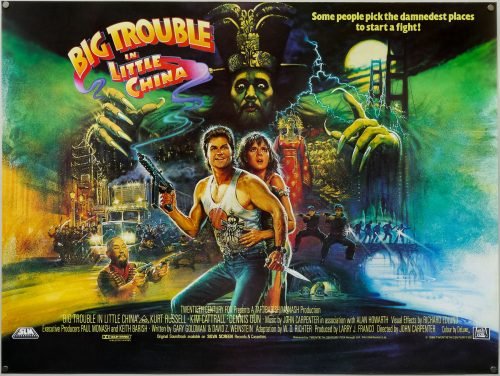 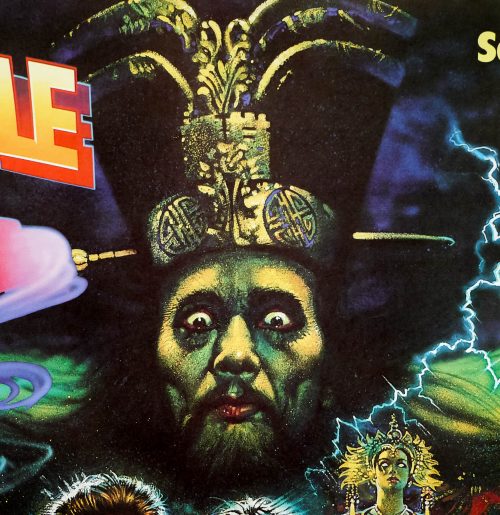 Tagline
Some people pick the damnedest places to start a fight!

A brilliant quad for this John Carpenter classic, which was designed and illustrated by the British poster artist Brian Bysouth. In 2012 I met and interviewed Brian and the resulting article can be found here. 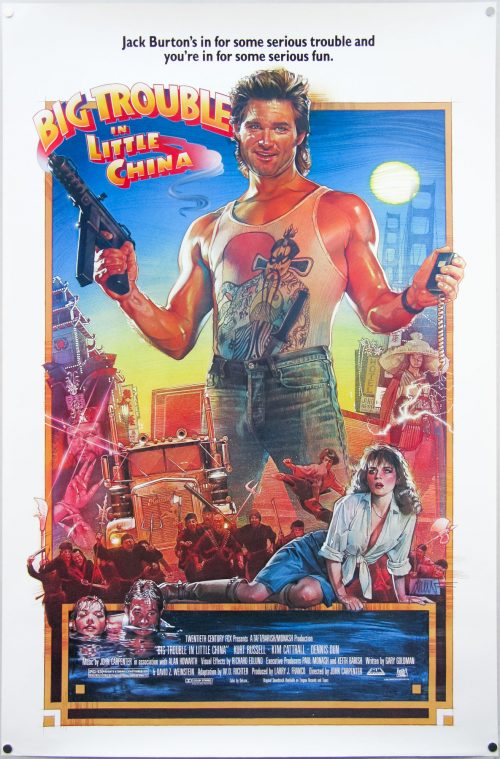 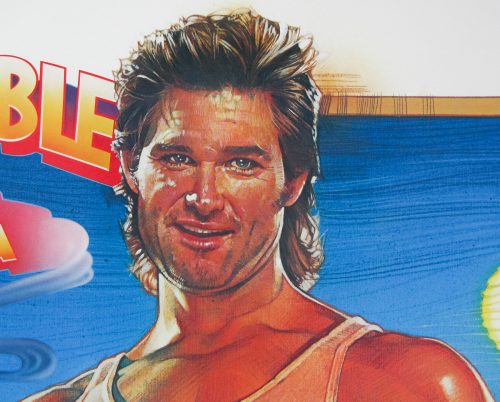 Style of Poster
Studio (no NSS)