The Black Bird / one sheet / USA 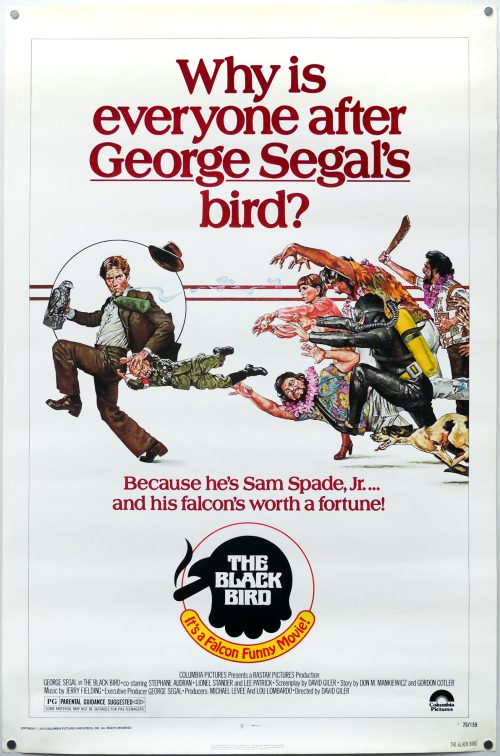 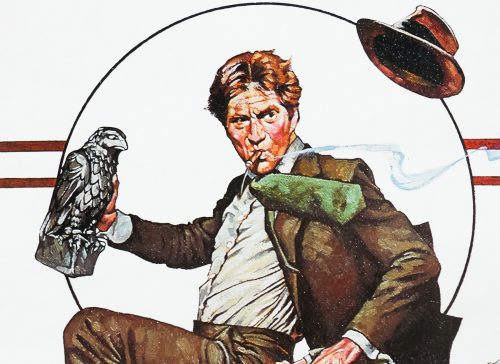 Tagline
Why is everyone after George Segal's bird? Because he's Sam Spade Jr... and his falcons worth a fortune.

This one sheet for the largely forgotten (and ill-advised) quasi-sequel to the classic 1941 film The Maltese Falcon, The Black Bird, features one of the earliest film poster illustrations by the legendary artist Drew Struzan. The film is the sole directorial effort from David Giler, who is now best known as a producer on pretty much every Alien film in the franchise, up to and including Alien Covenant (2017). George Segal stars as the son of detective Sam Spade, who was played by Humphrey Bogart in the first film. The plot is described on IMDb:

The son of famous detective Sam Spade carries on the family tradition of getting involved with the Maltese Falcon – and with the people who will stop at nothing, including murder, to get it.

The Black Bird was trashed by critics at the time of release and audiences stayed away too. Unless I’m mistaken, the film has never been released digitally and is only available if you still have a VHS player.