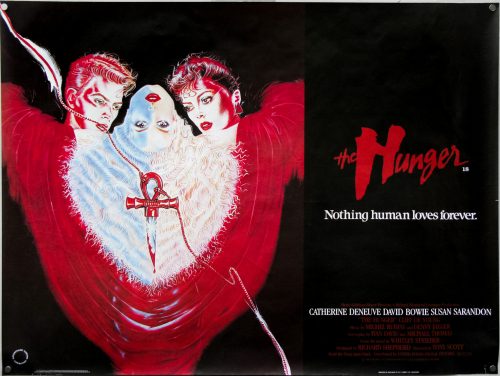 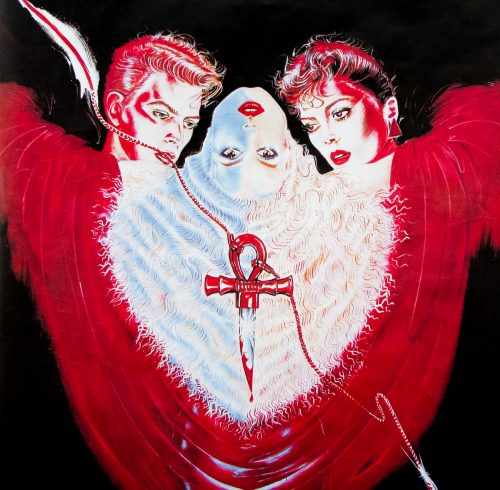 Director Tony Scott‘s feature film debut was this stylish vampire tale starring pop legend David Bowie, Catherine Deneuve and Susan Sarandon. Miriam Blaylock (Deneuve) is a centuries old Egyptian vampire who feeds upon the blood of her young lovers, both male and female, and as a result the victims don’t age; that is until she has had enough of them. John (Bowie) is one such unlucky soul who seeks the help of the scientist Dr. Sarah Roberts (Sarandon) who, after investigating John’s claims, is also caught in the vampire’s trap.

The film displays many of the characteristics that mark out a Tony Scott film, including several brilliantly shot and very stylish sequences, multiple inventive camera tricks and excellent use of classical music, although this it’s notably more subdued in tone than some of his later films. Despite the strong cast, the film failed to win over many critics on its release and was not much of a box office draw, although it has since garnered something of a cult following, particularly from the goth community.

This artwork was used on the American one sheet and I believe it has simply been cut down to fit this UK quad. Attempts to discover the identity of the artist have so far proved fruitless so please get in touch if you have an idea. 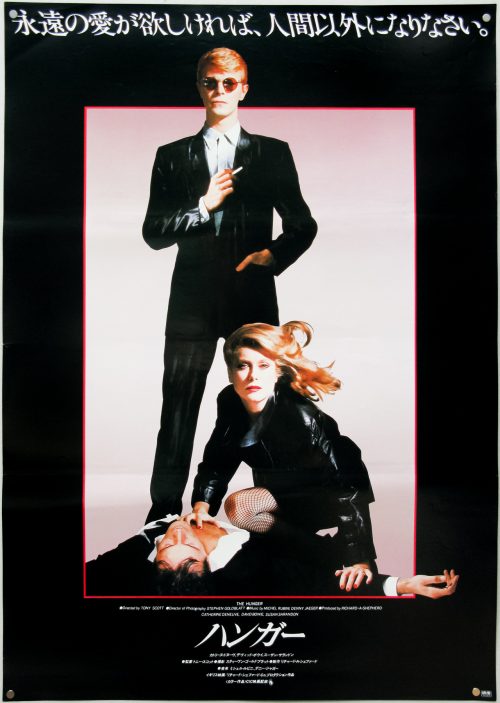 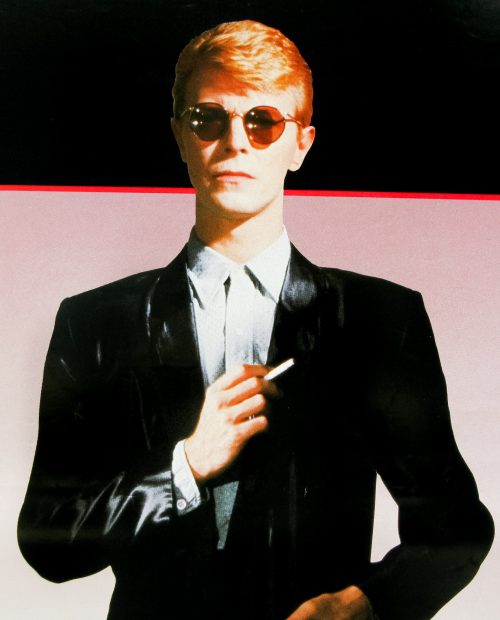