Following on from my interview with the brilliant British designer and artist Graham Humphreys, I have recently been discussing the original release of the Evil Dead quad with him, and in particular why there are two versions of it that have surfaced over the years. I have the full size (approximately 39 and 3/4″ x 30 and 1/4″) version that has a white border, but there is a more commonly seen version which has been trimmed down to remove the border and measures around 38 and 1/4″ x 28 3/4″. Graham has both of these versions and cannot recall why the smaller version was trimmed. Investigations continue and I will post the findings once all avenues have been exhausted.

In the meantime I thought I’d post some interesting Evil Dead related items that Graham shared with me recently: 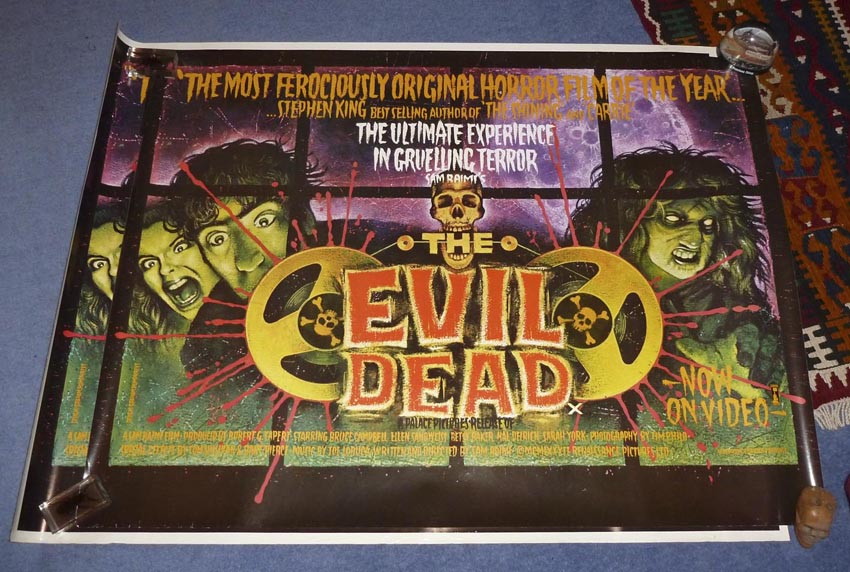 First is the picture of both of Graham’s own copies of the quad, showing the difference in size. 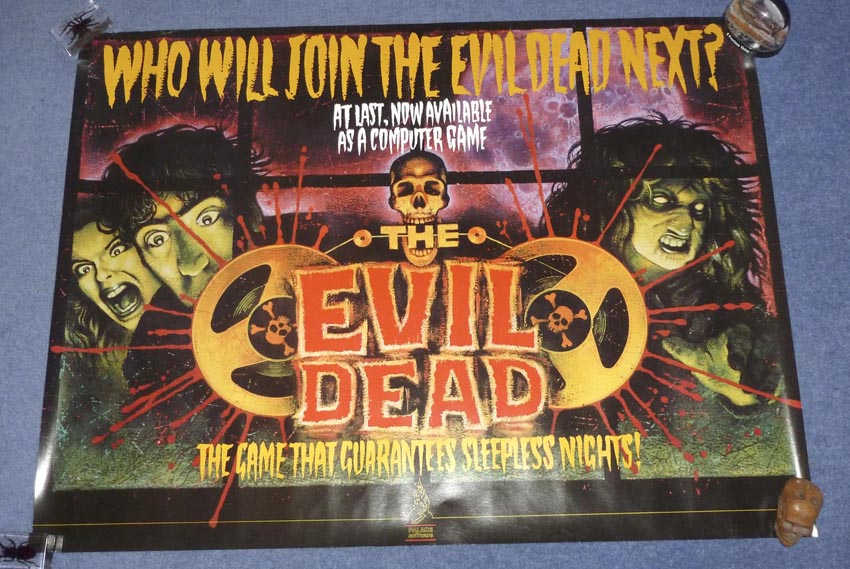 This is the poster for the Evil Dead computer game tie-in, which was released by Palace Software who were owned by the Palace Group, of which Palace Pictures (the British distributors of The Evil Dead) were a part. 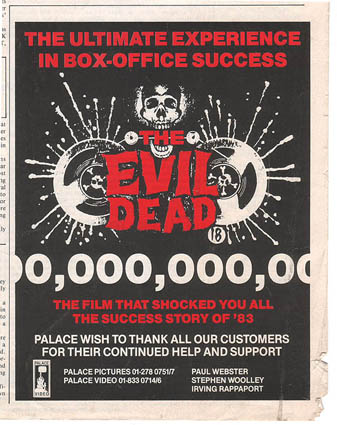 Next is a press advert designed by Graham that was announcing the incredible success of the film’s release. 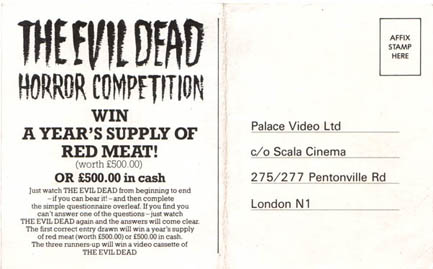 There was a competition set up around the film’s release and the top prize was £500 worth of red meat! 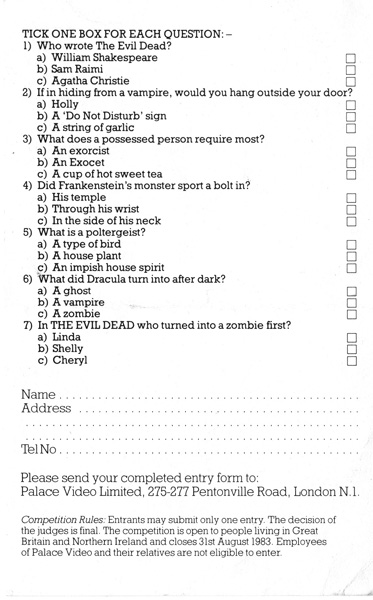 Here are the questions for the quiz 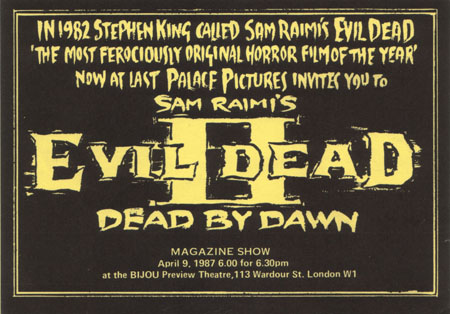 Finally here is an invite for a magazine screening of the sequel, designed by Graham.