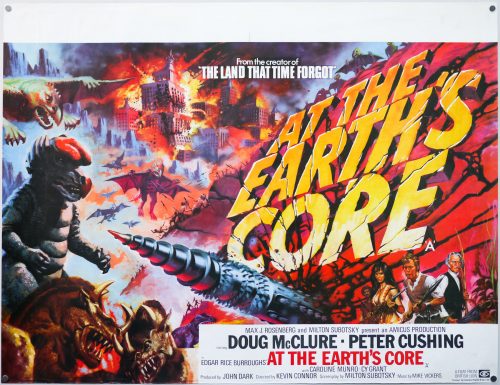 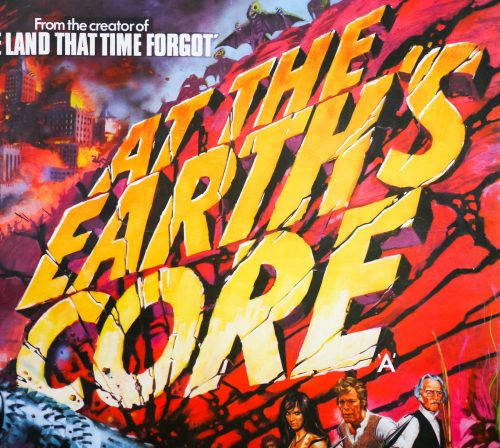 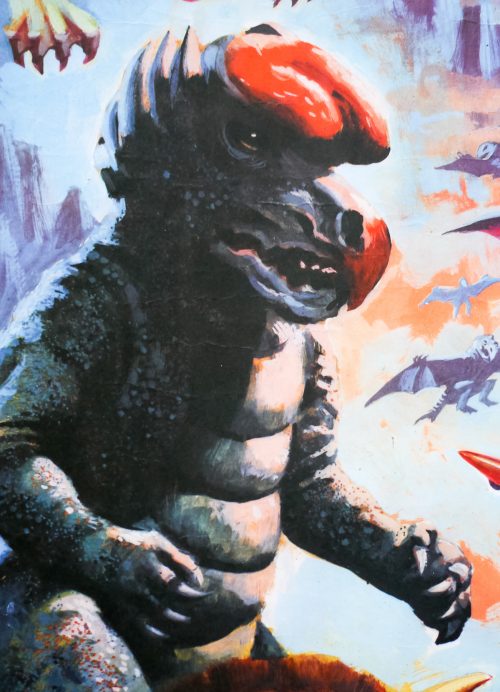 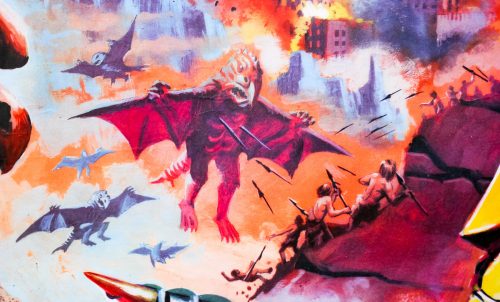 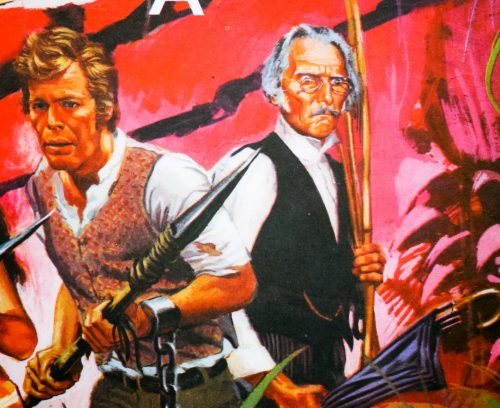 Title
At the Earth's Core

Tagline
From the creator of 'The Land That Time Forgot'

At the Earth’s Core was the first entry in a series of British sci-fi/fantasy b-movies that were directed by Kevin Connor and starred the prolific American actor Doug McClure, known for his hammy leading man performances (McClure was one of the inspirations for The Simpsons’Troy ‘You may remember me from…’ McClure). The series began with The Land That Time Forgot (1975), was followed by The People That Time Forgot (1977) and ended with Warlords of Atlantis (1978). The initial three were shepherded through production by Max Rosenberg and Milton Subotsky’s Amicus Productions, which was based at Shepperton studios and is perhaps best remembered for its series of portmanteau horror films. By the time Warlords of Atlantis was released the company was almost defunct and so EMI Films stepped in and produced it, utilising many of the same cast and crew as the previous films.

Like the first three films in the series, At the Earth’s Core is based on a novel by the American author Edgar Rice Burroughs, creator of Tarzan and prolific creator of adventure and sci-fi tales. First published in 1914, the story introduced the author’s creation of Pellucidar, which is the idea that Earth is a hollow shell with another land 500 miles beneath the crust. Pellucidar featured in a number of other Burroughs stories and Tarzan even visited it in a 1929 story.

Set in Victorian Britain, the film features McClure playing David Innes, an American financier working with scientist Dr. Abner Perry (Peter Cushing) who has built a giant drilling machine nicknamed the Iron Mole. The idea of the machine is to make the creation of tunnels much easier and the pair have decided to first test it on a Welsh mountain. After launch, the Mole takes an unexpected turn and they find themselves in a strange land with a pink sky and giant unidentified fauna. Suddenly they are attacked by a giant dinosaur-like creature with a beak-like face, but are eventually rescued by an aggressive group of pig-faced cavemen who add them to a gang of primitive humans they have enslaved, including Dia (the stunning Caroline Munro). Soon they are taken to a city ruled over by the evil, pterodactyl-like creatures called The Mahar who, they are horrified to discover, eat human sacrifices. It’s up to David to find a way of escaping from their enslavement and put an end to the Mahar’s reign of terror.

The film has aged pretty badly, not least in the area of the special effects with the creatures looking particularly hokey. The production team decided not to use the stop-motion style of the previous film and instead went for stuntmen in suits for most of the creatures. It’s safe to say that, whilst it may have wowed audiences of the time, it now looks extremely hokey. The production design is otherwise excellent, with some superb sets and lots of effort put into props like the Iron Mole. McClure is his usual ebullient self and Cushing gives it plenty of gusto, although the strange high-pitched voice he affects gets very grating after a while. The score by Michael Vickers is notably decent.

The brilliant artwork on this quad, featuring a similarly chunky title treatment as seen on the quad for the first film in the series, is by Tom Chantrell, the celebrated British artist whose dynamic and colourful work featured on hundreds of posters over a forty year period. His official website features a great biography written by Sim Branaghan, author of the must-own British Film Posters. Chantrell illustrated many classic poster designs, including several Hammer posters such as the brilliant quad for ‘One Million Years B.C.’, and was also responsible for the iconic Star Wars quad, the artwork of which ended up being used around the globe. I have a number of other designs by him on this site.

Note that there are two styles of the UK quad and I’ve called this one style 2. The more common style 1 (see this picture) is fairly similar but features a bit more artwork at the bottom of the poster. Note the extra vegetation on style 1 and the alternate placement of the credits block, with style 2’s covering over part of the fire-breathing frog. I’m not sure why there are two versions of the poster and the answer is sadly likely to be lost to time, with Chantrell having passed away in 2001. This poster is also undersized widthways but I don’t believe it has been trimmed.